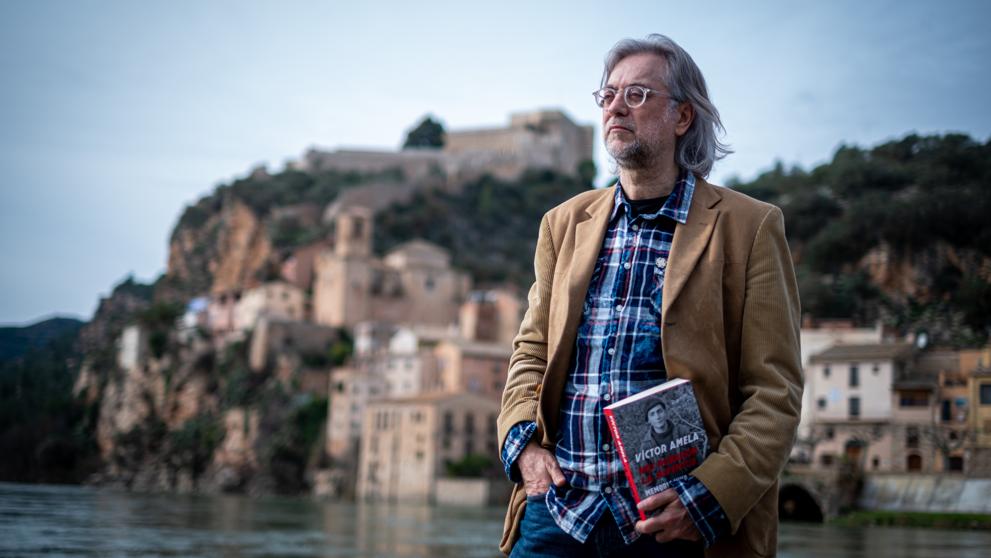 In this incredible and overflowing space of nature, more than 200,000 men fought to the death. Virtually half against the other half. More than 35,000 died and more than 100,000 were injured. “I calculated it, the battle of the Ebro it lasted 115 days … it leaves 305 dead people daily … it is a bestiality ”, says the journalist and writer Victor Amela from elevation 705, at the top of the Serra de Pàndols, on Terra Alta. At his feet, the scene of the bloodiest battle of the Civil war, the backdrop of his latest book, which does not ambition data or dates, but to dress that dramatic and quiet chapter with the emotions and experiences of its youngest protagonists: the survivors of the fifth of the bottle.

“That front of the Serra de Cavalls it was burnt land, there was not a meter of it in which a projectile had not fallen. Some survivors who came down from the positions above were injured, others with attacks of madness that we had to hold and put them inside the hiding places (…) It is very hard to witness all this, ”Amela reads as she travels the Monument to the Pau . It is a fragment of one of the seven notebooks that the feeding bottle

Enric Sanahuja and that his granddaughter lent to the journalist.

“I wanted to understand why they did not want to explain the battle of the Ebro, we must lift the veil of oblivion”

In They stole our youth (Plaza & Janés in Spanish and Rosa dels Vents in Catalan) Amela feeds on letters, personal diaries and the 25 interviews she has conducted since 2005 to the youngest survivors of that massacre, some of them published in “La Contra” of The vanguard . It uses the memories of those kids of just 18 years, who grew up suddenly with a rifle in their hands, and bashed those stories with that of the main character, who is none other than his uncle, Pepito.

“He never told me anything and I didn’t ask him more because he didn’t want to talk,” explains the nephew. Only three times there was talk of the battle of the Ebro at the Amela’s house. The first in a Christmas desktop, when Pepito unbuttoned his shirt to show a young Amela a gunshot wound in the left chest. The entrance and the exit. “They did it when he was just 18 years old, like me at the time,” he recalls. Once Uncle Pepito passed away, in 2005, letters and photos appear.

Probably the scene of the shot can be seen from the Monument to the Pau, which the survivors of the fifth bottle raised. “When they opened it in 1989, a thousand of them attended, last summer there were five,” says Amela. More than 27,000 boys born in 1920 were called up and sent to the front of the Ebro. The journalist and one of the great connoisseurs of the scenes of the battle of the Ebro, Andreu Caralt, tells Amela that among useless, deserters and ambushes crossed the I spend about ten thousand. Among them Pepito and the rest of the book’s protagonists. Half of the 10,000 baby bottles He did not survive.

The book builds the talk that Amela, and so many others, never had with their uncles, their parents or their grandparents. The testimonies place life and death in scenarios that the journalist has traveled again and again and that yesterday stepped on again and explained. With him, the editor who pushed him with this story, Joan Riambau. In Vilalba dels Arcs, for example, Andreu Canet cannot help crying every time he recounts the brutal slaughter of requetés of August 19, 1938, in which 59 soldiers died and 172 were injured. “They fell like flies, left two hours of truce to remove their dead.” In Corbera d’Ebre, with the national flags hanging on the balconies, an imposing international brigadist knocks on the door of a house: “Però xiquets .. What does veniu a fer ara?”, An old woman welcomes. Then, the relentless bombing. Despair.

Stories of betrayals and also of generosity. The horror and perhaps a moment of beauty. “Lying in the trench, I played my imaginary piano,” Pere Godall tells him. “I buried two hundred colleagues in the Sale of les Camposines,” recalls Gabriel León. “Goodness and evil shake hands, and I’ve seen it,” says Vicenç Ibàñez. And all this, for what? “In the end everyone died for nothing … I wanted to understand why they didn’t want to explain, we all come and we are marked by that, we must lift the veil of oblivion and remember,” Amela maintains.