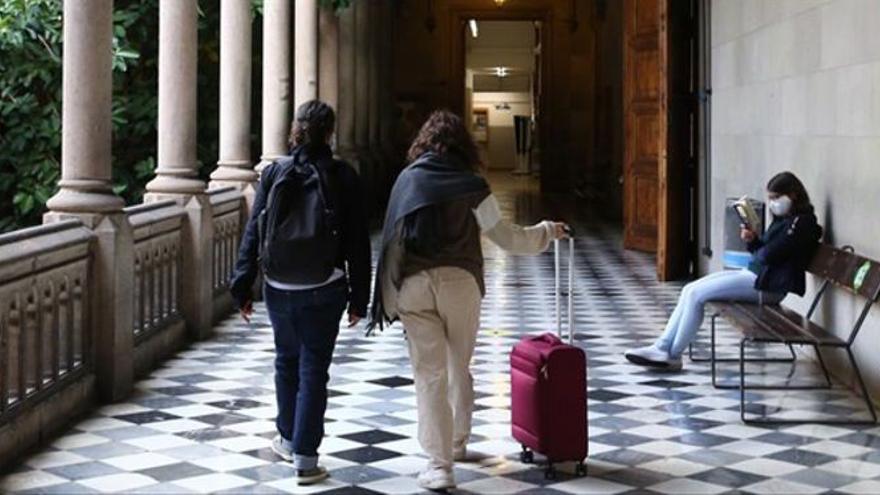 The 25 women victims of metoo on the college who broke their silence in El Periódico, a media outlet belonging to the same editorial group as this newspaper, have expressed their confidence that the initiative launched by the Ministries of Research and Universities and Equality and Feminism of Catalonia to create a protocol-guide that serves as a framework to all universities to act in cases of gender violence in the university field "They will mean a step forward to put an end to this problem" that the universities "have dragged along in profound silence for so many years."

These teachers and researchers have shown their willingness to "collaborate in the most appropriate way" with the Interuniversity Council of Catalonia (CIC) to put an end to this scourge. They have claimed, however, that these policies and actions be based on what international scientific research has shown to be essential to advance in overcoming the sexist violence in the university field.

And one of these essentials is that women are not excluded from the equality commissions of the universities who have investigated the subject or the women who have always supported the victims. The victims regret that they have been raising these demands for eight years. The victims recall that Marta Soler --professor at the UB and doctorate from Harvard-- and Lidia Puigvert --professor at the UB-- were appointed to participate in the equality commissions of their universities and later excluded for having supported victims.

Likewise, they denounce that Rosa Valls, professor at the UB and director of the first and only State investigation on the subject, "has not even been invited to participate in the equality commissions". All three are among the top 10 global experts on gender-based violence.

The voice of victims and experts

"The initiative of the ministries is very positive, but the most important thing is the people who have to promote these protocols and that they have to form the units of equality. They must be people who have stood out for having protected the victims, who have a personal and scientific career in the fight against gender-based violence", emphasizes Mar Joanpere, professor at the Universitat Rovira i Virgili. "We understand that the victims and the people who have supported them must be on these commissions," he insists.

Other international criteria that the victims ask to be taken into account are, on the one hand, the so-called 'upstander intervention', that is, promote the culture of intervention, show your face when you see an act of harassment. Linked to this point, the taking of measures to stop the isolating violence against those who support the victims. Third, ongoing institutional support for victims.

The Women and Science Commission of the Interuniversity Council of Catalonia will already address the preparation of the protocol-guide at its meeting on February 23. Representatives from all Catalan universities will attend. This commission has been promoting policies to advancing in the protection of women's rights against gender violence. One of them, last May, was the extension of protection to victims with an agreement that facilitates their transfer to another university.

The Ministry of Research and Universities, led by Gemma Geis --whose last publication as a researcher was precisely a work on second-order sexual harassment--, has in its government plan for this legislature to ensure the effective equality of women and men, promoting measures such as monitoring equality plans and university protocols. They also consider the incorporation of the gender perspective in teaching and research, a guide to advance the parity of collegiate bodies in the university system and promote positive discrimination actions in the university sphere and monitor application. All actions coordinated with the Ministry of Equality.