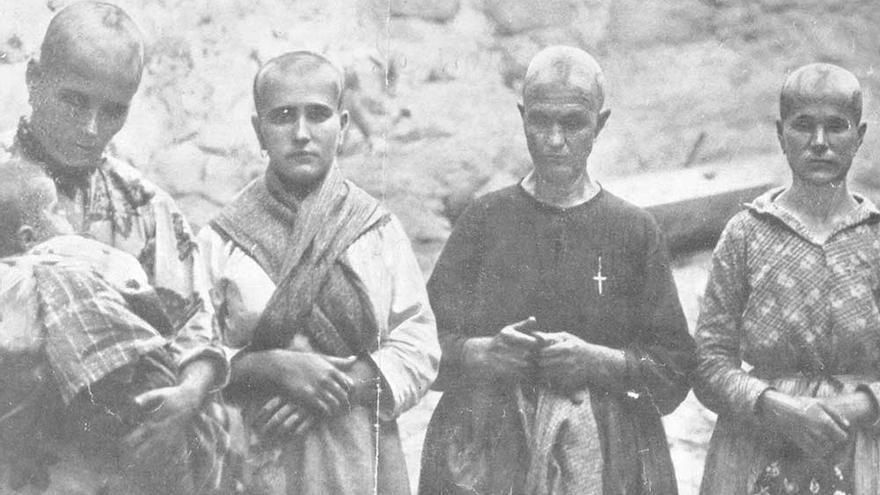 Historical Memory Associations ask the State Attorney General, Dolores Delgado, to repeal the circular that prevents the investigation of Franco’s crimes. The internal order, which was signed on September 30, 2016 by her predecessor in office, Consuelo Madrigal, is a “harmful” document for access to justice, according to Franco’s own victims. This mandate instructs provincial prosecutors on how to oppose the only open trial in the world against Francoism, the so-called Argentine Complaint. “With this I tried to put one more stone on the path of the victims of Francoism and the transition”, affirm the dozens of groups in an open letter sent to the Public Ministry in which they point to a circular “inappropriate for a democratic country that respects Human Rights”.

The prosecution torpedoed with this order the declarations of Francoist charges and victims ordered by Judge María Servini, head of the National Criminal and Correctional Court No. 1 of Buenos Aires (Argentine Republic). With the current text, the Public Ministry defends the Amnesty Law, accuses the magistrate of an interest “alien” to justice and recalls the case against Baltasar Garzón as a warning to territorial judges.

The memorialist associations cross out the circular signed in 2016 by Consuelo Madrigal “More like a political pamphlet than a letter written by a State Attorney General.” The letter, “addressed to all the prosecutors of the Kingdom of Spain”, reinforces the “impunity” of Franco’s crimes and denies “justice” to victims who have been sued in Argentina “to see their dignified claim for truth, justice and reparation satisfied,” the signers point out. Among them, there are groups from various parts of the country, such as the memory and dignity association of Soria, the Historical Memory Association of Cartagena, the Forum for the Memory of Aragon Association or the Associació Pro-Memòria als Immolats per la Llibertat a Catalunya.

The text demands the current Attorney General, Dolores Delgado, “that this circular be immediately void.” And requests that, “in compliance with the law,” urge the different prosecutors to comply with the bilateral agreements signed between Spain and Argentina. The petition was registered on July 18, coinciding with the 84th anniversary of the coup in 1936 that caused the Spanish civil war and the subsequent dictatorship of Francisco Franco.

The torpedo of the Prosecutor’s Office to the investigation of Francoism worked from the first minute, by suspending in early October 2016 the statement as a victim of former PCE general secretary Gerardo Iglesias. Judge Servini tries to determine, by taking testimonies, if the crimes committed can be considered against humanity.

The circular shows “how the Spanish state becomes guarantor of impunity” under Franco, according to the petitioners. Thus, they demand that Delgado “respect Human Rights” and that the Public Ministry stop shielding “those responsible for crimes against humanity, leaving in the most terrible defenselessness the victims of these execrable imprescriptible crimes.”

The dozens of associations of Historical Memory and victims of Franco describe the document signed by Consuelo Madrigal and respond, one by one, to the points in the circular, which, in their opinion, is “harmful” for whistleblowers in the Argentine Complaint and “makes prevail” the “criteria” of the previous Attorney General.

In a first point, the text states: “The facts that Argentina is trying to investigate are acts committed by Spanish citizens in Spain against Spanish citizens, so they would be the responsibility of the Spanish jurisdiction and not of Argentina.” And the memorial groups respond: “Mrs. Madrigal shows a total ignorance of international jurisdiction and its capacity to judge crimes committed in third countries (…) and confirms her cynicism when she says that it is a Spanish competence to judge them when there is no justice here. for the victims of Francoism and the transition ”.

The second epigraph says that the “object” of the open case in Argentina is “undetermined” and together with the temporal extension that it covers – between 1936 and 1977 – “they point to a kind of general cause radically incompatible with the very concept of criminal proceedings” . The victims say that the process is “very clear” and framed in the dates of the crimes: “It is not the victims’ fault that the repression was continued and did not set time limits.”

“The facts would be clearly prescribed,” Madrigal warned provincial prosecutors. The reply: “These crimes do not prescribe and is a way of calling Argentina justice incompetent” and Judge Servini for having admitted Case 4591/2010.

As the TS declares in relation to events that occurred during the civil war, “the logic of time would have led him to the conclusion that any person exercising functions of command and responsibility would have had an age that in 2008 would be more than a hundred years old ”(STS nº 101/2012, of February 27), writes Consuelo Madrigal in the circular. A “garden” into which the former attorney general enters, in the plaintiffs’ opinion, as it removes the “time limit” when there are “hundreds of thousands of dead and retaliated who came after the civil war.”

“The facts investigated in Argentina would be the application of the Amnesty Law“Madrigal mandates. A fifth point that is” a eulogy to this endpoint law, an insurmountable barrier to date for obtaining justice in the Spanish state for the victims of Francoism and the transition, “according to memorial groups.

Over the stolen babies, the circular of the Public Ministry indicates “that on January 27, 2011, the President of the ANADIR Association (National Association of Those Affected by Irregular Adoptions), regarding the existence of a supposed network of abduction and sale of newborns “that the Rogatory Commission will investigate” individually each reported case and that proceedings have been opened in hundreds of cases “. That the Argentine Complaint “temporarily covers the entire Franco regime does not mean that it is its purpose to judge all the crimes that occurred during this period in the Spanish state if they are not related to the violation of human rights,” the victims say. And that “initially ANADIR dissociated the removal of babies from Francoism, not considering these robberies as a systematic crime but rather as individual complaints for a continued crime with a desire to profit” while the plaintiffs in Argentina “register their demands in the sphere of crimes against humanity committed by Francoism “.

As the seventh epigraph, Consuelo Madrigal refers to the Law of Historical Memory as a measure for the “recovery of the dignity of the victims”. And he stresses that “the truth” in this case “is not for justice to determine if it is not for historians”. The current legislation “in process of supposed modification” – the Government plans to bring the Council of Ministers the future Democratic Memory Law before the end of July – it is “an endpoint law” and the victims “don’t need any historian to tell them the truth, they already know it, and they demand justice,” they rectify.

The eighth point rules: “The aforementioned Rogatory Commissions are processed under the protection (…) of the Extradition and Legal Assistance Treaty in criminal matters between the Kingdom of Spain and the Republic of Argentina”, but “the Spanish authorities could not grant the extradition, as they are facts that are the competence of the Spanish courts, prescribed and amnestied. ” And that it is, in addition, “absolutely unfeasible that the Argentine Justice can get to judge the facts of reference”. The victims censure the “insulting colonial mentality” with which, in their opinion, Madrigal draws up the circular while recalling, as an example, that Argentina does “have tried those responsible for the crimes committed during its military dictatorship and that they repealed its laws of End Point and due obedience. ”

Madrigal also recalls that Judge Baltasar Garzón, for trying to do what the Argentine justice intends, was subjected to a criminal case by the Supreme Court “and that he was spared due to some technicalities.” Or that the “international aid” requested, according to point nine, incurs “in incongruity between the events reported and the proceedings whose practice is requested”, which gives rise “to a cause of automatic denial.”

If there is a “defect in form” and the Argentine courts “do not write their letters well,” the solution would be “a request to change the wording” and not take advantage of the circumstance “for automatic denial,” the victims claim.