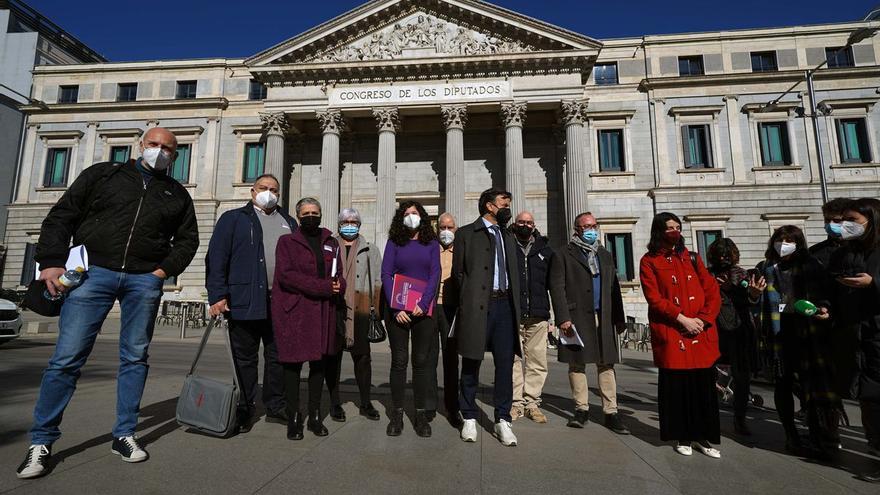 The news that the Spanish Episcopal Conference (EEC) going to order the office Cremades & Calvo-Soteloa law firm close to the bishops, a audit on the sexual abuse has caught the victims off guard. Or, at least, to several of those who can act as spokespersons for a group – the one made up of people who have suffered pederasty by priests of the church– that is dispersed throughout the Spanish territory and that, for the most part, remains silent and anonymous.

"That it moves is good, it is important, it means that they have understood that they have to do something", he reasons in reference to the episcopate Alexander Pigeonswriter who suffered sexual abuse during his schooling at the La Salle Premià de Mar school by Brother Jesús Linares. But the victims won't give up so easily "The distrust" towards an institution that has tried for years to cover up the pedophilia that has grown within its walls, turning its back on minors who suffered from it so that it does not splash the prestige of the organization. In the same way, Vicki Bernadette, president of the foundation that bears her name and which is the oldest in Catalonia that accompanies people sexually assaulted in their childhood in Catalonia, does not see favorably that the lawyers chosen by the conference are so close to the Church. Although Bernadet stresses that she will support any movement that goes in the direction of making reparations to the victims, she regrets, like Palomas, that the initiatives that have been taken in recent weeks could end up wasting the opportunity to truly and thoroughly investigate all the cases of abuses. "We want an independent commission, led by experts and that listens to all the victims willing to speak," explain both Bernadet and Palomas.

And the religious orders?

Manuel Barberfather of the first complainant of the Marist Casehas drawn attention to an essential point of the announcement of the Spanish Episcopal Conference that has not been clarified: Does the audit that the firm will carry out include the religious orders?, question. Most of the pederasty scandals uncovered in Spain in recent years have been in religious orders such as the the Marists, the Jesuits or, most recently, de La Salle.

Michael Hurtadospokesperson in Spain for the international organization End Clergy Abuse (ECA), in addition to focusing on the same doubt as Barbero, recalling that "the epidemic of abuse" is centered on these religious orders that have protected thousands of schools throughout the Spanish geography for decades, he also recalls that the dioceses They are organizations with a high degree of autonomy. And each diocese can decide whether or not to accept to participate in the audit to be carried out by the law firm chosen by the conference. "We don't know the degree of acceptance that exists among the dioceses," says Hurtado, pointing out that if they oppose the announcement of the conference, it would not have any effect.

The president of the firm Cremades & Calvo-Sotelo is the lawyer Javier Cremadesalso chairs the Living Madrid Foundation, which is defined as "a bridge between civil society and the Church of Madrid", explained this newspaper. Last April, the Spanish Church numbered 220 cases of abuses in the last two decades, a figure that pales in comparison, for example, with the report promoted by the French prelates, who in October, after two and a half years of work, estimated in a report that from 1950 to 2020 they were abused 216,000 minors in the neighboring country.