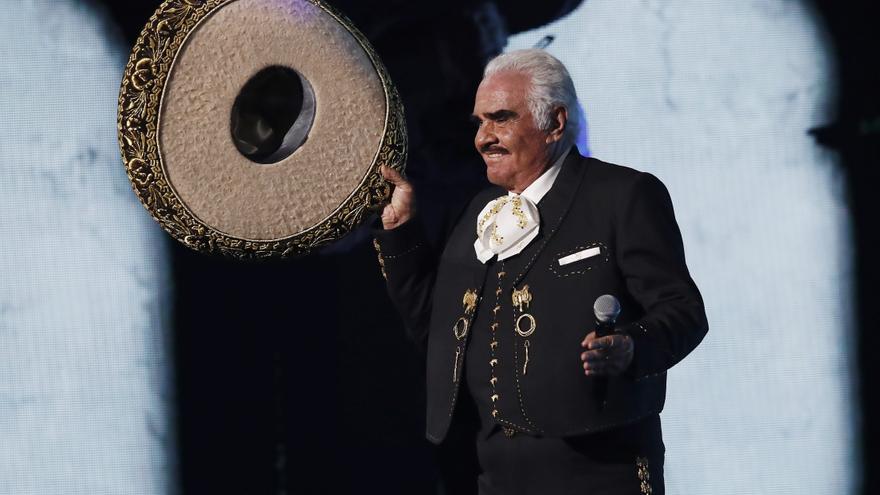 Guadalajara (Mexico), Aug 9 (EFE) .- The 81-year-old singer of ranchera music Vicente Fernández, was hospitalized this weekend in the Mexican city of Guadalajara to undergo surgery after an accident in which he was injured cervical, his family reported to the media.

The interpreter’s son, Vicente Fernández junior, announced in the last hours that his father was transferred by ambulance from his ranch “Los tres potrillos” after suffering a fall in his room.

The so-called Charro de Huentitán arrived at a private hospital on Sunday morning and was taken to the operating room to relieve a cervical injury that came out well, his son reported.

After leaving the hospital, he revealed that Fernández is “stable, sedated” and awaiting the results to evaluate his progress, so his prognosis is encouraging.

This is the second time that the interpreter of “Divine Women” has recently had health problems, since on July 7 he suffered a urinary infection that kept him hospitalized for two days.

Fernández has overcome several illnesses in recent years, including prostate cancer in 2002; the removal of a tumor in the liver, in 2012; a thrombosis that caused him to lose his voice, in 2013, and a surgery to remove three abdominal hernias, in 2015.

Although in 2016 the singer announced his retirement from the stage, he has remained active on social networks, recording songs and making special presentations with his children and grandchildren, who have followed in his footsteps in Mexican popular music.

Born on February 17, 1940 in Huentitán el Alto, in the municipality of Guadalajara, Vicente Fernández is considered a legend of Mexican music, with almost fifty years of career.