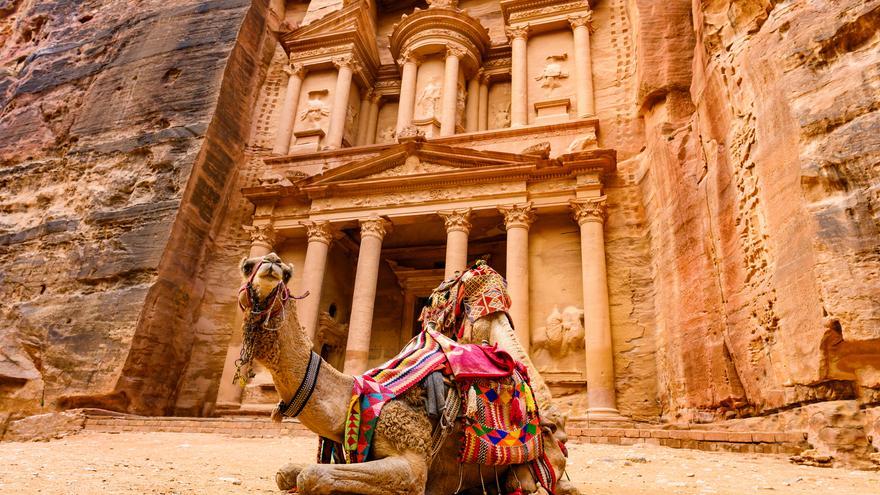 The travel magazine will undertake, from April 10 to 17, what is already his tenth expedition. An incredible journey, organized by B the travel Brand Xperience and in collaboration with the Spanish Geographical Society, to discover one of the wonders of the world: Petra.

The expedition, which offers a limited number of places, will have an exceptional guide, Elena del Amo, a journalist passionate about Arab culture, a postgraduate in international information, a master's degree in Intercultural Relations and a contributor to Viajar magazine.

During the tour, travelers will spend a full day visiting Petra, known as the “pink city”. You will visit the Tomb of the Obelisks, continuing through a canyon over 1 km long, behind which the Treasure is discovered, a colossal tomb decorated with columns and sculptures of incomparable beauty. As impressive as the colossal El Deir monastery and the Al Bared area, known as little Petra. An area that is not usually visited, but on this occasion is part of the Expedition route.

Wadi Rum, also called the Valley of the Moon, is another of the wonders that travelers on this expedition from Viajar magazine will be able to discover, in an unforgettable 4×4 ride. This desert valley, used as a base of operations by the famous Lawrence of Arabia, is known for its spectacular rock formations, one of which is named after Lawrence's best-known book, The Seven Pillars of Wisdom. Filming location of Dune, Mission to Mars and Episode IX of Star Wars, among others, the desert is included in the UNESCO World Heritage list.

The trip also includes a visit to Amman, to see the Citadel, the Archaeological Museum and the Roman Theater. The perfect preamble to get to know Jerash, also called the "Pompeii of the East" due to its importance and its magnificent state of conservation. Travelers will be able to admire, among others: Hadrian's Gate, the Hippodrome, the Theatre, the Agora or forum with its complete colonnade, the Cardo Maximus, the Temple of Zeus and Artemis.

There will also be time to be dazzled by two fortresses, protagonists of the Crusades, such as the Ajlun Castle, built in 1185 and later rebuilt in the 13th century by the Mamluks after its destruction by the Mongols. A historical vestige as interesting as the castle of Shobak built by Baldwin I, King of Jerusalem, to control the caravan route between Syria and Egypt.

Another of the essential stops will be made on Mount Nebo, the place from which Moses saw the Promised Land. The visit to the summit, the views of Canaan and the Byzantine church will make up another of the great stages of this Expedition.

Jordan thus becomes the tenth destination of these already mythical expeditions organized by Viajar magazine and which have allowed many travelers to discover first-hand places as fascinating as Argentine and Chilean Patagonia, Persia, the Silk Road, India or La Antarctica, to name a few.

To participate, you can find all the information about the flights, accommodation, price, itinerary and the complete program of the trip to Jordan on the web: www.expedicionviajar.org. You can also go to the physical store of B the travel brand Xperienceal phone number 91 484 11 11.