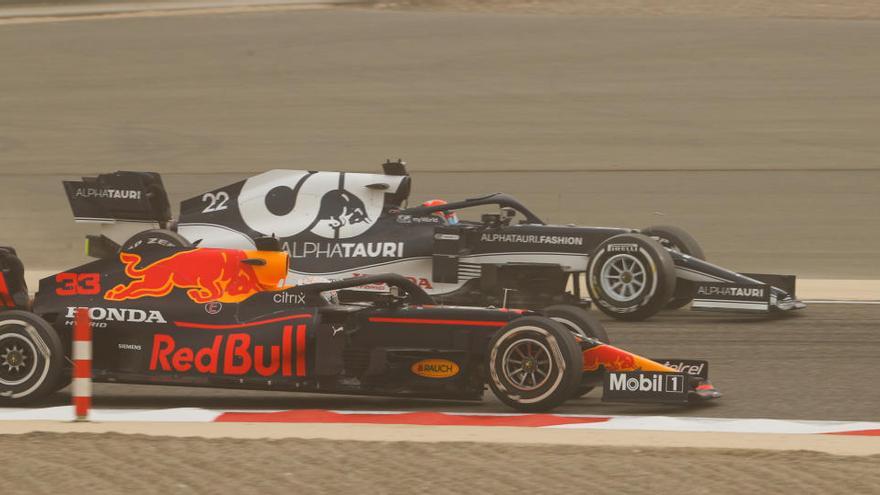 Dutch Max verstappen (Red Bull Racing-Honda) set the best time at the Bahrain circuit this Sunday on the third and last day of the only series of preseason training before the start of the Formula One World Championship, between March 26 and 28 in this same setting.

Verstappen set a time of 1: 28.960, the best of the three days, and surpassed another Honda-powered rider, the Japanese, by 93 thousandths. Yuki tsunoda (AlphaTauri-Honda), and in 651 to the third, the Spanish Carlos Sainz (Ferrari), while his compatriot Fernando Alonso (Alpine-Renault) said goodbye with the ninth best time, 1,358 seconds behind the Dutch.

Behind the leading trio ended the Finn Kimi raikkonen (Alfa Romeo), at 806; the British Lewis hamilton (Mercedes), at 1,065, and George Russell (Williams), at 1,157; Australian Daniel Ricciardo, at 1,184; and the mexican Sergio perez (Red Bull-Honda), which was the best in the morning session this Sunday and closed the day in eighth place at 1,227.

The closing session was resolved in the last hour, in which there was a relentless fight. Verstappen rode Pirelli's C4 soft compound to score that 1: 28.960.

After a morning session in which most of the teams focused on the long runs, the times started to tick down. gradually improve As dusk fell in Sakhir.

The most incisive was from the beginning of the hostilities Verstappen himself. First, with unmarked medium tires he did a 1: 29.942, which was already the best time of the three days, and made him the first to lose 1:30.

From there the teams began to mount the softer compounds. And with just under an hour to go the newcomer Tsunoda took the lead with a 1: 29.777 that knocked Verstappen out of the lead.

Then it was Raikkonen's turn, who, with the softer C5 compound, took the lead. But he was quickly overtaken by Verstappen with the medium tire.

In the closing bars Carlos Sainz he placed third with a lap of 1: 29.611 on soft tires, followed by Raikkonen, who led the distance table with a total of 166 laps.

The seven you see world champion, Lewis Hamilton, He was fifth after a low-key afternoon. The Englishman was gradually cutting his personal best while collecting data for Mercedes, but also suffered a spin at the exit of the last corner, reports Autosport.

The British Lando norris (McLaren-Mercedes), and the French Pierre Gasly (AlphaTauri-Honda) and Esteban Ocon (Alpine-Renault), who drove in the morning, were left out of the top-10, followed by the Haas-Ferrari duo formed by the Russian Nikita mazepin and german Mick schumacher and the Mercedes of the Finn Valtteri Bottas, which was the best on Saturday.

Aston Martin-Mercedes drivers, the German Sebastian Vettel and the Canadian Lance Stroll, ended up at the bottom of the timesheets having chosen not to focus on set competitive lap times. After completing 56 laps in the afternoon, Vettel's work ended early due to a turbo problem, Autosport notes.

The teams are already focusing their efforts, off the slopes, on the Bahrain Grand Prix, that will open the F1 World between next 26 and 28.