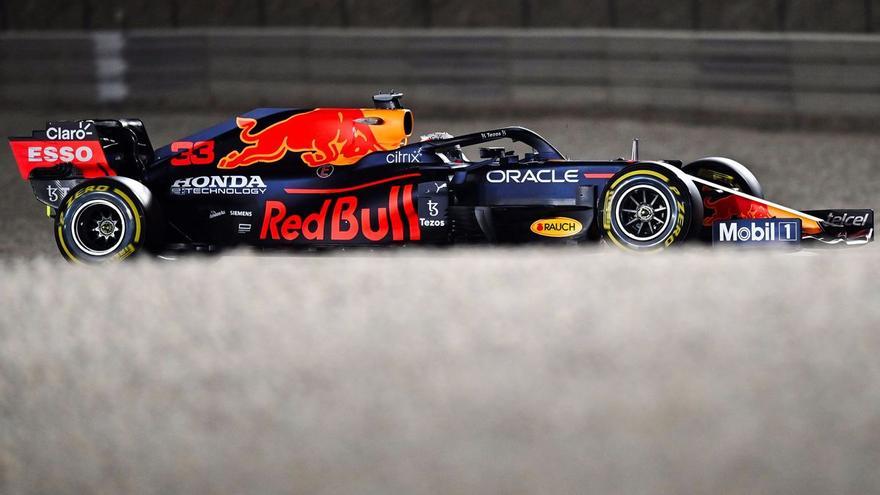 English Lewis hamilton (Mercedes), seven times world champion of Formula One, will try to save this weekend, in the debutante Saudi Arabia, the first ‘title ball’ that the Dutchman will have Max verstappen (Red Bull); who, with two races remaining, leads the World Cup with eight points clear of him (351.5 vs 343.5).

Hamilton, 36, winner of the last two tests, in Sao Paulo (Brazil) and in Qatar, has turned red hot the world most disputed in recent years, in which both contenders depend on themselves. The English star will capture an unprecedented eighth crown if he wins the two remaining races; but Verstappen, 24, could already celebrate the title next Sunday in Jeddah: if he wins with a fast lap and Hamilton does not improve a sixth; if he wins and the British does not exceed the seventh; if he finishes second with the quick spin and the seven-time champion does not improve the tenth; or if he is second and the captain of Mercedes does not score.

Saudi Arabia, which will host the penultimate of the 22 races that make up the World Cup, this weekend will become the fourth country in the Middle East to host an F1 Grand Prix, after Barein (2004), Abu Dhabi (United Arab Emirates, 2009) -which will close the contest a week later- and Taste, debuted two weeks ago in Losail. Where, when finishing third, behind ‘Sir Lewis’ and ‘Mad Max’, the Spanish shone again Fernando Alonso (Alpine), who posted their 98th podium in the premier class, their first in more than seven years. The Asturian double world champion contained the final arreón of the Mexican Sergio perez (Red Bull), who had to settle for fourth place in a race that the other Spaniard, the Madrilenian Carlos Sainz (Ferrari), finished seventh.

From the shores of the Persian Gulf, F1 passes to those of the Red Sea, where Jeddah will host the first Grand Prix of Saudi Arabia in history. A test that will be held on the second longest track in the championship, after Spa-Francorchamps, home of the Belgian Grand Prix (7,004 meters).

The one in Jeddah measures 6,175 meters, has 27 curves and is destined to become the fastest street circuit in the world. And on Sunday a total of 50 laps is scheduled to take place at night and under artificial light: to complete a 308.7-kilometer route.

The biggest headache for the sole tire supplier (Pirelli), on a newly built track that will open this weekend (Losail, in Qatar, already hosted the Motorcycle World Championship since 2004) was the choice of compounds. Finally, the intermediate range was chosen: C2 (hard, recognizable by the white stripe), C3 (medium, yellow stripe) and C4 (soft, red); With whom he will shoot from this Friday, when free practice starts. Some rehearsals that will be completed on Saturday, hours before the qualifying session, which will order the starting grid for the Sunday race.

Alonso, 40, who, after two absent from her – in which he won, among others, the World Endurance (WEC) and 24 Hours of Le Mans (France, twice) – he reconfirmed in Qatar what he had declared to Efe in Austria a couple of months ago: that “in F1 the important thing is not age, but the stopwatch.” The brilliant Asturian driver returned to a premier class podium that he had not climbed since July 2014, when he was second, with a Ferrari, in the Hungarian Grand Prix that year.

He was voted ‘Driver of the Day’ and deserved the praise of almost everyone. “We all know how good it is”, affirmed the leader of the World-wide one on Alonso; tenth in the World Cup, with 77 points: 17 more than his French teammate Esteban Ocon, fifth in Qatar.

The two Alpine riders -who in Losail reinforced the fifth place in the also tight Builders World Cup, which leads Mercedes with 546.5 points, five more than Red Bull – they were two of the great stars at the Gala of the Golden Ball from soccer, in Paris. Where they entered the theater that hosted the event carrying the trophies that the Argentine took Lionel messi (for the seventh time) and the Spanish Alexia Putellas.

Sainz, 27, is seventh in the World Cup. The Madrilenian from Ferrari he has 145.5 points, only six and a half less than his Monegasque colleague Charles Leclerc; And he also has a shot, with two races remaining, the fifth place occupied by his former English teammate Lando Norris (McLaren), who surpasses him by 7.5. The ‘Scuderia‘has established itself in third place in the team competition, in which it adds 297.5 and improves by 39 and a half points to Mclaren.

‘Checo’, born 31 years ago in Guadalajara (Jalisco), who won this year in Azerbaijan added his second win in F1, he is fourth in the World Cup, with 190 points. And, apart from contributing his talent in favor of Verstappen and Red Bull, he still opts, in the final two races, to finish the contest in third position: the one now held by the Finn Valtteri Bottas (Mercedes), which exceeds it by thirteen points.