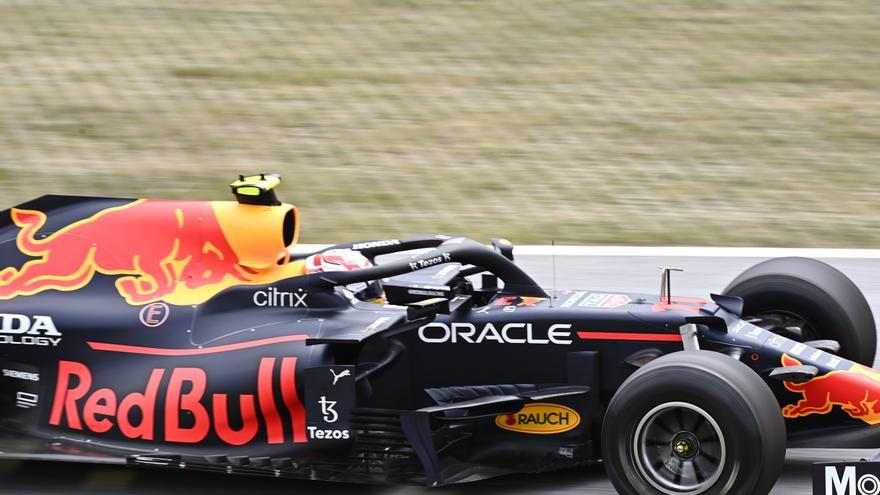 The dutch Max verstappen (Red bull), leader of the World Cup Formula One, set the best time this Friday in the first rehearsal for the Austrian Grand Prix, the ninth of the contest, which is held on the circuit owned by its circuit, in which Carlos Sainz (Ferrari) marked the third time and the other Spanish, Fernando Alonso (Alpine), I do not participate.

In the best of his 36 laps, Verstappen covered the 4,318 meters of the Spielberg circuit on a soft tire in one minute, five seconds, and 143 thousandths, 266 less than the Monegasque Charles Leclerc, Ferrari partner of Spaniard Carlos Sainz, third, 288 thousandths behind World Cup leader, which gave the same laps as the previous one (33) in a session in which the Mexican Sergio perez (Red Bull) marked the eighth time.

‘Checo’, third in the World Cup -with 69 points-, repeated thirty times the track on which his Dutch teammate won last Sunday and he finished fourth. The Mexican stopped the clock at 1: 05.726, stayed 583 thousandths behind Max and registered eighth in the times table; one place behind the seven-time English champion (566 thousandths), second in the World Cup, 18 points behind Verstappen.

At the beginning of the session, which It was played with cloudy skies and ended with 19 degrees Celsius ambient and 33 on the asphalt, experimental tires were tested before everyone set their best time on the soft tire.

The double Spanish world champion Fernando Alonso did not participate in this first trial, in which he gave his Alpine to Chinese Guanyu Zhou, Formula 2 leader and tester for the French team. The Asian signed the fourteenth time and stayed one second and two tenths behind Verstappen, in a session in which some track exits were recorded -without major consequences- among which those of the Canadian stood out. Lance Stroll (Aston martin) and Russian Nikita mazepin (Haas).

The British Callum Ilott also shot in the first free. The Englishman got on the Alfa Romeo of the Italian Antonio Giovinazzi and registered sixteenth in the timesheets, one second and four tenths behind the leader of the World Cup.

Another novelty in the first test was the Israel Roy Nissany, who piloted the Williams of the Englishman George Russell and finished eighteenth – a second and a half behind the Dutchman -, one place ahead of the other official driver of the Grove team, Canadian Nicholas Latifi.

The second free training It will be played from three o’clock in the afternoon (13:00 GMT hours).