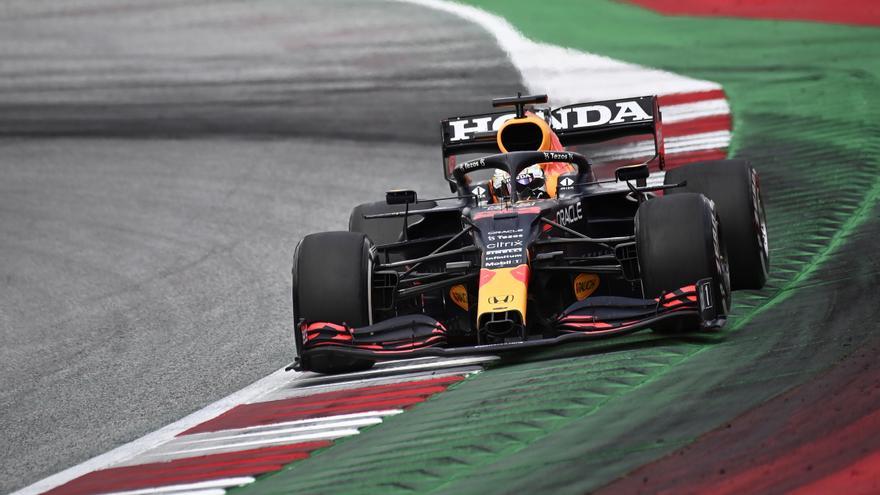 The dutch Max verstappen Y Red bull more leaders return to spielberg circuit, owned by the Austrian team, headquarters last Sunday of the Styrian Grand Prix and that this weekend will host the ninth of Formula One World Cup, that of Austria; where Mercedes, the great dominator of the past years, must hopelessly seek a counterattack.

Verstappen, 23, scored his fourth win of the year on Sunday, raising to 18 the advantage points (156-138) that takes him to the sevenfold English world champion Lewis hamilton, of 36; leader of Mercedes. Team that had never stopped winning both titles during the past seven years and that now also supports Red Bull in the Constructors’ World Cup, in which it is forty points (252-212) behind the team that demands a change of cycle in the queen category.

The Dutchman’s victory on the Spielberg track -where your Mexican partner Sergio perez, third in the World Cup (96), was fourth- It was the fourth win in a row for Red Bull, something that had not happened since 2013, last year of the glorious quadrennium led by the German Sebastian vettel. And since a year later, with the beginning of the hybrid era that marked the birth of its sports tyranny, Mercedes had never stopped winning four races in a row.

These two circumstances came together last Sunday at the Red Bull Ring, so The ‘silver arrows’ better have a quick reaction at Spielberg if they don’t want the World Cup to start to go uphill. “We knew that at some point things could get complicated. But we did not throw in the towel,” warned Austrian Toto Wolff, Mercedes team chief.

Hamilton aims to capture an unprecedented eighth title with which to break the historical record that joins German Michael Schumacher since last year; and, hand in hand, he does not want to reach ‘his’ Grand Prix -the next after Austria-, in Silverstone (Great Britain), without options, at least, to regain the leadership that he lost in Monaco.

In Monte Carlo it was precisely where Carlos Sainz achieved, by finishing second, the best position of Ferrari in so far this year. The Spaniard had arrived in Austria not without some concern eight days ago, after a bad weekend in France, where neither he (eleventh), nor his Monegasque partner Charles Leclerc (sixteenth) entered the points.

In Spielberg what happened at Paul Ricard was reversed; and after a lazy Saturday, a better Sunday arrived, in which the Madrid driver (seventh in the World Cup, with 50 points) advanced six places -which could have been seven had he not had to run fifteen laps behind Hamilton, who had doubled it after entering the pits- to, after starting twelfth, finish sixth. One place ahead of Leclerc.

The other Spanish, the Asturian double world champion Fernando Alonso, increasingly readjusted to a category in which he did not drive for the past two years, extracted everything he could from Alpine to finish ninth. The same position in which he had finished qualifying, in which he leveled the mark of internal confrontations (4-4) with his French teammate Esteban Ocon.

The Red Bull Ring is a 4,318-meter track where – as last year, to configure the complicated calendar of the World Cup of the pandemic – the test is repeated. With characteristics almost identical to the Styrian Grand Prix, since 71 laps will be made around the track, to complete 306.5 kilometers; but with tires of a softer compound range. In an area where it can go quickly from a great heat to a huge storm; but where since Tuesday night the temperatures have dropped significantly.

Alonso, who for the first time will repeat a race on the same circuit in his long and brilliant career in F1 -and that he explained to Efe that between now and the end of the season little more can be expected, since everyone is focused on next year-, he said after the last race that that was pretty much the best I could hope for; on a track where I would not see, for that reason, with bad eyes, that next Sunday it would rain.

Starting this Friday, when free practice starts, the C3 (hard, recognizable by the white stripe), C4 (medium, yellow stripe) and C5 (soft, red) compounds will be shot. And during the first test, the Chinese Guanyu Zhou, leader of Formula 2 and member of the Academy of the French team, will get on Alonso’s Alpine.

‘Checo’, who has more than earned and a renewal that could be announced sooner rather than later, will seek the podium in his 200th Grand Prix. By winning in Baku he equaled the two triumphs that the mythical Pedro Rodríguez achieved for Mexico, who, before dying in an accident in 1971 – in the 200 miles of Norisring, in Nüremberg (Germany) – had won the South African Grand Prix in 1967; and from Belgium, three years later. And at Paul Ricard he accompanied Verstappen on the podium, finishing third.

Last Sunday, the Mexican was ruined the possibility of getting into the box in a bad pit stop; although at the end of the test he was very close to reaching Bottas. This time, he will not resign a position of honor. ‘Checo’ aims, at his team’s home, for his thirteenth podium in F1.