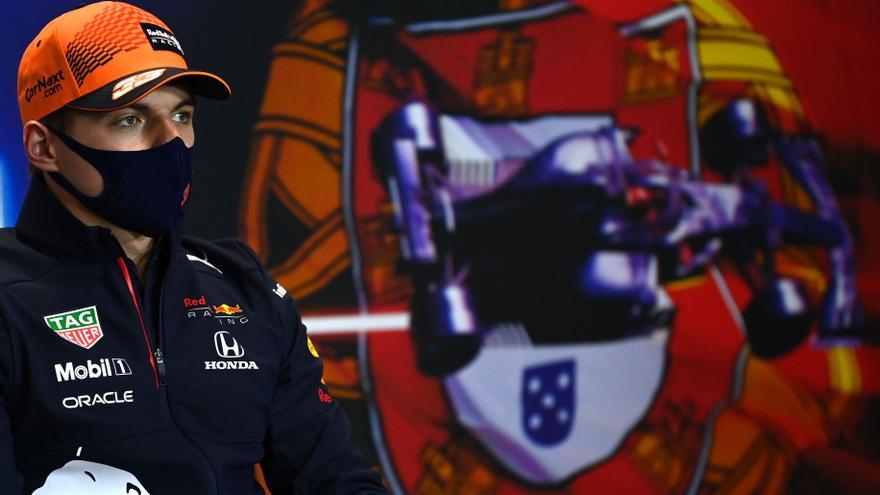 The dutch Max verstappen (Red bull), winner two weeks ago in the Emilia Romagna (Italy), will question the leadership of the English sevenfold world champion Lewis hamilton (Mercedes) in Portimao; headquarters of Grand Prix of Portugal, the third of the World Cup Formula One, which takes place this weekend in the aforementioned Algarve circuit.

Verstappen invested positions with Hamilton, winner in Barein, who retained the leadership of the contest thanks to the extra point achieved by setting the fastest lap at Imola. Where the spanish Carlos Sainz (Ferrari) was fifth; and his compatriot the double Asturian world champion Fernando Alonso (Alpine) scored his first point by finishing tenth, one place ahead of the Mexican Sergio perez (Red Bull).

Portugal will host for the eighteenth time an F1 Grand Prix (it organized another eight, but they did not make up the World Cup) after having returned -14 years after having done it for the last time, in Estoril- to the calendar of the premier category in 2020.

Portimao will host the third of the 23 races scheduled this year. It will close a week in which it was announced that Turkey will replace Canada in the calendar (June 13) and that there will be three qualifications - two in Europe, one of them in Silverstone (UK), and one in America - that will be resolved through a sprint race on Saturday; who will order the Sunday grid and will award 3, 2 and 1 points, respectively, to the first three. The starting order of that short test will be decided on Friday, with a timed with the usual format of three rounds (Q1, Q2 and Q3).

Last season, Hamilton led in Portugal, ahead of the Finn Valtteri Bottas, one of his innumerable 'doublets' with Mercedes. Team that shortly after would celebrate its seventh consecutive title, coinciding with the seventh crown of the English star.

Verstappen, third that day, now fights against the statistics, not only in Portimao - where, after all, he has only raced once. Third in the last two World Cups, behind the two Mercedes, 'Mad Max' definitely lost the opportunity to become the youngest champion in history in 2020. But, apparently in the first two races, He must confirm that he will not only be the main opponent of an unprecedented eighth title for Hamilton, but that this may, at last, be his great year.

At the moment, he is one point behind the spectacular and eccentric English champion, who leads the World Cup with 44 points, 16 more than the third, his compatriot Lando norris (Mclaren), Sainz's former colleague. After a spectacular start, the Madrilenian completed a great race and was fifth two Sundays ago at Imola; behind his old English teammate - who, after being fourth in Barein, took the podium - and the other Ferrari, the one from Monegasque Charles Leclerc, fourth in the World Cup, with 20 points. Six more than Sainz: sixth, two behind Bottas. In a contest that at its start hinted that the hierarchy is maintained, but the differences are reduced.

Mercedes, seeking an eighth title in a row, leads the Constructors' World Cup with 60 points, seven more than Red Bull, which with the contribution of Mexican Sergio Pérez will discuss the hegemony of Brackley's team. McLaren has 41 and Ferrari is fourth, with 34.

'Checo', fifth after a great comeback in Barein - where last year he celebrated his first F1 victory - he came second (his best grid position in the premier class) at Imola. Where he was harmed by the safety car that entered after the accident of Bottas and the English George Russell (Williams), which caused the red flag; and the subsequent penalty (10 seconds) for overtaking the Australian Daniel Ricciardo (McLaren) with the 'safety car' on the track.

The brave driver from Guadalajara arrived, however, with "motivation through the roof" to Portugal. "ANDn Red Bull we are preparing the race weekend to get the most out of it, because we know that if we do everything well we have a real chance of winning the race ", he opined. Sainz, fifth in Imola and eighth in Sakhir, he was sixth last year - just ahead of 'Checo' - in Portimao. A track of 4,653 meters, with 15 curves (nine of them to the right) to which on Sunday it is planned to do 66 laps, to complete a route of 306.5 kilometers. Of which the Spaniard from Ferrari - who last week completed a 300-kilometer test at Fiorano with the 2018 car - has good memories of his departure, in which he went from seventh to first in the first laps in 2020.

Alonso -author of the 32 victories that Spain has in F1 throughout its history- will face his third race, after two years away from the premier class, on the Algarve track. Where this Friday the free practice of a Grand Prix will start in which, in dry, se will roll with the hardest compounds: C1 (the hardest, recognizable by the white stripe), C2 (medium, yellow stripe) and C3 (soft, red).

The great Asturian pilot, who did not finish, due to a brake problem, in Sakhir - where he climbed three times to the top of the podium - added his first point of 2021 two Sundays ago, after the Finnish sanction Kimi raikkonen (Alfa Romeo), who had finished ninth, but penalized 30 seconds for violating the 'highlight' procedure after the red flag. Alonso indicated that Portimao will be "a totally different challenge compared to Bahrain and Imola" and that he wants to "score more points this weekend" at the Autodromo del Algarve.