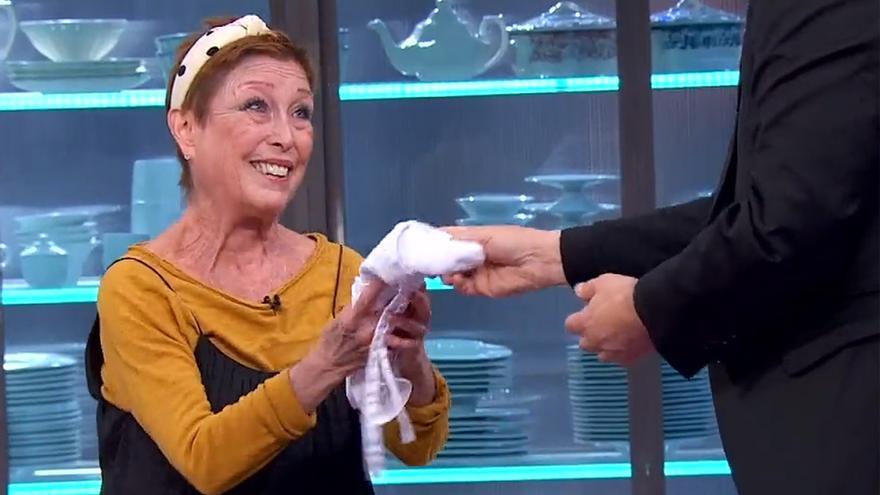 The exhaustion has finally been able to with the star of the sixth edition of ‘MasterChef Celebrity‘, the actress Veronica Forqué, who has voluntarily abandoned the program broadcast this Monday, at the gates of the semifinal, for not being physically prepared.

“You have to be consistent and, if I can’t take it anymore, I can’t take it anymore“said the 65-year-old actress, who appeared on the set of the contest (which was recorded months ago) to announce her decision. Forqué had already withdrawn in the final test of the previous program for the same reason and finally did not has been able to continue in the culinary contest.

The interpreter of ‘What have I done to deserve this?’ has been the great sensation of this edition of the contest in which famous personalities fight to see who cooks better and their histrionic attitudes have not been without controversy in successive tests, especially in team events, where they have had some confrontations with their teammates.

Even so, in their farewell they have had words of affection. “Thank you for these moments that you have given us, you have been the great discovery“, has pointed out the singer David Bustamante.

“This edition will be remembered as the Verónica Forqué edition,” commented comedian Miki Nadal.. The two, along with actress Belén López, journalist Juanma Castaño and actress Carmina Barrios are the five contestants who are still fighting to become winners of this edition in which other personalities such as actress Victoria Abril also participated.

In a group interview in which Efe was present in September, Forqué already warned that it was going to be an edition full of humor. “We all lost our papers, but then we got them back. It was so much fun … We were all equally unfortunate there. They don’t take your suitcase there, you take it. It’s a program where humility is present all the time, or you are humble or fatal “, counted.

“When the judges tell you” What you have done do you want us to try? “And, of course, you lose your papers, you lose your place in the world. You become a wretch With a tablecloth all smeared, it is very humiliating, “said the actress, whose farewell has once again become this Monday (as on previous Mondays) one of the most discussed topics on social networks.

Tags: celebrity, For what, give up, masterchef, Veronica