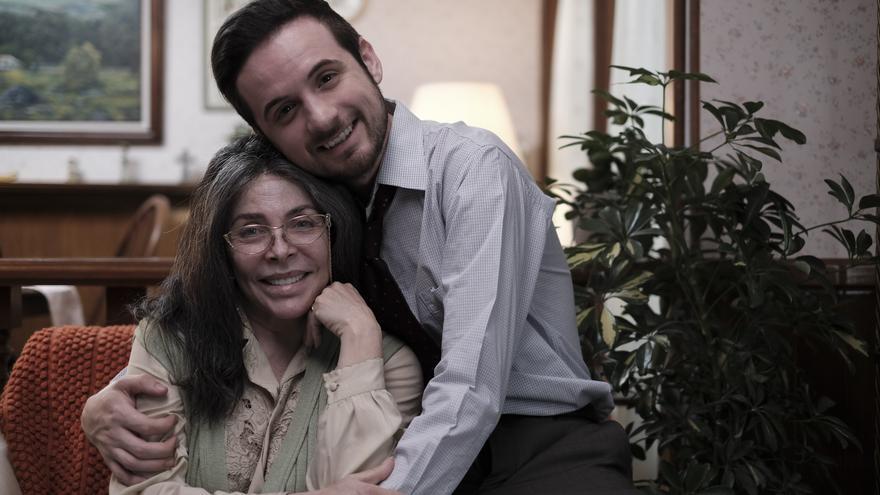 Mexico, Dec 14 (EFE) .- The Mexican actress Verónica Castro will return to the big screen with “Tell me when you”, a project led by two very important people in her life, her son Michelle Castro, the film’s photographer and Gerardo Gatica, director and best friend of his son.

“I had to deal with them and always with the cinema thing,” Castro (Mexico City, 1952) said this Monday at a press conference about the time that he has accompanied Gatica and Castro during their career as filmmakers since they were university students.

“I asked (Gatica) that when she had her first feature film in Mexico, she would take me with a role, even if it was small, and Gatica told me: ‘you’re going from grandma,’ and I’m delighted, happy,” said Verónica, who plays a very different from what you have used to do in your career.

“The only thing I didn’t like was my wardrobe,” said the singer, also laughing, who plays an older woman away from the glamor that defines Veronica in real life.

“The film is pure love, it is the illusion of being in love, we are talking about falling in love, which is the most beautiful moment in the world,” said Castro accompanied by the rest of the cast that is made up of Jesús Zavala, Juan Carlos Viana Prieto, known as Juca , and Ximena Romo.

The actress also pointed out how important Michelle is to her, since since the death of her mother, Socorro Castro, the only one who has remained with her has been him.

Finally Verónica said she was very happy to have been part of “Tell me when you” that will hit national theaters on December 25 in which actors such as José Carlos Ruíz, Fernando Bonilla, Rosa María Bianchi, among others, are also part.

In addition, the matriarch of the series “La casa de las flores” (2018) expressed that despite the adversities experienced during the filming, which was before the pandemic, the project remained standing and left more lessons than ever.

“Héctor (Bonilla) continues to teach us. He got a little delicate in the middle of this but he continued to give us school from the hospital, he continues to be a teacher of life, of responsibility, returning (to the cinema) has been wonderful,” he confessed .