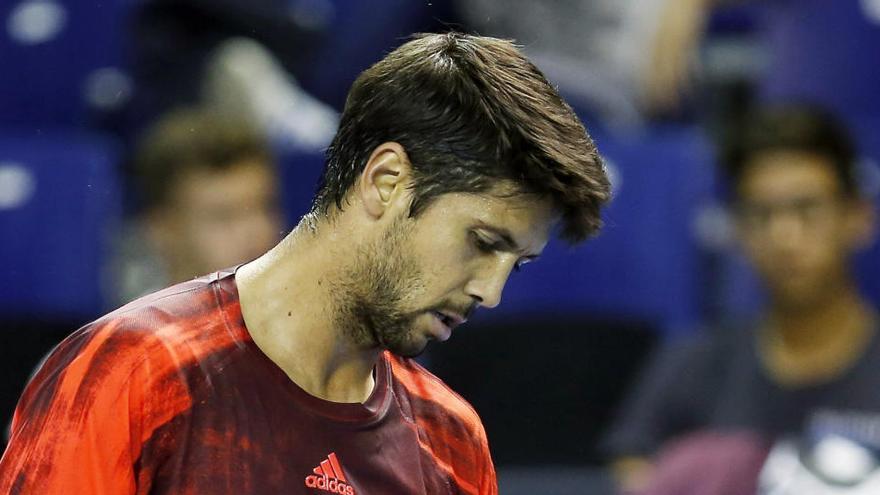 The Spanish Fernando Verdasco has communicated this Friday, much to his “regret and feeling a total frustration”, who will not be able to play the tournament Roland Garros, which begins on Sunday, for having tested positive for COVID-19 upon arrival in Paris and after having overcome the disease asymptomatically in August.

“This year I will not be able to participate in Roland Garros much to my regret and feeling a total frustration “, writes Verdasco in his social networks.

“In August I passed COVID-19 asymptomatically, I followed the isolation instructions and returned to my routine after testing negative in two consecutive PCR tests, “explained the Madrid tennis player.

“Since then I have had multiple PCR tests with negative results in all, including the one carried out at the Masters 1,000 tournament in Rome. I tested negative again a few days ago in the test I took before going to Hamburg, although I did not play in the end by professional decision to better prepare for Roland Garros, “he continued.

“My team and my family traveled to Paris and we went back to do the corresponding PCR test. They all tested negative except me. I tried to explain my history and situation to try to request another test, especially after having seen what happened in similar cases with other players, “said Verdasco.

“The Roland Garros organization refused to give me another test, even considering all these circumstances and that there were enough days to repeat the tests before the competition and the draw. Likewise, I was disqualified, “he said.

Verdasco stated that this same Thursday he proceeded to carry out two PCR tests and one for serology on his own. “in different centers for greater guarantee”, adding that the results show that “it is negative for COVID-19 in all of them.”

“This could happen to any player or his team (as there have been cases already), and in my opinion the minimum is to do new tests to avoid unfair direct disqualifications and give some security to the players. If there is time to test again at least your request should not be denied, “he says.

“I want to communicate my total frustration and outrage with the organization from Roland Garros for taking away my right to participate in this important event without even giving me the opportunity to take another test with a new sample to confirm that the result of the first could be an error, “concluded Fernando Verdasco.