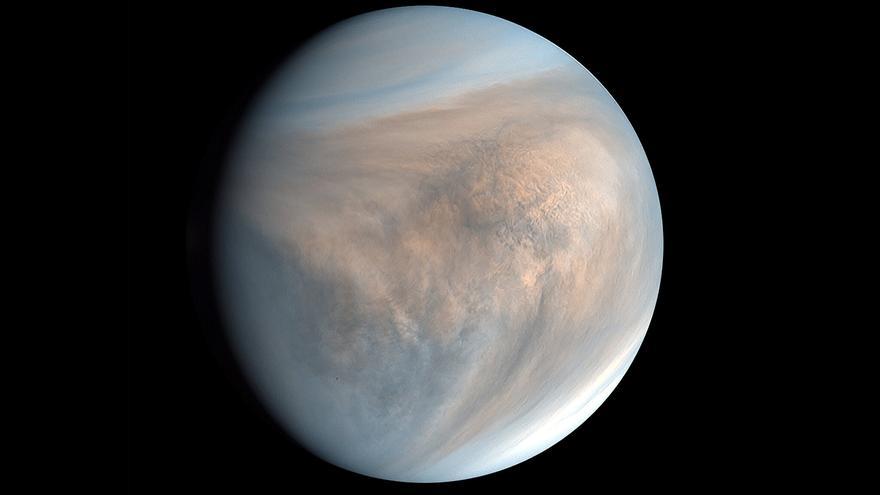 The effective concentration of molecules of water in the clouds of Venus it is too small to support in them life like that known on Earth, but it could be sufficient in those of Jupiter, which does not mean that it exists, since other requirements such as nutrients are needed.

An international team, with Spanish participation from the Center for Astrobiology (CAB CSIC-INTA), publishes a study in Nature Astrology, on the activity of water in the clouds of Venus and the values ​​obtained are well below the range of habitability of organisms Terrestrial Extremophiles.

Last year, a team announced the detection of phosphane gas in Venus's atmosphere, linking it to the potential to harbor or have harbored microbial life, a conclusion that has been questioned by other scientists.

That kind of analysis "they tend to forget the role of water activity", which is a measure of the relative availability of water, in habitability studies. Microorganisms need the presence of water, in an available form, to grow and carry out their metabolic functions, recalls the CAB in a statement.

The new research has calculated the water activity within the clouds of Venus, and other planets of the solar system, from observations of temperature and abundance of water vapor.

The value obtained from the aqueous activity of the sulfuric acid droplets, which constitute the most of the clouds of Venus, is less than or equal to 0.004.

That value is "one hundred times less" than the limit of 0.585 necessary so that known extremophiles on Earth can remain active and continue to grow, John Hallswdorth, from Queen's University (Belfast), the first author of the study, told a telephone press conference.

The investigation shows, according to another of the authors, María Paz Zorzano, a researcher at the CAB, that "There is so much sulfuric acid in the clouds that the water is displaced and the water activity is too low so that life can exist, at least, as we know. In other words, the clouds on Venus are not habitable. "

The team extended the study to other planets and "unexpectedly" found that in some cloud layers of Jupiter they found the correct temperature and water activity to support active life, Hallsworth said.

However, the scientist was categorical in indicating that he was not "suggesting that there is life on Jupiter and not even that there may be", since it needs more than the correct temperature and the availability of water, the presence of the adequate nutrients and that is not sure.

The water activity in the Jupiter clouds is greater than 0.585, while in those of Mars, the formation of water ice imposes a water activity less than or equal to 0.537, "slightly below the habitable range," the study adds.

As a comparison, conditions in the Earth's troposphere are generally biologically permissive whereas above the middle stratosphere the atmosphere becomes too dry for life.

To perform the measurements, the team did not use any type of model, but instead used data from direct observations, collected by various space missions, on pressure, temperature and water concentration, highlighted another of the authors Chris McKay from NASA.

The approach used in this research "has a great importance for the future, as it can also be applied to the habitability of extrasolar planets ", according to the CAB.

Zorzano points out, in the note, that from the studies of this center in extreme environments on Earth they know that "water is a critical factor for life to exist and that even the most resistant Extremophiles need some water activity, even in a brine.

However, it emphasizes that "it is not enough to detect traces of water and a temperature above 0 degrees Celsius for an environment to be habitable. It is necessary that there be enough water so that, at this pressure and temperature, microorganisms can metabolize and reproduce".