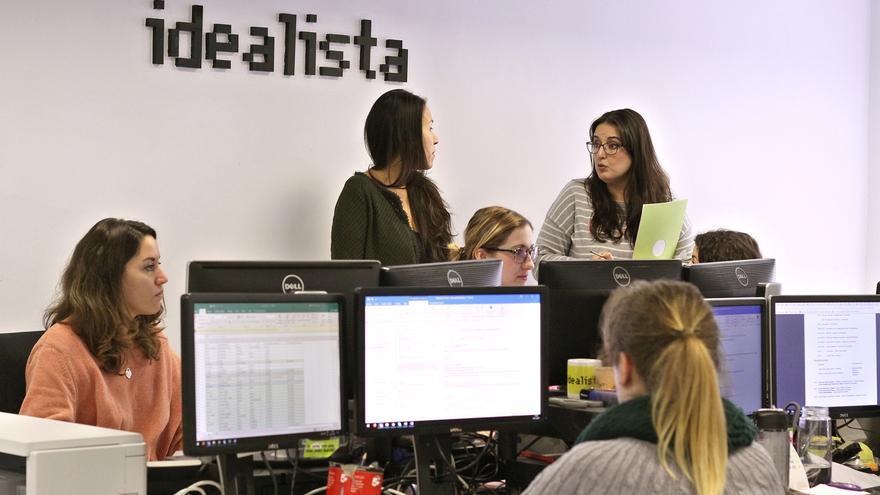 Venture capital funds point to a record year this 2021. Some of the sectors already accumulate records never before achieved. And that despite the fact that this section of the financial industry indicates that it is “waiting” to know how the economy evolves after the pandemic and vaccination before carrying out more operations. With these wickers, the investment of these funds has exceeded 2,000 million euros between January and June of this year, surpassing by almost 30% the data of last year, affected by the pandemic, according to the records presented this Tuesday by Ascri, the employers of the sector.

Aquilino Peña, president of this organization, has ventured that, without counting large operations, those that exceed 100 million euros, “there will be a record of investment” of venture capital in Spain this year. “It will depend on these operations if we have an extraordinary year or a very good one,” he said when asked if the 8,500 million euros that were reached in 2019 will be exceeded at the end of the year, the year with the highest activity of these funds in Spain.

Whether or not that record is reached, Peña has stressed that “we do not see that the pace of operations in Spain of this type of investors will stop”. “We see that we can be on record,” he emphasized.

The sector has sufficient capital to undertake more operations in the coming months. Ascri’s statistics show that venture capital funds in Spain have more than 4,000 million ‘dry powder’, as the money that these funds have been raised ready to invest is known. “It is at very high levels. The sector has resources and there are still operations,” Peña emphasized in the presentation of the data for the first semester.

Much of the role in the growth of this sector is being investment in startups. Venture capital, as this section of venture capital is known, has reached its highest historical record in the first semester, standing close to the figure for the entire previous year, which until now set the record. Specifically, 731 million euros have been invested in companies such as Wallapop, Travelperk or Glovo. The highest record reached is 833 million, so it is taken for granted that it will be far exceeded at the end of the year. “It is having explosive growth and big rounds of financing are coming,” Peña said.

Another record that is at all-time highs is that of investment by foreign venture capital managers in Spain. In the first semester of the year, 96 operations were closed that have represented more than 1,600 million of investment of these funds in our country.

In total, venture capital funds closed the first half of the year with 394 investment operations in Spain, at a higher rate than last year, when the record number of deals was reached. Among the largest, Apax’s investment in Idealista or Softbank’s in JobAndTalent stands out. However, it is in medium-sized operations, between 10 and 50 million euros, where the greatest growth in the sector is being appreciated.