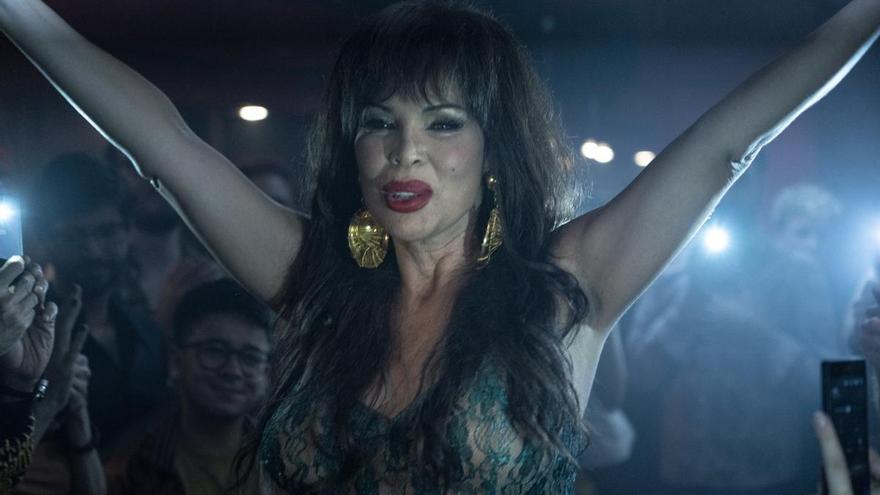 'Venom' says goodbye this Sunday with the emission of its last chapter revealing a story, that of Cristina Ortiz, and a heartbreaking story that, in the hands of Los Javis, has become a phenomenon that has transcended borders: it will be broadcast in the United States and Latin America.

The lights and shadows of life Cristina Ortiz, The Poison, they became a story that Valeria Vegas fell in love with and wanted to share with the world; that's where the memories' I say! Neither whore nor saint ', from which' Venom ', the series of Javier Ambrossi and Javier Calvo that puts the words of Vegas in images and gives the viewer the opportunity to know the hard history of La Veneno, transsexual born in the Almeria town of Adra and later converted into character of the 'late night' television.

There is no formula that ensures success or key that opens the hearts of the entire audience, however, it is true that Los Javis, who had already won over the public with 'The call' or 'Paquita Salas', have known how to play with certain ingredients with which to get 'Veneno', despite the difficulties involved in filming and post-production due to the coronavirus, has left its mark on Spanish fiction.

This Sunday, with the eighth and last chapter that Atresplayer Premium opens at 00:00, 'Veneno' says goodbye leaving recognitions, awards and the confirmation of its next broadcast in the US and Latin America through HBO Max. But above all, it says goodbye with the taste of these ingredients that have made it a groundbreaking fiction.

In their work, Los Javis have always wanted to offer different stories, stories with which inspire and give visibility to groups such as LGTBI, represented, in this series, not only by Cristina Ortiz herself and her story but by her entire technical team and acting cast.

The visibility of a character LGTBI that he becomes the protagonist of a series -that will even cross the pond- is a great step for fiction.

However, it acquires even more value when all its leading actresses -Jedet, Daniel Santiago and Isabel Torres-, Lola rodriguez (like Valeria Vegas) and part of the technical team belong to the 'trans' collective, making clear the commitment to the cause, as Jedet said in an interview with Efe: "I feel respected, there is so much education and so much commitment to the 'trans' cause".

Along with the visibility of transsexuality, which Cristina Ortiz herself carried as a flag and of which she spoke freely on television, a fundamental ingredient is the cast, new faces and amazing performances.

The three actresses who play Cristina in her three main adult stages as well as young people Guille Marquez Y Marcos Sotkovszki, who put a face and voice to the first years of life of 'La Veneno' as Joselito, become great assets to praise the work of a series in which the cameos and small roles also acquire a special shine.

Tell a story explicitly and openly

Few times has a story of these characteristics been told so explicitly, freely and without fear of being rejected. It is, perhaps, that risky and novel bet the one that made, from the beginning, 'Veneno' into one of the most anticipated series of the year and a fiction that, despite telling a "local" story, has even managed to attract the US market.

Hand in hand with the interpretations and the script, with those touches of humor within such a tough story, comes the visual aspect, also of great invoice.

The wardrobe of Ana López Cobos -trusted wardrobe designer of Los Javis- together with the makeup and hairdressing team they manage to characterization of La Veneno is flawless and one believes that he has returned to the time when Pepe Navarro invited us to 'cross the Mississippi'.

New ways of telling a story

Editing is a fundamental ingredient in this story. Telling such a complex story in a non-linear way, jumping to different moments in the past and present, and even playing with transgress the intertemporal barrier in the same scene Without shorting out the viewer's mind, it is worthy of mention and applause.

Finally, with his story, 'Veneno', a production by Atresmedia Televisión in collaboration with Buendía Estudios and Suma Latina, becomes a double release tool, on the one hand, of the prejudices and beliefs of the viewer and, on the other, of the story itself, which opens its wings to fly freely, something that Cristina, who was not looking for fame but to be loved, would have wanted.