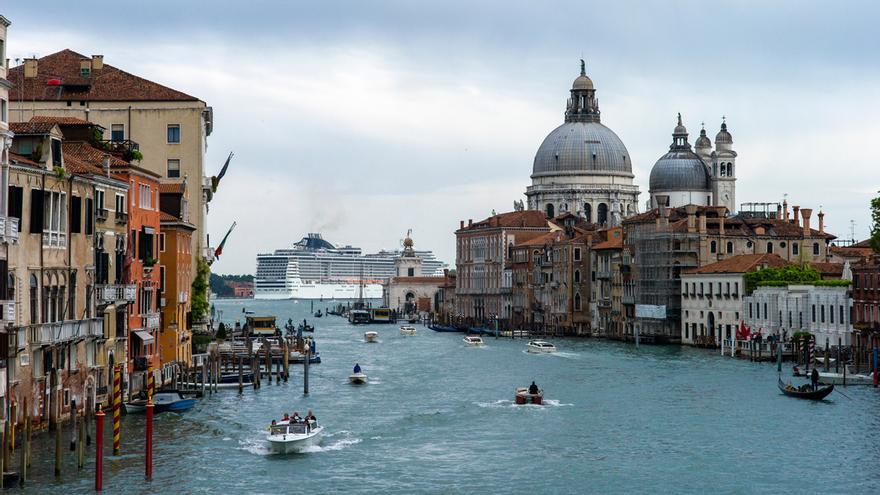 On March 25, 421, exactly 1,600 years ago, the first stone was laid than it would be VeniceAccording to legend, although the reality is very different, since the birth of the city of canals was not completed in a single day.

“Legends serve to embellish history and encourage citizen participation, but the real story is very different,” he explains to Efe. Giorgio Ravegnani, expert in Byzantine history and professor at Ca ‘Foscari University, which places the first settlement in the Venetian lagoon around the year 640.

On that date, the Byzantines, who ruled the Italian peninsula, settled on islands such as the current Torcello fleeing from the Lombard invasions that besieged the “terraferma”, the continental part of the territory, and ended up settling around the year 810 in the Doge’s Palace in Venice, very different from the one that now guards St. Mark’s Square, says Ravegnani.

However, despite the lack of historical evidence, the city of Veneto today commemorates the anniversary of its mythical foundation, coinciding with the construction of the church of San Giacomo in Rialto, a good way to “celebrate that Venice exists”, in the words of the medievalist Gherardo Ortelli, professor emeritus at Ca ‘Foscari University.

“The founding of Venice in 421 is a fable, but let’s not be prisoners of history and historians: let’s respect traditions and customs if they don’t harm anyone”, reflects Ortelli.

Although its foundation is a legend, the reality of this city also seems like a story: its buildings are supported on wooden logs, explains the architect Franco Mancuso, an expert at the IUAV University of Venice, to Efe.

The lagoon “presents a very solid and hard layer of ground, the ‘caranto’, located five or ten meters deep., and the inhabitants of the islands, over the years, understood that to achieve it they could plant poles and, on these, build the walls. And so it was done, “he describes.

The structure of “thousands and thousands, millions and millions” of poles remains in good condition, even six centuries after its installation. The woods “are protected under water, they do not deteriorate” and even today they form the foundations of houses, churches and bridges. “It’s incredible, but that’s the history of Venice,” Mancuso remarks.

Venice is not exactly 1,600 years old, but it does have compelling reasons to celebrate its existence: more than a thousand years of resistance to wars, floods and epidemics that threatened its continuity.

The most devastating, the black plague of 1348, it wiped out 70,000 people, three-quarters of Venice’s population at the time, about 100,000, according to Ravegnani’s data.

The plague hit other times Venice, a pioneer in the use of current sanitary measures: isolation and quarantine were the invention of the Venetians, says Ravegnani, who describes the coronavirus as “a sham” compared to the impact of the Venetian epidemic .

The sick were sent to the island of Lazzaretto Vecchio and goods arriving by ship from the East were also isolated for forty days.

The “acqua alta” or the tide that floods the city from time to time is another of the great threats to Venice, an increasingly frequent phenomenon, aggravated by the rise in sea level.

To face it, Italy has disbursed 5.5 billion euros in the Electromechanical Experimental Module (MOSE), a complex system of levees that had been under construction since 2003 and that was activated for the first time on October 3 to stop the rise of the tide.

“For some years we will trust the MOSE, but we are aware that it will not serve forever,” says Mancuso, who is not carried away by the biblical allusion to the acronym of the system: a play on words with the Italian name of Moisés, el prophet who parted the waters of the Red Sea.

Venice, built by its first settlers with an ancient logic as simple as it is efficient, he always ends up finding a way to resist the blows and continue writing his legend.