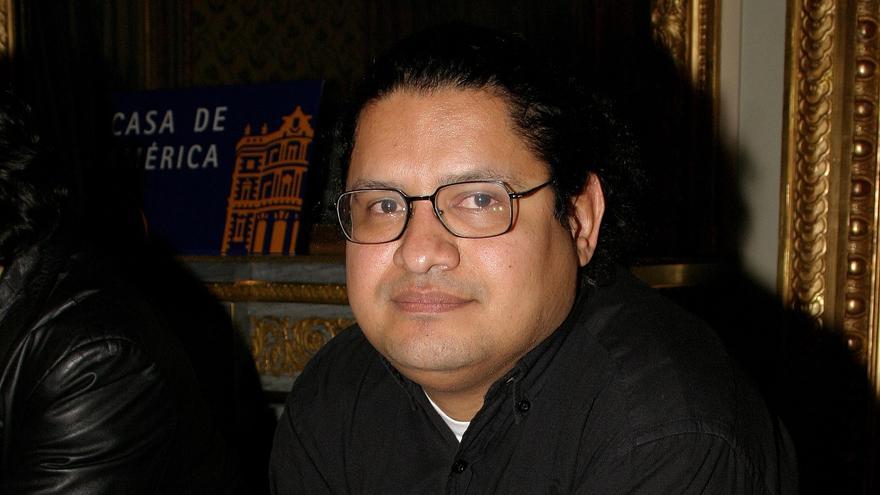 Madrid, Mar 20 (EFE) .- The Venezuelan writer Juan Carlos Chirinos, settled in Spain for 24 years, recovers in his new volume of stories “The smile of the hippopotamuses” one of his most pessimistic stories written in 2014, “Spain se laughs at Casandra “, where the author warns of the” bad road “that Spain is leading.

“I wish with all my soul to be wrong, but the way we are going the pod is not going well. That is why I wrote the story of Casandra, because I, as a Venezuelan, and all Venezuelans in Spain, feel like Casandra, that we are warning and they ignore us “, warns the writer, who recognizes that the title of the story” is quite eloquent. ”

In the story, a young Venezuelan couple Laocoonte and Casandra travel to Spain fleeing from what remains of their country; in 2001 changes began to be seen, some things did not just start in the revolution but positive effects were perceived; in 2008, after an oil strike and a coup, they still had hope.

“2011 was the year of the plagues,” says the narrator. In 2013 they packed their bags and left for Spain, awaiting their nationalization as the grandchildren of Republicans. Madrid was so safe that they were scared.

Cassandra warned her new friends how dangerous it was to push populism, to follow the siren songs, but nobody pays any attention to her. In Spain, they told him, “such things will never happen.”

“The characters in that story are condemned to see how the history of their country repeats itself, but Spain laughs at them, confident and happy, even if I don’t want it to be that way,” acknowledges Chirinos, who accompanies the story’s title with a popular phrase from his place of origin, Valera: “He who is going to leave appears.”

“It is taking a long time for this meteorite to fall,” he says with Venezuelan humor, willing to “pay everyone a dinner” to compensate for his pessimism and negativity if he is wrong.

In “The smile of the hippopotamuses” (Ediciones La Palma) he brings together eleven stories that “were scattered” in various anthologies published in Europe and America, to which Chirinos put their common thread: “That each story opened a hole in a universe which points to what I think is literature “.

“Literature does not explain the world, it is a world next to the world and stories, the gap through which it looks towards that world”, explains the author of “Nietzsche’s Apple”, published in 2015 in the same collection.

Born in a city in the Venezuelan Andes in 1967, this Doctor of Letters from the University of Salamanca, literary advisor and professor of creative literature plays with narrative voices in all his works; in “Los cielos de curumo” (2019), his latest novel, he opted for the ominiscient in the second person.

Here, in the story that gives title to the volume, “The smile of the hippopotamuses”, it passes from the third-person narrator to the first person without a solution of continuity and without the story being affected.

For the writer, the concept of progress in literature is not the same as in other professions, the improvement of a writer, he says, “does not necessarily imply that he writes better over time: it implies a greater awareness of what he is doing, but his best work may be the first he wrote, and the worst the last. ”

He is about to close a sequel to his gothic novel “Nochebosque” (2011), which is “slowing down” because of the pandemic, although he shares that it is not because of confinement, because “going out, I go out little,” he says. “Like cats, I hate human beings and I prefer to be at home,” but not being able to do so is not the same as not wanting to do so, he points out.

Stories with chess as leit motif, “What a god behind god” (2018); dedicated to delay, “An attack of slowness” (2007), surreal, like the one that gives title to the volume, or the experiment of recovering his first story, “The experience of Catrusia”, written 30 years ago, and creating a prequel in 2020, “The smile of the hippopotamuses” will be presented tomorrow Sunday afternoon at the Iván de Vargas library in Madrid.