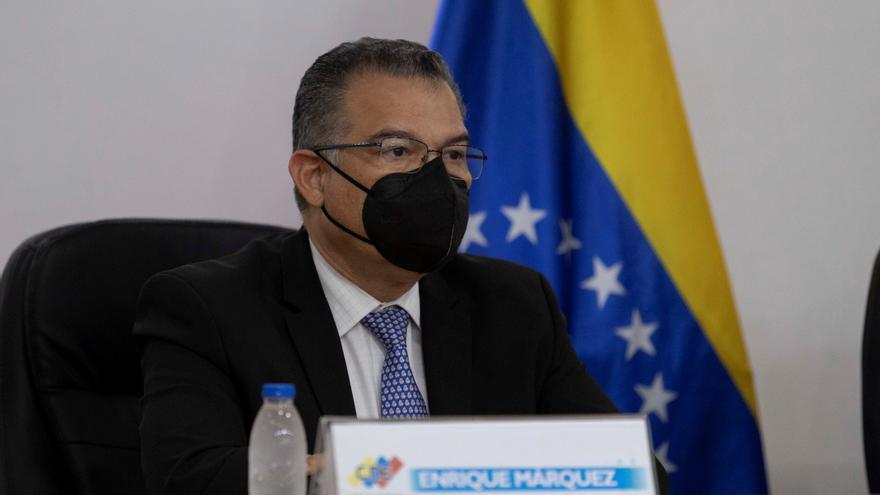 Caracas, Jun 8 (EFE) .- The president of the Venezuelan state television channel VTV, Freddy Ñáñez, rejected this Tuesday the "accusations" to the program "Con el Mazo Dando" made by the rector of the National Electoral Council (CNE), Enrique Márquez, who announced hours before an investigation into the media for "irregular use of public resources for partisan purposes.

Ñáñez, who accused Márquez of doing "a disservice to the climate of political coexistence that reigns in the country," wrote, through his Twitter account, that Venezuelans expect "a more serious and respectful attitude towards the institutions."

Márquez, who gave the aforementioned program as an example, explained that the investigation extends to the State channel in general and not only to "Con el Mazo Dando", due to the use of its programming "to directly benefit a political party through their opinion and information programs ".

He said that the program, hosted by the number two of Chavismo, Diosdado Cabello, is a "serious and illustrative" case and recalled that on June 2 he dedicated "a good part" of the broadcast "not only to detail the internal process of his party, but to advocate for specific candidacies. "

The statement released by Márquez recalled that electoral legislation "expressly" prohibits public officials and entities "from acting in favor of any political partiality and the use, for such purposes, of resources and public goods placed under their responsibility", a norm which, according to the rector, does not comply with VTV.

In this sense, the rector specified that "very particularly" the channel "has been busy promoting the United Socialist Party of Venezuela (PSUV) and its internal candidacy process, in an absolutely biased manner", ignoring the Constitution and the country's legislation.

However, Ñáñez denied that there was a notification by the CNE to VTV and regretted these unfortunate statements made by Márquez in his personal capacity in his attempt to compromise the highest electoral body of which he is a member.