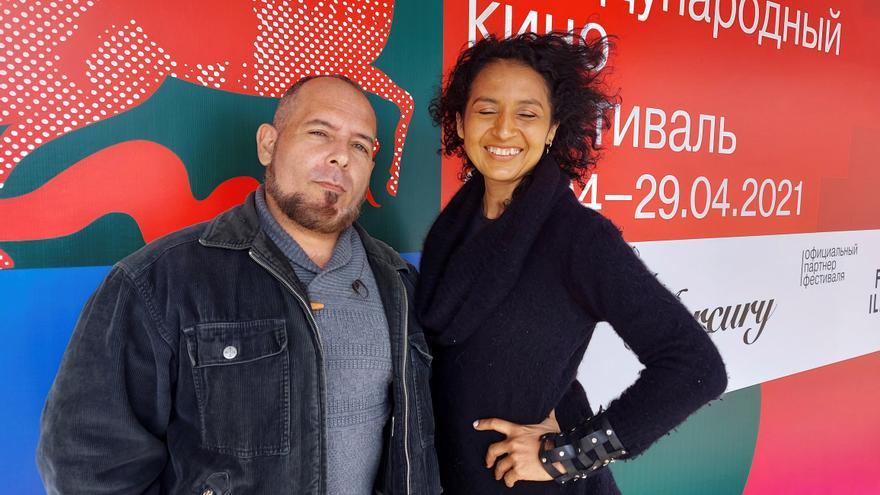 Moscow, Apr 22 (EFE) .- "An Inner Flash", the Venezuelan feature film presented by the brothers Andrés Eduardo and Luis Alejandro Rodríguez at the 43rd Moscow International Film Festival, is a dark message of hope in the midst of tragic situations, according to its directors.

"When human beings are in a very dark moment, there is something that drives them to continue living. That impulse is an inner sparkle that comes out in the most desperate moments," says Andrés Eduardo at a press conference.

SPEAKING OF HOPE FROM HOPE

The Rodríguez brothers have brought to Moscow the heartbreaking story of Silvia, a lonely mother, played by Jericó Montilla, who literally breaks down when her extreme misery is compounded by a painful and inevitable death sentence, materialized in a brain tumor.

All this, in the context of a Venezuela plunged into a deep economic crisis with rampant inflation, social violence, and a landscape of ruined and unhealthy favelas in which the main characters of this film barely survive.

However, despite all these adversities, "Silvia, at the end of the film, discovers her strength to live, the desire she has to live by contacting life," Andrés Eduardo tells Efe.

AN EMOTIONAL AND PHYSICAL WEAR

An exceptional experience for the lead actress, who literally jumped "into the void" in this production, difficult both because of her emotional and physical wear.

"It was very hard to connect with suffering, because I connect with art from love and happiness, and I cannot create if I am sad," he confesses to Efe Montilla, recalling the intense filming process condensed in four weeks, before of which she had to lose 10 kilograms to be able to see herself "like a sick woman."

The agony of Silvia's character is contrasted with the light of her daughter Sara (Sol Vázquez), who from the innocence of six years seems to be on the sidelines of this misfortune amplified by the impossibility of finding a solution: the girl begins by asking her mother bedtime stories and at the end tells her own stories.

BETWEEN THE INTIMATE AND THE DOCUMENTARY

It is a cinematographic story that appeals to the intimate, in the film an almost obsessive preference for the camera-in-hand sequences, the close-ups and the perennial blurring that allude to the feverish state caused by the disease is noted.

On the other hand, the film creates a distancing from history due to the air of documentary cinema that the film has, something that, according to Rodríguez, creates a "feeling of truthfulness."

"We filmed in the street and 'stole the moments'," he adds, noting that some sequences - such as a street fight or the actress' collision with a passerby - were improvised and the reaction of passers-by was natural.

FROM VENEZUELA TO MOSCOW

The film, described by the programming director of the Moscow International Film Festival, Kiril Razgolov, as "extremely emotional", has already won 11 awards at the Venezuelan Film Festival in 2020.