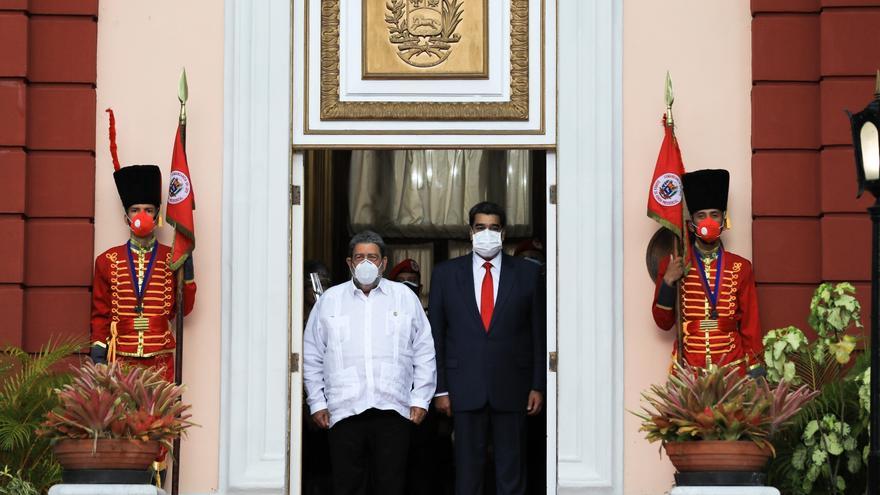 Caracas, Jun 24 (EFE) .- The Government of Venezuela celebrated this Thursday the bicentennial of the Battle of Carabobo with the support of the Bolivarian Alliance for the Peoples of America (ALBA), which held a parallel summit in Caracas on the occasion of this historical combat, key in the independence of the oil country.

To commemorate the historic battle, the Venezuelan authorities carried out various events that culminated in the XIX Summit of Heads of State and Government of ALBA, which was preceded by the traditional military parade that takes place on this date and that, in This opportunity did not have the presence of President Nicolás Maduro.

The Venezuelan president led the parade from the ALBA summit, which was led by the Defense Minister, Vladimir Padrino, along with the military high command, the governor of Carabobo state, the Chavista Rafael Lacava, and one of the late president’s daughters. Hugo Chávez, Rosa Virginia.

The Battle of Carabobo, between the troops commanded by Simón Bolívar and Miguel de la Torre’s royalist Army, took place on June 24, 1821 and was a key milestone in the Venezuelan War of Independence.

“In Carabobo the deed of the definitive liberation of South America began, the victory of Carabobo marked (…) the breakdown of the 300-year colonial rule of our South America and our America, and that was the vision of our liberators and it is the vision with which we founded our Bolivarian revolution, “Maduro said at the beginning of the parade.

In the traditional act, the military exhibited their military defense vehicles, weapons, maneuvers, slogans of support for the Government and even flags of Russia and Cuba.

“We are socialists, anti-imperialists and also Chavistas,” chanted the military who also exalted the figure of the liberator Simón Bolívar and that of the late President Hugo Chávez (1999-2013).

The Defense Minister, who pointed out that Venezuela is currently waging a third Battle of Carabobo in the face of “aggression” against the nation, thanked the ALBA member countries from the parade for holding the summit on the occasion of the historic combat.

“We give applause to that summit, which is a legacy of our commander Hugo Chávez, which is why our commander-in-chief is there, in his state functions, receiving the authorities, presidents, heads of state, heads of government, prime ministers. , former presidents and social leaders, “Padrino said.

The ALBA summit in Caracas was attended in person by the Bolivian president, Luis Arce; the Cuban Foreign Minister, Bruno Rodríguez; the Prime Minister of Dominica, Roosevelt Skerrit, and that of Saint Vincent and the Grenadines, Ralph Gonsalves.

Also present were the Foreign Minister of Antigua and Barbuda, Everly Chet Greene, and the Minister of Agriculture, Lands and Forests of Grenada, Peter David.

The president of Nicaragua, Daniel Ortega, and other members participated virtually.

The summit was also an opportunity for its members to express solidarity with their allies and to discuss issues related to the pandemic, such as difficulties in accessing vaccines, the “blockade” or US sanctions against Cuba, Venezuela and Nicaragua.

THE CALL OF THE OPPOSITION

On the other hand, the bicentennial of the Battle of Carabobo was also celebrated by the Venezuelan opposition, especially by Juan Guaidó, who called on the citizens of his country to “save” Venezuela to “return” to democracy, freedom and give a “second independence”.

For more than a month, the opponent has been promoting what he has called a “national salvation agreement” to achieve “free and fair” general elections, since he considers the government of Nicolás Maduro, which he also calls a dictatorship, illegitimate.

Guaidó seeks to reach this agreement through a negotiation process that has not yet been finalized, despite the fact that the parties have said they are willing to talk.

Likewise, the former presidential candidate Henrique Capriles also spoke out and said that Venezuelans continue “in the search for the free and democratic country that we deserve.”

“Just like 200 years ago, our people will win and achieve the dream we long for!”, Capriles pointed out.