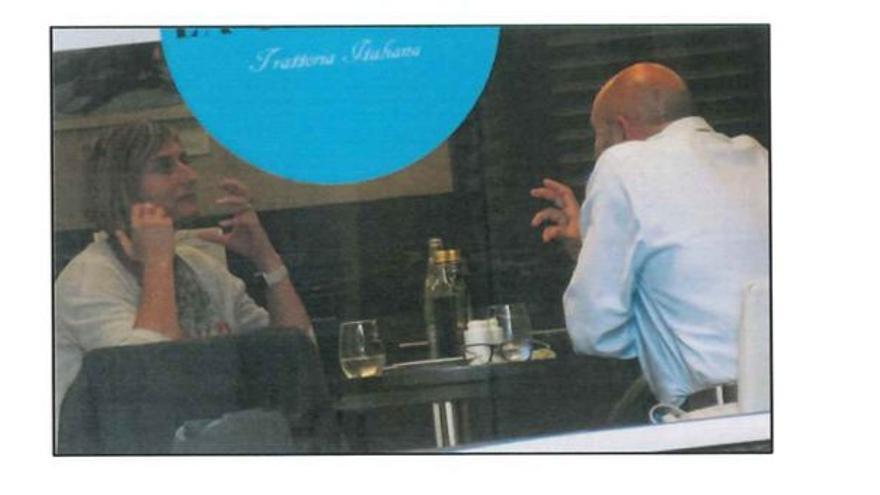 The business of former ERC minister Xavier Vendrell with the Generalitat is also part of the investigation of a judge in Barcelona. The researchers have documented how the ex-minister ate last October 2 with the Minister of Health, Alba Vergés, for more than three hours, to, in Vendrell’s own words, “make him some reflections” on a contest for which one of the their companies and that it remained on hold after irregularities were detected.

Apart from the alleged Russian plot in favor of the procés and its participation in Tsunami Democràtic as well as in an alleged case of urban corruption, Judge Joaquín Aguirre investigates whether Vendrell contacted the Government to “obtain emergency contracts” for the COVID-19 as well as if he used his influence in ERC to win other competitions of the Ministry of Health.

The contract in which the researchers have set themselves was tendered by the Catalan Institute of Medical Evaluations (ICAM, for its acronym in Catalan) and dealt with the service of medical visits and complementary tests that mutuals carry out for the Generalitat during the years 2018 and 2019. The company of which Vendrell is representative was part of a Temporary Union of Companies (UTE) that obtained four lots of the contest for an amount of 442,672 euros.

However, one of the rival companies in the tender appealed the tender in March 2018, and the Catalan Health Institute agreed, by suspending the award of the four lots to the UTE of Vendrell’s company. The rival firm alleged that the joint venture that won the contest, of which Vendrell was a member, had only been formed to “distort competition” and “divide the market.”

Although the tender for the contract was initially suspended, in June 2019 the Catalan Health Institute awarded it to the UTE linked to Vendrell. The hiring table, the Civil Guard explains after analyzing the documentation, concluded that the Vendrell UTE did comply with the technical requirements of the tender and that it had been providing the same service since 2014 “without incident”.

But the competing company went further and also appealed in October 2019 the contest before the Catalan Court of Public Sector Contracts, the body to which companies go before the Contentious-Administrative judicial route to resolve litigation in public procurement. In March 2020, the Public Sector Contract Court agreed with Vendrell’s competitor and annulled the award to the ex-seller’s UTE. The court concluded that the award “was not in accordance with the law” and retraced the tender to the moment prior to the award of the contract.

The telephone punctures of the summary of the case, to which elDiario.es has had access, show Vendrell’s concern about the result of the contract. Another of those investigated in the case, the deputy director general of medical evaluations of the Ministry of Health, Lidia Domingo, warned Vendrell in a conversation that “they should be careful with the delivery times for conducting tests because that is why they had won.”

Only a few weeks later, Vendrell reacts angrily to one of his partners upon discovering the competing company’s resource. “Without the ICAM contract, the company is worth nothing,” Vendrell launched, to immediately charge against his rival: “If they want to sue for them to sue, let them do whatever the hell they want and as my eggs swell a lot, I’ll send them to a Colombian and I will give two hosts to each one because there is no right …. “.

Finally, in a conversation on October 2 in the morning, her interlocutor asks her “if the contest is stuck”, to which Vendrell replies that that day she was eating with Vergés “because all that is very desperate and she is not aware of the mafia he’s got in there. ”

A few hours later, investigators actually located Vendrell eating with Vergés at a restaurant. He had explained to his interlocutor, as the Civil Guard transcribes the conversation, that he had already “explained” the status of the contract “to the general secretary” of the department, but that the secretariat “had changed.”

Like several areas of the conselleria, the General Secretary of Health underwent changes during the coronavirus crisis and at the beginning of September Marc Ramentol replaced Laura Pelay in office. By “having changed” the general secretary, Vendrell assures that in the department “there is no one who is aware” of a “situation” that he calls “very beast”. “Nobody has a clear reaction, they are like this with this issue and I have to explain things to them,” Vendrell added.

Regarding the outcome of the meal with Vergés in the summary, it only appears that Vendrell, on the same day of the meeting, told his wife that he had had a meal “of three hours and twenty minutes” with the councilor and that “it had gone very well “.

On the other hand, in a telephone conversation in January 2020 Vendrell boasted that after the appointment of Salvador Illa in the Government he would have “access” to the Ministry of Health, something that “he considers key because he has put a lot of time and money and It is time to collect “, without the Civil Guard making any contract between Vendrell with the Ministry recorded in the summary.

Apart from the specific case of the investigated award, in November 2018 the Catalan Competition Agency opened a sanctioning file against Vendrell’s company precisely for the same reason that it had denounced its competition: “coordinating” the offers between several companies to form a UTE to keep the contracts.