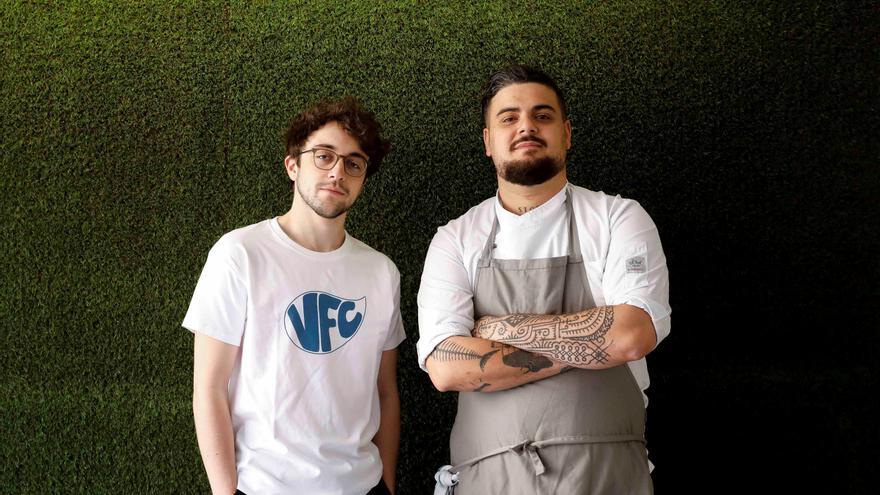 Valencia, Jul 18 (EFE) .- Taking care of the planet, reducing the carbon footprint and food waste and making life easier for those who do not have time to cook are the commandments of Vegan Food Club, the first online service of 100% vegetable and vegan prepared dishes that are distributed throughout the national territory.

The creators of this idea are the Valencians Pablo Alcolea, chief executive, and Rodolfo Castro, executive chef, who direct this project born in Valencia with the aim of bringing ready-to-eat recipes on weekly menus to offices and homes across the country monthly.

“We are targeting people who want to eat healthy and sustainably but have little time to cook,” Alcolea explains to Efe, while Castro defends that his cuisine “does not ride the wave of vegan fast food” and prefers to avoid comparisons with establishments of this type.

They began to work on this business model at the end of November 2020, and in February 2021 they opened their kitchen, but for Alcolea March was their month, since in just two months they have experienced dizzying growth that has allowed them to reach anywhere in the country.

“First we ship in the city of Valencia; then in the province; and finally, throughout Spain”, he comments to highlight that the increase in the number of dishes sold and their advertising campaigns has allowed them to “open a potential market in the country” for people to “recommend” them.

“Our cuisine is traditional, without any substitutes, neither fake meat nor ultra-processed”, explains the chef, for whose dishes he has a nutritionist who advises them to obtain the necessary nutrients in “a homemade meal with professional procedures”.

The recipes of this six-course fixed menu that varies every week includes “very traditional” spoon dishes, according to Castro, such as stews and lentils, as well as incorporating new flavors with Mexican and Asian influence, since the cook was there for a while working there.

The vegan paella, his best-selling dish; the pepper stuffed with rice, pumpkin and raisins; a mango curry, stews, poblano lentils or roasted vegetables with romescu and quinoa are recipes that triumph in its catalog.

“Many times vegan takeout is ‘vegan black belt’ stuff; I renounce that, I prefer to make lentils that remind you of your grandmother but without meat,” he says emphatically.

Other international dishes in his kitchen are wheat tabouleh, vegetable pad thai, a vegetable tikka masala or beet risotto.

In addition, in the kitchen they work with a large number of zero kilometer products, and if this is not possible, nationally, which forces the cook to bet on seasonal vegetables.

He tells that he uses pumpkins from the province, rice with the Valencia Denomination of Origin, as well as vegetables, “a type of them of Asian origin that are grown in the fields of El Perelló, and a garrofó whose name and surname we know.”

The process of preparing the dishes is based on nutritional guidelines to substitute animal protein, its cooking and packaging, as well as labeling and mandatory regulations for subsequent shipment to any part of the country.

LEARNING FROM THE PANDEMIC AND THE EXPANSION TO NEIGHBORING COUNTRIES

Vegan Food Club works through a subscription system without commitments in which through a “very varied” rotating menu (“so that people do not have the feeling that we are repeating ourselves”, he points out), the client can select three levels of membership.

The first is the “Vegan Hero”, in which they will supply six dishes per week to the customer; the second is “Vegan Super Hero”, intended for couples and families, since there are twelve weekly dishes; and the third, “Vegan Legend”, on a monthly basis, for people who “trust” them and want them to solve them every week.

Alcolea affirms that there is no “typical public” but people between 25 and 35 years old stand out “from big cities and without time to cook”, parents who want “vegetable dishes already prepared for their children” or those who ask for them. they know and want “dishes of this type at an affordable price.”

They offer deliveries to private offices and homes and, according to Alcolea, “around 20% of shipments are to offices, where they can store it directly in the fridge and it is ready to consume.”

The future forecasts for these entrepreneurs are ambitious and optimistic, since given the current volume of business, they have foreseen that in a period of “six and twelve months” they will be able to distribute in Portugal and France, respectively.