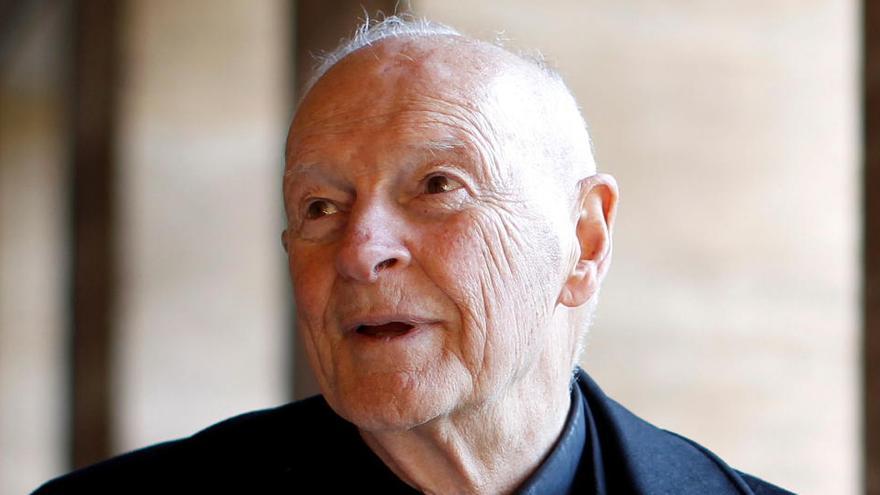 The Vatican published on Tuesday the investigation into the former Archbishop of Washington Theodore McCarrick, 90, expelled from the priesthood and the College of Cardinals for Francisco by child abuse, in which it is explained that the Argentine pope knew “only by hearsay” his “immoral behavior with adults” and that John paul ii Y Benedict XVIDespite the continuous rumors, they let the matter pass by being misinformed or having no certain evidence.

For this 450-page judicial investigation that has lasted two years and was ordered by Francisco in an unprecedented gesture, the Vatican ensures that no limit has been set and that documents from all the departments of the Holy See, the Secretary of State and the nunciature have been consulted, while up to 90 interviews have been carried out with a total of about 30 hours of recordings.

The report, depending on how it has been written, points to a system for years of misinformation by bishops and nuncios to the pope, dismissal of anonymous complaints by victims, superficiality and lack of investigation of conduct considered improper at the time, but actually hiding repeated sexual and power abuses from a true predator.

The case exploded when the former US minister, Carlo Maria Viganò requested in August 2018 in an eleven-page letter, published in conservative Catholic media, the resignation of the Pope Francisco by ensuring that he had already known since 2013 the accusations that weighed on Cardinal McCarrick.

Francisco knew only from hearsay the improper conduct

In the long-awaited report that seeks to give transparency to one of the thorniest issues of the pontificate of Francis, it is explained that regarding what Viganò said, the pope recalled a brief conversation about McCarrik with the then substitute for the Secretary of State, Angelo Becciu, and did not exclude another brief conversation with the Secretary of State, Pietro Parolin.

It is emphasized that until 2017 Francis was never given any documents or anonymous letters about McCarrik and that he never discussed the matter with Benedict XVI or with the then prefect of the Congregation for Bishops, Marc Ouellet.

But the report concludes that “Pope Francis had only heard about the accusations and rumors regarding immoral conduct with adults relating to the period before McCarrik’s appointment as Archbishop of Washington. ”

And that “considering that the accusations had already been examined and rejected by John Paul II and considering that McCarrik, who was 83 years old in 2013, was active during the pontificate of Benedict XVI, Francis saw no need to modify the line adopted in the previous years “, they write in the conclusions.

McCarrik’s career began when he was elected bishop of Mentuchen in 1981 and Newark in 1986, where he began to stand out for being skillful in raising funds for the Holy See and his name began to resonate for the powerful diocese of Washington, which is always linked to become a cardinal.

The report states that one of the witnesses called “priest 1” from the Diocese of Metuchen claimed that he had noticed Mcarrik’s sexual activities with another priest and then tried with him.

Also arrive a series of anonymous letters sent to the United States Conference of Bishops, the nuncio (ambassador) and several American cardinals between 1992 and 1993 who accuse Mcarrik of abusing minors.

It was known that the prelate had “shared a bed” with young adults at the bishops’ residence in Metuchen and Nerwak and that he also took them in a house near the sea in New Jersey.

All these accusations were collected in a letter that on October 28, 1999 from Cardinal John O’Connor, Archbishop of New York, to the Apostolic Nuncio and reaching John Paul II.

O’Connor advises against his appointment because he believes it would be a great scandal. John Paul II requests a report from the then nuncio to the United States, Gabriel Montalvo, who asks the four bishops of New Jersey for their opinion and, according to the investigation, “the responses of the bishops confirmed that McCarrik shared a bed with young people,” but not they clearly indicated that there was “sexual misconduct.”

According to the Holy See, three of the four bishops “did not provide the Holy See with complete or careful information on sexual behavior with young people, of legal age.”

Initially, the pope preferred to withdraw McCarrik’s candidacy for Washington, but on August 6, he wrote to the personal secretary of John Paul II, Stalisnaw Dziwisz and assures that “in the 70 years of his life he has never had sexual relations with any person, man, woman, young or old, religious or secular, you have not abused a person or treated them disrespectfully. ”

John Paul II believed Mcarrick, whom he knew very well since the 1970s and as president of the Papal Foundation, which collected important donations for the Vatican, and appointed him Archbishop of Washington.

McCarrick’s donations “had no influence”

The Vatican report concludes that the transfers that were sent to different people in the Vatican for several years “did not influence the decisions” made about McCarrik’s career.

Last year the newspaper “The Washington Post” revealed that McCarrik sent from his own account, where the donations he collected for the Church in the United States arrived, up to $ 600,000 over almost two decades.

This newspaper’s investigation claimed that it sent money donated to the church by American donors to more than 100 Catholic officials, including John Paul II, who received $ 90,000, and Benedict XVI, who received $ 291,000.

When the accusations against McCarrik of sexual abuse of adults resurfaced in 2005, Benedict XVI decides to end the extension who had decided on the retirement of the archbishop, who has just turned 75. McCarrik asks him to wait a few months so as not to amplify the scandal.

In 2006 and 2008, Viganò, who worked at the secretary of state, made two reports on McCarrik’s conduct in the 1980s and, concerned that a scandal could arise, suggested opening a canonical process.

The Secretary of State, Tarciso Bertone and the substitute for General Affairs of the secretariat, the Argentine Leonardo Sandri, shared the concern and told Pope Benedict, but a canonical process was dismissed and the cardinal was told only in 2006 to maintain a low profile.

The Vatican highlights that the documents speak of recommendations and not sanctions.

However, McCarrik continued to travel the world without anyone preventing him. It is pointed out that neither the nuncio Pietro Sambi nor later Viganò himself, who was ambassador since 2011, prevented or said anything about the ex-archbishop’s continuous trips and participation in acts.

The accuser Viganò did nothing either

At the end of the pontificate of Benedict XVI, another of the witnesses named “Priest 3”, another priest from Metichen, informed Viganò of his own legal case stating that in 1991 he had been forced to have sexual relations with McCarrik.

Viganó wrote to the then prefect of the Congregation for Bishops, Marc Ouellet, about the matter, who indicated some steps what he should do and the possibility of opening an investigation. The Vatican concludes that the former nuncio, who has continued his attacks through conservative Catholic journalists, did nothing.