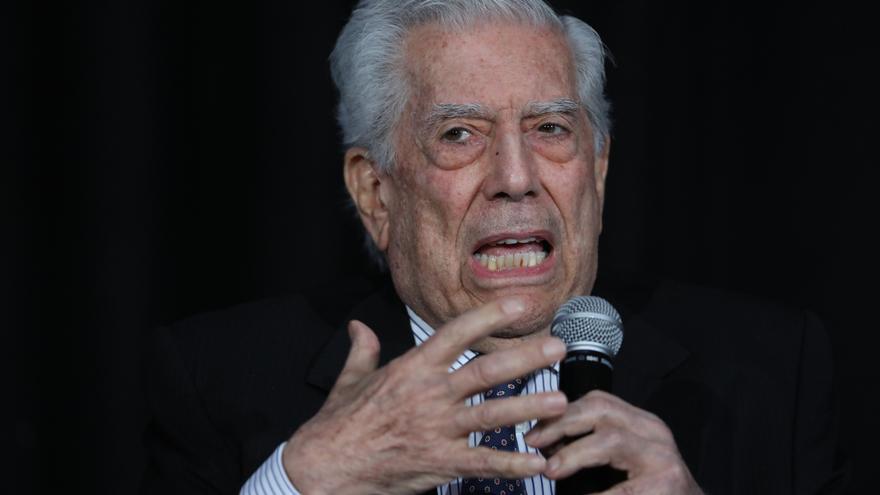 Mexico City, Sep 20 (EFE) .- The Peruvian Nobel Prize for Literature Mario Vargas Llosa was in Mexico for the presentation of the series about his life “A life in words”, in which he talks with his son Álvaro about his life, work and political career, with a desire to unify all its dimensions into one and tell “the truth”, expressed the writer during the event.

“When Álvaro (Vargas Llosa) proposed this project to me, we talked at length about the characteristics it would have and we quickly agreed that the truth should appear there. Even if it hurt us, we had to say things as they had happened, and at the same time not exaggerate “shared Vargas Llosa (Arequipa, 1936).

The series, which is a production of the Ricardo B. Salinas Pliego Center, will delve into ten 45-minute chapters in the life of the Peruvian author, guided by the questions of his son, journalist and writer, who since the project was conceived he insisted on the need to “not mutilate” the person who is his father.

For this reason, he considered that the series should cover at the same time its literary, political and personal dimension so that “the viewer will go from one thing to the other almost without realizing it. That there would be something like the three dimensions in one”.

A REFERENCE OF LIBERALISM

This is also why the parent-affiliate conversations take place in relevant settings of Vargas Llosa’s career such as the cities of Paris, London, Arequipa or Guadalajara and as revealed by the journalist Sergio Sarmiento, executive producer, during the presentation of the series that will premiere on next saturday for adn40, topics such as the evolution of the communist writer to the “referent of liberalism” will be discussed.

On this, Vargas Llosa detailed in the conference his political journey from when he entered communist circles as a young man until he distanced himself from the Fidel Castro regime, after having been part of a committee of foreign writers who supported the Cuban revolution.

“I was realizing that things were not as beautiful as they seemed. For example, there were more and more signs of authoritarianism,” explained the Peruvian, who recalled that all this will be covered in the series, as well as, among many other topics , the differences of many Latin American writers due precisely to the Cuban regime.

All this, he said, always applying the idea of ​​reflecting “a truth that is not presented in a scandalous way, but as it was” and trying to unite his political and literary interests.

Asked about the current problems in Latin America, Vargas Llosa once again gave an account of his liberal ideas and said that “in the political field there is only one development model” that is linked “to freedom, diversity, liberty. opinion “and there are no other models that can work.

With this, he criticized the thinking “of some” who consider that the revolution can solve the problems of current Latin America “as if the examples of Venezuela or Cuba were not enough,” he said, referring to the governments of Nicolás Maduro and Miguel Díaz. -Canel, respectively.

Father and son agreed that the creation of the series was possible thanks to their close relationship, while the fact of having worked together on the project also implies even more rapprochement and learning.

“I was convinced that he would not tell me anything new and in fact that was not the goal, but I would say yes, that in moments of great intensity I learned many things from him,” said Álvaro.

The conversations between the two, of which there will be no second part because it will be “a unique work,” said Sarmiento, will be in charge of bringing Vargas Llosa’s life and work closer to audiences that may not be familiar with his books and will give the opportunity to who has followed his path to delve deeper into his person.

“Mario Vargas Llosa, A life in words” has 10 45-minute episodes.

The series, a production of the Ricardo B. Salinas Pliego Center, will be broadcast on the adn40 channel on Saturdays at 11:00 p.m. (04:00 GMT on Sundays) and later, as reported in this Monday’s conference, it will also be broadcast through Amazon Video.