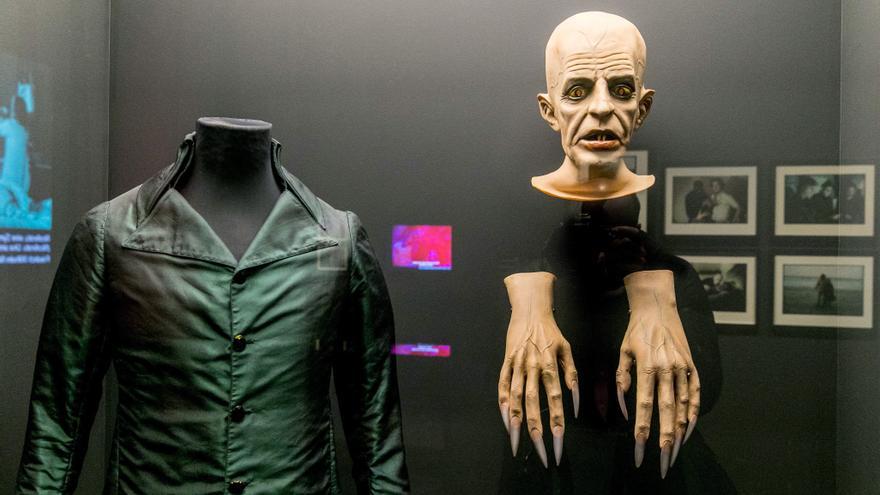 Zaragoza, Feb 25 (EFE) .- Vampires star in the new exhibition at the CaixaForum in Zaragoza, which shows through different artistic expressions the evolution of this legend that became popular at the end of the 19th century, with Bram Stoker's Dracula, but that continues to this day with the Twilight saga or series like True Blood.

The exhibition, organized by the French Cinematheque and the "la Caixa" Foundation, proposes a look focused on cinematographic vampires, but also focuses on their foray into literature, comics, posters or television.

The director of the Foundation's Exhibition Area, Isabel Salgado; the director of the CaixaForum Zaragoza, Ricardo Alfós; and the curator of the exhibition, Matthieu Orléan, presented this Thursday 'Vampires. The evolution of the myth ', which can be visited until June 13.

More than 200 works from nineteen museums and private collections make up this walk through the history of this figure, popularized by literature and cinema and more alive than ever in popular culture.

As the curator has explained, the publication of the Dracula novel appeared almost at the same time as the invention of cinema, a ritual that takes place in the dark, almost "under the hypnosis of the screen."

For this reason, the seventh art is the "red thread" through which the entire exhibition runs: "It is as if cinema and vampirism were together and told a common story".

Of course, the figure of this mythological being has evolved throughout history, from the terrifying Nosferatu, "which evoked a paranormal figure", to the vampires that appear in today's narrative, "with humanity to flower of skin ".

Beyond cinema and literature, vampires invade every corner of pop culture: they are in role-playing games, in comics, on television, in series or in video games.

They remain supernatural beings, but they do not perpetuate the rules of the traditional vampire, as the 'True Blood' series suggests, or they can even become teenage heroes, like the vampire Edward Cullen from the Twilight series of novels and films, in which the romantic genre prevails over the horror genre.

The exhibition includes the costumes used in this Neil Jordan film by actors Tom Cruise, in the role of Lestat, and Kirsten Dunst, who played Claudia.

Of course, the exhibition also takes a tour of the "Historical Vampires", present in their different forms since ancient times, but whose legend took root in Central Europe in the Middle Ages.

In addition to Stoker's Dracula, you can discover more about Gothic literature with works such as The Vampire (1819), by JW Polidori, based on an unfinished tale by Lord Byron, and Carmilla (1872), by Joseph Sheridan Le Fanu, a story starring a vampire, since before Dracula there was a strong mythology around female figures.

After its inauguration in Paris at the end of 2019, the work has also visited Barcelona and Madrid, where it had to be "confined" for three months due to the pandemic.

As Salgado explained, during the conceptualization of the exhibition, more than four years ago, they could not imagine that it would be exhibited in a context like the current one, which is in a certain way "opportune" for the subject, since "the myth of the vampires resurfaces when there is a crisis, moments of uncertainty or restlessness ".