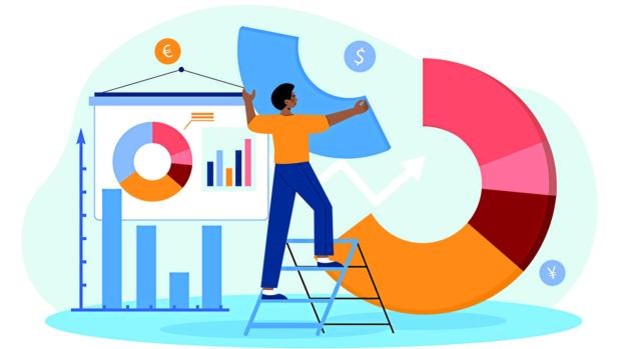 Is it time for the ‘value’ philosophy or for ‘growth’? In recent years, the ‘growth’ style, which seeks to acquire companies that have a high growth potential, has performed better than the ‘value’ style, which is committed to companies with a predominant position in its market and is listed at attractive prices. “With the exception of 2016, the last few years have clearly been for the ‘growth’ style,” says Borja Aguiar, sales director for Iberia at Amiral Gestion. The technological revolution has been the main factor that has driven the good performance of ‘growth’. Facebook, Amazon, Netflix and Google (known by the acronym FANG) are four companies, less than 25 years old each, that have created profitable businesses in four segments that barely existed at the end of the 20th century: social networks, online commerce , video on demand and internet search. Since 2017, the shares of these tech giants have appreciated between 200% and 500%. “The planet’s economy is ‘growht'”, says Javier Niederleytner, professor of the Master in Stock Market and Financial Markets at the Institute for Stock Market Studies (IEB), who believes that the growth style will continue to dominate in the coming years: “The world continues to evolve at tremendous speed. There are more and more applications and more telematic means. You have to look at leading companies and watch them when they are listed at attractive prices. The evolution of the FANG market has given the investor “growth” reasons. Each of the FANGs plays a prominent role in its segment. But they are also very active in buying companies to extend their tentacles outside of their traditional markets or to secure their dominant role. Facebook, for example, bought potential rivals such as Instagram or WhatsApp, while Google has invested in a multitude of entertainment companies such as YouTube or Waze. “They have large amounts of cash, so if they see an attractive company in technology they buy it,” says Niederleytner. The expert still sees a lot of travel to various technological areas such as social networks, online commerce, biotechnology … From Amiral Gestion, an investment house traditionally ‘value’, Aguiar believes that it is important to get rid of prejudices and open up to sectors traditionally associated with growth . «We are looking for a flexible ‘value’. Our goal is to invest in good deals at reasonable prices following fundamental analysis criteria. And that includes internet-based businesses that fall under the ‘growth’ style ”, says A Guiar. The «value» chooses to be flexible and open to sectors associated with growth In his opinion, some of the most attractive valuations within growth are in mid-cap companies, since the advantages of large technology are identified by many factors and Therefore, they are securities that trade at high prices. “In Europe there are some technology companies that are undervalued and have a low book value, these are some of the ‘growth’ companies that we usually look at,” says Aguiar. Caution The pandemic has given wings to some sectors of the ‘growth’ style, since the Covid promoted companies specialized in digitization, explains Aguiar. But that tech fever has also caused more than half of US growth stocks to lose, according to a GMO study released in late September. For this reason, Aguiar asks for caution and that investors carry out their analysis to look for growth values ​​that are listed at “reasonable prices”. .