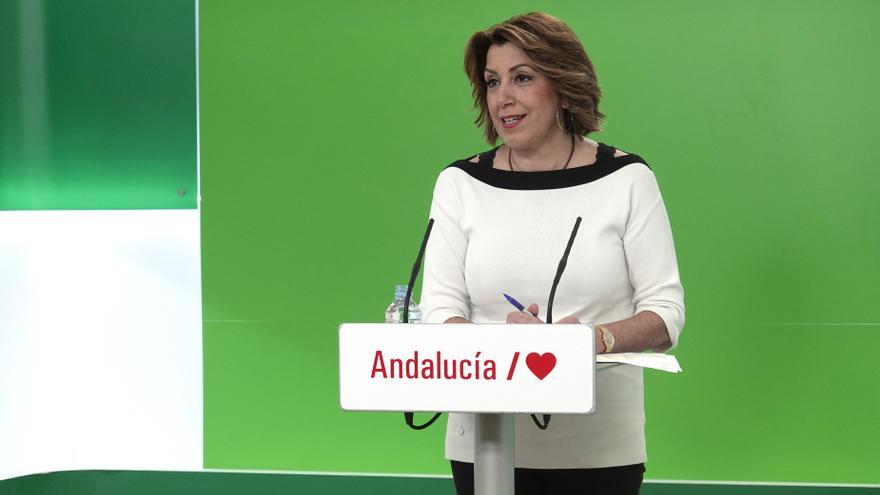 In A promised land, Barack Obama wonders if trapped by his own moralism “he had failed to offer Americans a story they could believe in; and if, after handing over the political story to my critics, he was going to be able to get it back.” I believe that Susana Díaz does very well not to give her critics the account of the reasons why she aspires to continue leading the Socialist Party in Andalusia.

Given the profusion of statements and manifestations by politicians and journalists appealing to the need for renewal in the PSOE-A, using as alleged weighty arguments the precedent of Miquel Iceta with respect to Salvador Illa or the benefits that the incorporation as leader of man would bring ( or woman) invisible (for now), or the wishes that some augurs attribute to the national leader, the truth is that so far there is only one person who has clearly said that he is willing to present his candidacy for the general secretary of the Socialist Party in Andalusia, Susana Díaz, and who, in addition, intends to do so according to the established rules: some primaries; without trying to dissuade any partner who might make the same decision as her.

In these times, it is very strong and valuable to declare that you are willing to compete while respecting the rules of the game. Never like today has it become so important not to bow to anyone’s designs, or to table-stretcher arrangements, because it is about enforcing the rule of law in our organization; to respect the value of the law. And the law establishes that it is the membership as a whole who chooses the most appropriate person to govern the party and, where appropriate, the one they consider most capable of competing for the presidency of the Junta de Andalucía.

No one will be able to fail to recognize the value and dignity of Susana Díaz by remaining in the opposition, even having won the 2018 elections with eight points of advantage over the Popular Party, during these two years in which she has had to endure all kinds of disqualifications coming from the right and the extreme right, after having been president of the Junta de Andalucía. This behavior, not avoiding its responsibility, is the value of coherence in respecting the will of the citizens of Andalusia who voted for it.

When from the very ranks you are asked to step aside as Miquel Iceta has done, you are introducing an element of confusion both in what is requested and in the reason given for asking. You are not supporting an alternative candidate that we know nothing about, just trying to eliminate a possible rival. It is not very edifying to win by default of competitors. First, because this makes the weakness of the person, or the one, who wants to be taken to the general secretariat evident and second, because it reveals the fear that the militancy will speak out. And asking for it to follow Iceta’s example is simply fallacious: Iceta, who topped the fourth most voted list in the autonomous regions of Catalonia, has not taken any step to resign as first secretary of the Catalan socialists. Consequently, he has believed that it is not a good electoral poster and it is a plausible decision.

In a never published essay on the literature in Castilla-La Mancha, the author wondered if anyone had seen the invisible man; to which the answer was: “we have not seen it, but it exists.” According to this author, something like this was the literature of Castilla-La Mancha. Something like this is also what Susana Díaz seems to be facing in the next Congress: it exists, but we have not seen it. When it becomes visible we will have the opportunity to comment, meanwhile I can only reiterate the value of someone who is capable of facing something that has no name. In the movie Value of law (Henry Hathaway’s), Rooster Cogburn (John Wayne) says to Mattie Ross (Kim Darby): “Little sister, you have to learn that you don’t always get what you want.” Great truth that serves to explain, for example, that in politics and in life is what usually happens most of the time: that you do not always get what you want, even if you have a lot of power (read A promised land) or a lot of money and a huge colt (see Value of law). It also serves to demonstrate, beyond words, that the courage and courage of those who do not fear their fate because they believe that they are defending a just cause, based on respect for the rules and the results of electoral processes, is stronger than any other impulse, even if four or whatever ride in front.