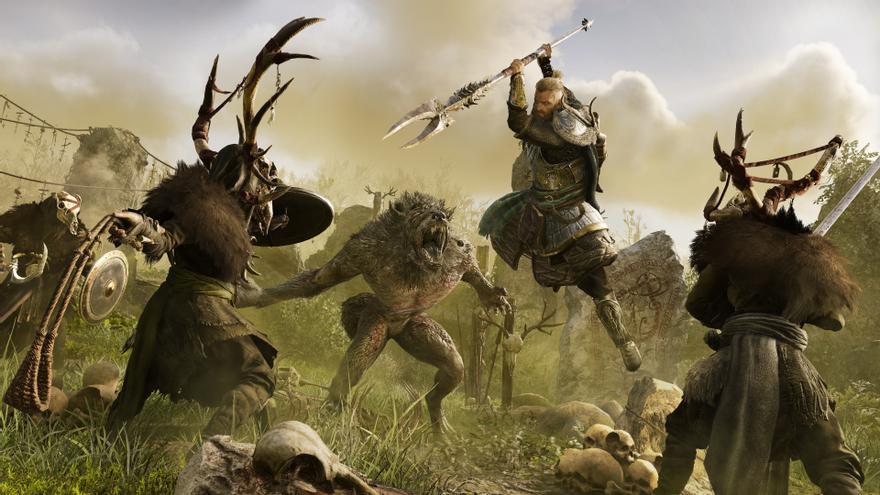 Madrid, May 12 (EFE) .- The first major expansion of "Assassin's Creed: Valhalla" will be available from tomorrow worldwide on all platforms under the title "Wrath of the Druids", the company announced on Wednesday Ubisoft in a statement.

The new Eivor adventure will take players on a journey to beautiful and captivating Ireland, where they will have to uncover the mysteries of an ancient Druidic cult, the Sons of Danu.

Immersing yourself in Gaelic myths and folklore, you will make your way through enchanted forests and breathtaking landscapes, as you help the Gaelic kings unify Ireland.

The story begins when Eivor travels to Ireland to see his cousin Barid. Soon enough, the High King of Ireland, Flann Sinna, drags them on a dangerous mission to unify the warring factions.

Players will have a new region to explore: intriguing and treacherous Celtic Ireland, made up of three provinces and the city of Dublin.

The expansion also includes some very recognizable places, such as the Giant's Causeway, the Hill of Tara, the Black Pig Dam, Ben Bulben Mountain and other points of interest.

To play the expansion, it is not necessary to have completed the story of the main game. "Wrath of the Druids" will be available once players have reached England and completed one of the first story arcs (either Cambridgeshire or Leicestershire), which are unlocked as soon as they arrive from Norway.

Players will be able to relive the ruthless fighting style of the Vikings, with a new combat system that allows two-handed weapons to be wielded; They will also be able to enjoy new features, such as looting, settlement construction, raids, or a redesigned equipment improvement and progress system.

Political alliances, combat decisions, and dialogue choices influence the world of "Assassin's Creed Valhalla," so players will have to choose wisely to protect the future and home of their clan.