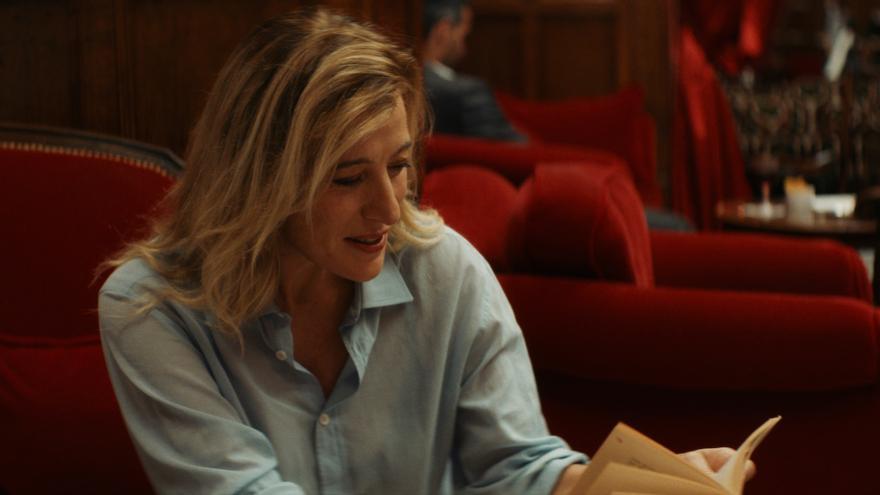 Cannes (France), Jul 11 ​​(EFE) .- The agenda of the French actress Valeria Bruni-Tedeschi is very full at the Cannes Film Festival. He has two films in and out of competition and a third film in the Critics’ Week parallel section, “Les amours d’Anaïs”, where he appears as the protagonist of a love triangle.

This film directed by debutant Charline Bourgeois-Tacquet completes its participation in this 74th edition of the contest, in which it opts for the Palme d’Or with “La fracture”, by Catherine Corsini, and presents in the new Cannes Première section “Cette musique ne joue pour personne “, by Samuel Benchetrit.

In “Les amours d’Anaïs”, Bruni-Tedeschi, sister of the singer and former first lady Carla Bruni, is a writer object of desire of the young Anaïs (Anaïs Demoustier), who is also attracted to her husband (Denis Podalydès ).

An argument inspired by the life of the French director, who according to what he told a group of international media this Sunday, including Efe, had a relationship with a married man and as he spoke about his wife, he perceived many points in common with her.

“As a child I always felt a certain curiosity and fascination for older women: my mother’s friends, the teachers … I told myself that I wanted to explore that and it ended up becoming a love story,” says Bourgeois-Tacquet.

In his story about that relationship there is no militant component, he adds: “I wanted to show a character who follows his desire without asking too many questions. For Anaïs, whether he is a man or a woman does not matter much.”

Bourgeois-Tacquet has projected his characteristics on the young protagonist.

“I worked a lot on the excesses to bring the film to comedy. She talks and moves all the time, she doesn’t listen, she’s very nervous, but her energy and her vivacity are things that the actress and I have. “, he emphasizes.

The tape reflects that the intellectual attraction is as important as the physical one. “It is a story of love and desire. I wanted it to be something intellectual as well. Anaïs does not fall in love with that intellectual by chance. It is an encounter between two sensibilities, not just something physical.”

“Les amours d’Anaïs” was screened this Saturday in the special session for the 60th anniversary of the Critics’ Week, which takes place from July 7 to 15, and is his first feature after the short films “Joujou” (2016) and “Pauline asservie” (2018).

The latter also premiered in the Week, a section that, like the rest of the festival, was canceled last year due to the pandemic.

“I dreamed of returning, also in a particular year, because there were no Cannes in 2020 and the competition was huge in this one, with films from 2020 and 2021. When I found out that we had been selected, I was very very happy,” he says.

Critics’ Week is dedicated to the discovery of new talents and in this edition it will screen among its seven feature films in competition “Libertad”, by the Spanish Clara Roquet, and “Amparo”, by the Colombian Simón Mesa Soto.