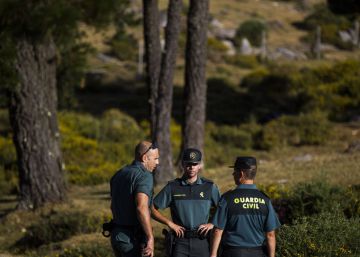 The Civil Guard They have arrested an exedil of Compromís of the Valencian town of Alfafar (Valencia) and his wife for sexual abuse, allegedly committed in 2015 on a minor who had taken shelter in his house, as confirmed by sources of the armed institute. The detainees will spend this Wednesday at the disposal of the Court of Instruction number 1 of Catarroja that instructs the case. According to the information published by the newspaper The Provinces, the couple had offered themselves as a host family for the young woman to live with them and had also obtained the certificate of suitability to care for children at home.

Upon learning that the couple intended to receive another child at home, the victim decided to file a complaint with the Civil Guard, reporting all the abuses and situations to which she had been subjected. In a registry in the computer of the now arrested ones, with the judicial authorization, the agents presumably found images of the nude adolescent and other minors in sexual postures. According to the published information, the couple is attributed the crimes of sexual abuse, she as a necessary cooperator in the facts, and possession of child pornography.

After knowing the news, You commit, party that represented the exedil in the consistory of Alfafar, has expressed in a statement "the most absolute condemnation for the crimes for which they are accused" both arrested. In addition, the precise training that both are not currently affiliated with any organization of Compromis and stresses that the National Executive Committee of training has taken the decision "to exclude these people from any organizational and institutional activity" of the coalition.