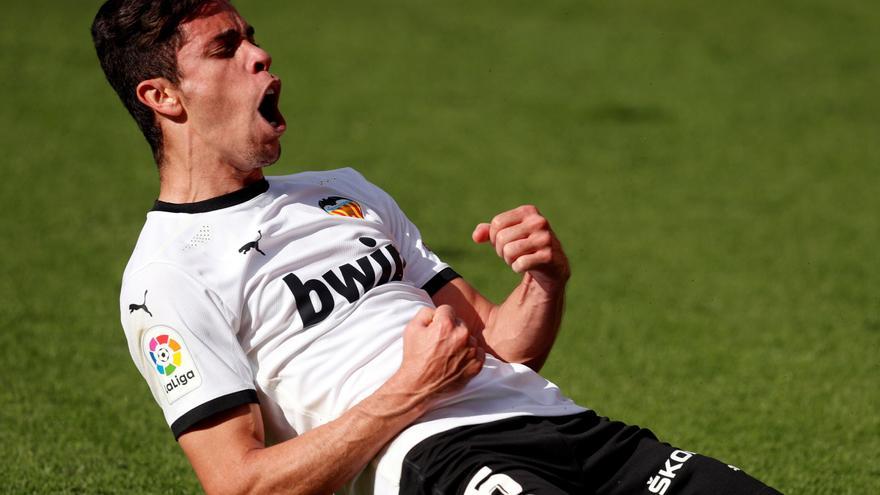 The Valencia neutralized in the second half the advantage of the Real society in a meeting that reached the break with 0-2 in favor of the Basque team and in which the level forces of the first half despite the score gave way to a second period in which the visiting team started better, but in which Valencia believed in their options and tied.

In the end, the equalized one knew better to the locals than to the visitors, since Valencia played the final ten minutes at a disadvantage due to the expulsion of Maxi Gómez.

Forces were level from the start, with alternatives to both goals, although Real Sociedad had more the ball than the local team.

Without either team having turned their forces in their favor, a Cheryshev center hit Gorosabel's hand inside the area. It was the 27th minute of play and Carlos Soler, with Remiro defeated to his right, threw the ball out on the opposite side. There was no goal, but the scoring was opened four minutes later in a cross shot by Guevara from the edge of the area that Jaume Doménech did not reach.

The two actions made a dent in the spirit of Javi Gracia's team, while Imanol Alguacil's outfit was loose, did not allow the rival to create danger and in one of the last actions before the break and after a defensive failure of the locals, Isak opened the gap with the 0-2 after a crossed shot.

The match reached its equator with a clear advantage for the outsider team despite the fact that the differences in the game between the two teams had not been so remarkable as to establish so much difference in the score.

After the break, Real Sociedad completely took over the match without giving any option to Valencia, which he made run behind the ball without giving him the slightest option of approaching Remiro's goal, so it gave the feeling that 0 -3 was closer than the arrival of a goal for the locals that would have given excitement to the match.

There was only one team on the pitch. The key players of the local team did not appear and the San Sebastian team had controlled their opponent, which only sporadically approached the visiting goal, although a downfall by Carlos Fernández on Gabriel Paulista meant the second penalty in favor of Valencia, who changed pitcher. Wass made it 1-2.

The Valencian team had the opportunity to get into the game when it was worst and for this, Gracia gave entry to Musha and Gameiro, which slightly varied the rhythm of the meeting with the local team somewhat more involved in the crash.

The rising line of Valencia led to the tie in a good header from Gabriel Paulista twelve minutes later, which balanced the score and gave way to a final stretch of the match, at least exciting, although shortly after a new incident, the expulsion of the local Maxi Gómez , put the game in front of Real, who failed to score the winning goal.

Incidents: match played at Mestalla without an audience. A minute's silence was observed in memory of Cipriano González "Ñito", Tenerife goalkeeper for Valencia between 1963 and 1966.