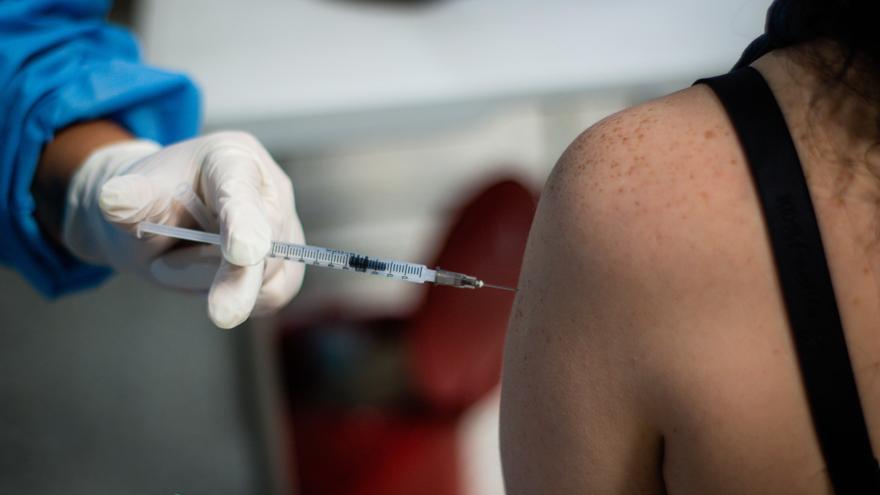 If 2021 had to be summed up in a single word that would undoubtedly be "vaccine". For that, and for what it has meant for the whole planet, it had to be the word of the year for the FundéuRAE.

A year has passed since the word we so long awaited for in 2020 came true. 365 days ago the images that showed the first vaccinated in each country flooded the televisions and newspapers of all the world. On December 8, 2020, the end of the pandemic was one step closer: British Margaret Keenan, 90, received the first vaccine validated by the World Health Organization (WHO).

Few times have we wanted so much that six letters were transformed into something tangible, although the path to achieving it has not been easy: its development, distribution and administration to millions of people was - and continues to be - an enormous challenge. But twelve months later, more than 8.3 billion doses have been administered worldwide, according to WHO data.

The feeling that this word evoked in us has changed throughout this year. First it was a symbol of hope that marked the beginning of the end of the pandemic. Over time, that hope turned into a New normality in which injections and long lines in front of the vaccine fields were the norm.

Now, after several months in this situation, the restrictions are back, additional doses are recommended and arise new variants. Today the word "vaccine" is a reminder that SARS-CoV-2 persists, that we should not trust ourselves.

There were two main reasons for the FundéuRAE to choose “vaccine” as its word for the year 2021. One of them was its linguistic interest, requirement that every candidate must meet.

The origin of the word 'vaccine'

The concept of "vaccine" was born in the 18th century, when an English doctor discovered that those infected by cowpox or cowpox were protected from human smallpox. And that relationship with cows has accompanied the word from the moment it first entered the academic dictionary, in 1803. Its only meaning then was' a certain grain or smallpox that comes out of cows on the teats when they are milked without those who have touched the horses 'barge wash their hands.'

To find its current meaning, we must wait until the 1914 edition of the "Dictionary", in which, in addition to its usual meaning relative to cows, another was included: 'Any virus or organic principle that, properly prepared and inoculated in person or animal, preserves them from a certain disease'.

And so it remained, with slight changes, until it reached the meaning that today the "Dictionary of the Spanish language" collects: 'Antigen preparation that, applied to an organism, provokes in it a defense response'. It is the sixth meaning, since, honoring its history, the previous five are reserved for cows.

The other great reason why it is the word of the year for the FundéuRAE is, obviously, their daily presence both in the media and in most areas. The pandemic It has been monopolizing information for two years, which is why a lot of doubts, confusion and new terms have arisen. For this reason, the Foundation has dedicated more than 100 recommendations to the coronavirus and its consequences.

The FundéuRAE has recalled that "vaccine" is not the same as "antidote", "serum", "immunization" or "biological"; that the neologisms "vacunódromo" and "vacuguagua" are correct, and that "inoculate" and "inject" do not mean the same thing. He has also explained how the names of vaccines are written, that the appropriate concordance is "mass vaccination sites" (not "massive") and that "trypanophobia" is an appropriate concept to refer to the irrational fear of injections, among many Another questions.

There is still a long way to go and possibly also linguistic recommendations to make about vaccines. Everyone's desire is to be able to see that the hope that this word brought us, that beginning of the end of the pandemic, leads us to the true endl. Thus, after "confinement" (2020) and "vaccine" (2021), the word of the year of 2022 may be very different.