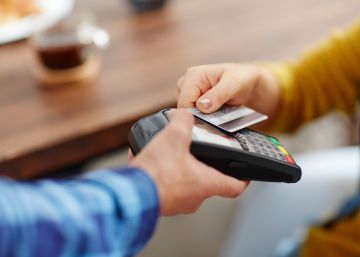 The decision of central banks to create money massively – through the call quantitative expansion– and lowering interest rates to stimulate the economy has had very uneven effects. Banks have received free money from the ECB and individuals and businesses, which have been able to borrow, have obtained very cheap loans.

However, there has been a big exception with credit cards called revolving. The financial entities that sell them apply interest rates above 20%, according to the Bank of Spain. These cards have a great diffusion among the most humble because they allow them to reach the end of the month even at an exorbitant cost.

In 2015, the Supreme Court issued a judgment (628/2015, of November 25) in which it condemned a financial entity for “the usury nature” of a card revolving which applied an interest of 26.4%. The judges invoked the law of repression of usury of 1908, known as Azcárate law. This law established that “any loan agreement will be void that stipulates a significantly higher interest than normal money.” The court compared the interest on the card with the average of consumer loans, much lower.

After this judicial resolution, many consumers asked for the nullity of these cards. The Consumers Union of Asturias has obtained more than 450 convictions for usury. In 2017, the Bank of Spain began publishing the interest rates of these credit cards. Since then, several Provincial Hearings consider that the interests of the cards are no longer usury if they are compared with those of other cards.

However, a recent judgment of the Court of First Instance 38 of Barcelona has canceled the contract for a WiZink Bank card that applied an interest of 26.82%. Judge Francisco González de Audicana, with more modern arguments, considers that these cards are void for breaching the transparency criteria and it is not necessary to determine if they are usurious. He cites the doctrine of the Supreme Court and, above all, that of the Court of Justice of the European Union.

In these cards, the fees paid become part of the available credit, which is automatically renewed. They have a perverse operation. As the monthly payments do not cover the provisions made, the outstanding amount is added to the existing debt and generates new interest for the following month. According to the judge, “remember a snowball that is increasing in size when used.” The case data are illustrative. Between 2008 and 2019, the consumer, who always complied, has had 12,726.18 euros; He has paid more than double, 25,427.41 euros, and still owes 8,254.73 euros, which represents an increase of 264% in relation to the amount received.

The lack of transparency is due to the fact that the interest is illegible and, above all, because its economic effects were not explained: “For every euro requested, I should return practically three to the entity”. Such a card would hardly be accepted.