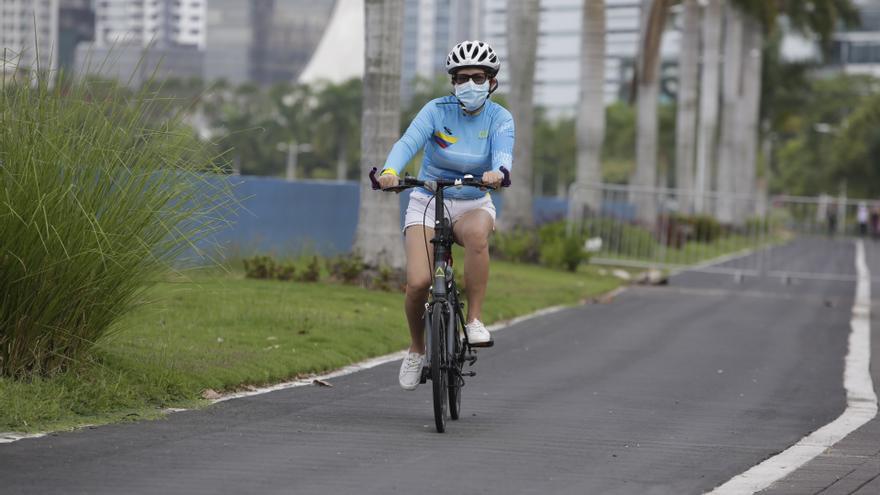 Madrid, Mar 25 (EFE) .- The “airbag” will be mandatory for drivers of large displacement motorcycles and there will no longer be exceptions to the mandatory use of a helmet on road bikes, which cyclists can now remove when there is a steep slope or it is very hot.

These are some of the novelties that the Minister of the Interior, Fernando Grande-Marlaska, has presented this Thursday in the field of road safety, in the corresponding commission of Congress, where he has listed the measures approved and already underway and those that are still pending. approve your department.

Marlaska has emphasized the priority that Traffic wants to give to the most vulnerable users (pedestrians, cyclists and motorists), who already represent 53 percent of road fatalities,

For their protection, some measures are being designed, among them the modification in the regulations of all those referring to the pedestrian, “since it has been, traditionally, considered as an obstacle to traffic.”

With this “change of approach”, its importance is recognized and its position in road spaces is protected, “he emphasized.

Regarding cyclists, Marlaska has announced that the exception of the use of the helmet on the road is abolished when there is a slope or it is very hot. “In this way, the use of a helmet is already mandatory without exceptions,” he added.

In addition to respecting the meter and a half when performing a maneuver that involves overtaking a cyclist on the road, the maximum speed of the vehicle must be 20 km / h lower than the maximum allowed on the road, according to the draft of vulnerable users.

Riders, or people whose work activity requires the use of a bicycle, will have to wear a helmet in the city.

Regarding motorcyclists, the reform of the Traffic Regulations that has been designed includes, among other measures, the possibility of motorcycles traveling on the shoulder at a maximum speed of 30 km / h in the event of congestion.

It also opens up the possibility of using intercoms incorporated into the helmet, since “the technology is tested and contrasted,” said the Interior Minister, who recalled that gloves will be mandatory for motorcyclists.

Likewise, the use of the “airbag” is foreseen in motorcycles with high displacement on the road, a measure that Interior wants to make effective in the medium term.

Marlaskka has trusted that before the end of the year this reform can be approved, the objective of which is to improve the security of the most vulnerable, the minister insisted.