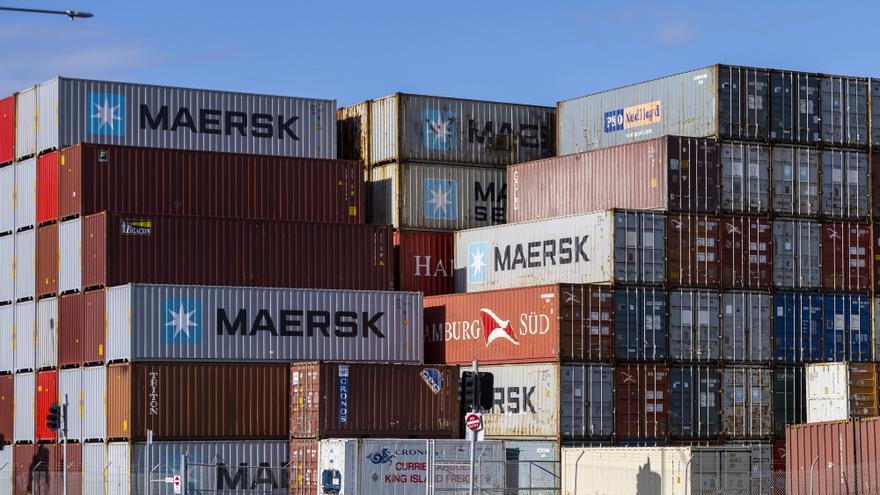 “The recent episodes of restrictions in value chains and logistics channels and the rise in energy prices and raw materials could cause greater and more intense effects on inflation and on the pace of economic recovery.” They are not minor words, they appear in the communiqué of the last executive meeting of the ECB. Almost in unison, the chairman of the Federal Reserve, Jerome Powell, in his first appearance after renewing his second term as Fed chief, succumbed to the siren calls of the market and stressed that it was time to withdraw the term “transitory “to describe inflation in the US.

The logistics and energy clamp is putting great pressure on analysts. To the point that the consensus -favorable until this third change in the two largest monetary authorities to a maintenance of the rates in force beyond 2022- has gone to register a technical tie. The positions are at 50%, according to Bloomberg, between Wall Street economists who see a rate hike in May 2022 and those who bet on its containment. Just the dialectical debate between hawks and doves that has been installed in the ECB and the Fed according to their latest official minutes.

Several economies around the world would serve as sample buttons for this dichotomy: cutting monetary fuel charges from exceptionally low rates on either side of the Atlantic to add more propulsion to the incipient post-Covid cycle. But we are faced with the appearance of new health risks due to the Omicron variant; precisely when the dynamism began to go, in this last quarter of 2021, from strength to strength. Three of these countries, the US, Germany and Spain perfectly reflect the friction of a phenomenon that resembles a perfect storm.

In the leading global power, Wall Street’s verdict, which heralds a Fed shift in the equator next spring, affirms that North American GDP is sailing at high speed, with corporate profits beating forecasts since March. This dynamism is driven by consumer spending soared during the autumn and sustained by a labor market in which unemployment benefits have slid, in their last weekly calculation, to their lowest level since 1969. Only 6.2% from the last inflation figure for October, with the CPI deflator or a rise from September to September at 4.4%, one tenth above the underlying rate, bursts into the recovery as a blur.

The Atlanta Fed anticipates that GDP between October and December, 8.6%, will be the strongest since the summer of 2020, extraordinary not only because it pulled the US out of the technical recession of the Great Pandemic, but also because of its explosion, marking a growth of 33.4%. Morgan Stanley and JP Morgan have just put numbers to this wave of data of economic revitalization. The study service of the former raises its prediction to 8.7%, from no less than 3%, given the “health of the GDP and the spending and investment capacity” of consumers and companies. While Michael Feroli, from JP Morgan, places it at 7%, two points above his previous estimate. In his case, due to the “notable correction” of the trade deficit, which leaves a positive contribution to GDP as a surprise, within signs of a certain improvement in the international trade and logistics crisis.

This boost from the US economy should not relegate that the Beige Book, prepared by the twelve state banks of the Fed integrated into their system, appeal for moderation due to the collateral damage that will still transfer to the economy the commercial bottleneck and the rising cost of energy for consumption and private investment.

More backward, as usual, the European economy is once again the epicenter of some global concern. The IFO report has just revealed declines in the Germanic leading indices due to their fourth wave of the epidemic, but, above all, due to the damage caused to the great commercial power of the EU by the obstruction of supply chains. This factor has undermined the confidence of consumers and companies, who will not catch their breath until after Christmas. The hope is in the new semaphore government – social democratic, green and liberal – of Olaf Scholz to act against an exacerbated inflation, of 6% in November, runaway raw material bills – especially energy – and an industry still in Red numbers, despite the growing pickup in orders and the reduction in inventories.

Paradoxically, investment expectations remain in a semi-euphoria phase, still assuming that inflation outbreaks will be temporary in the euro area, despite the fact that the Ministry of Finance admits a “slight increase in GDP” in the final quarter of the year. year and finalize its downward revision of the forecasts for 2022, which the panel of experts from Bloomberg relegates to 0.7%. The new Chancellor asks the ECB to act “if inflation does not subside” on the same wavelength as his predecessor, Angela Merkel, who, in her last days in office, calls for a strategic shift in European monetary policy in case of that the rise in prices persists: 4.9%, the highest in the two decades of the ECB’s existence.

“The reactivation of the global economy continues, but it has been weakened by the double logistics and energy crisis, which has fueled new imbalances” sums up the latest OECD report, which warns of the greater uncertainty created by the Ómicron strain.

In Spain, with a situation halfway between the American vigor and the German stoppage and prices at similar levels to both economic superpowers, experts from the club of high-income nations give it a 4.5% increase this year -for below the 6.9% for the US and well above the 2.9% for Germany. It is also awarded the award for the most dynamic industrialized GDP for next year (5.5%) and 2023 (3.8%). However, the “high risk” climate on the gas bill – notably in Europe – and the shopping basket will fuel inflation in monetary partners and cause greater imbalances in consumer demand and job creation .

All this – said the chief economist of the OECD, Laurence Boone-, has been a torpedo on the waterline of the post-Covid business cycle, to which governments must continue to contribute, because “their work is not finished”. They still need – he says – “to rethink their fiscal policies and spend resources more wisely to add growth potential and accelerate the energy transition.”

Hispanic activity was already sailing with a certain delay. The 2% quarter-on-quarter increase between July and September attests to this, with inflation of 5.6% in November. Although on the other side we see strong job creation, to the point that the employment rate has not only recovered its levels before the epidemic, but also those of 2008, before the credit crunch, with unemployment chaining nine months of decreases for the first time in history and the execution of European funds in almost a boiling state -43.1% and 10,425 million euros-, according to official data to which it has had access ElDiario.es.

These figures lead the Bankinter Analysis Department to admit that “the improvement in the labor market continues hand in hand with the economic recovery and the normalization phase of the service activity”, although they clarify that “there are still 2% of employees in ERTE or provision of self-employed ”. The occupancy rate exceeds 20 million.

Bankinter, like practically all private entities and institutions such as Funcas, have reduced their predictions, although they trust in the boosting effect of this final quarter, with GDP rises above the OECD forecast in each of the three-year fiscal years , by the effect of the immunity of the vaccines, the vigor of the consumption and the investment prospects. Although AFI warns about the brake on the foreign sector of the logistics-commercial crisis, which has begun to emit positive signals in the US, but not yet in Europe.