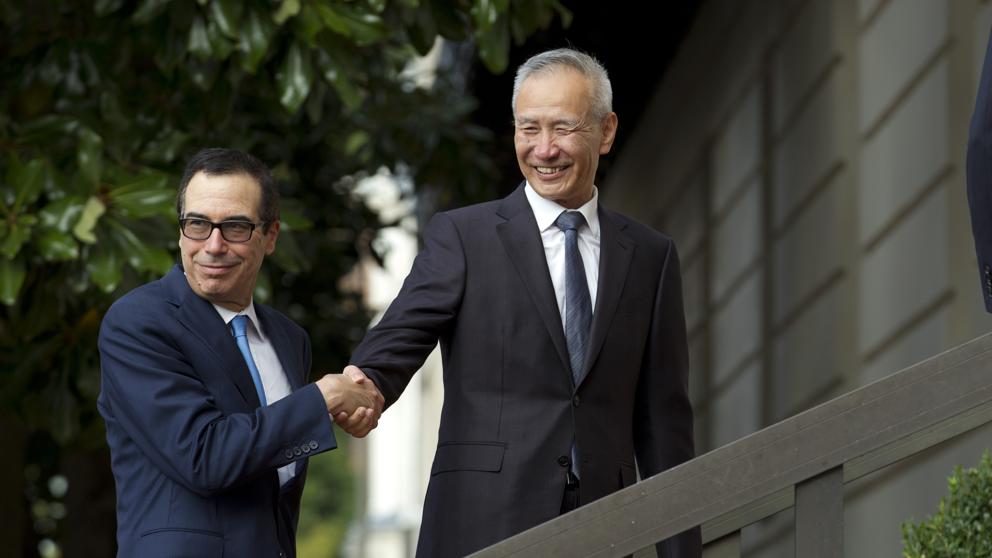 Political tensions have cooled the moderate optimism with which the new round of trade negotiations between United States and China, started yesterday in Washington. But gestures in favor of a relaxation – like the decision of Peking of buying American agricultural products again or the postponement of the new round of tariffs on Chinese imports– and the desire to mitigate economic damage continues to weigh in favor of both sides pacifying a truce to the trade war started over a year ago. The White House insists that China is suffering much more than the United States from the consequences of the conflict, but the cooling of the global economy is a risk factor that they are interested in clearing as soon as possible.

On the table, a possible currency agreement that would delay the entry into force of the new Washington tariff reprisals against Beijing. The uncertainty is total. The news that the technical preparations of the new negotiating round had not registered tangible progress made the pessimism on the stock market spread on Wednesday, which recovered from the scare yesterday with the announcement of President Donald Trump that today he will receive the chief in the White House Chinese negotiator, Deputy Prime Minister Liu He. His message, however, was deliberately ambiguous: “Great day for negotiations with China. They want to reach an agreement but what about me? ”He tweeted, leaving the answer in the air.

Trump's attitude could respond to criticism that in certain conservative sectors has caused the leak that the United States and China would be negotiating a mini-agreement with which to begin to relax trade tension between the two countries. Washington presents it as a way to build trust between the parties. Any agreement will be subject to strong scrutiny by Congress and, in particular, the Republican ranks, which have been criticizing Barack Obama for years for letting himself be tricked with vague promises of amendment by China. Although critical of their unusual use of tariffs as a tool of pressure, Democrats support the president's attempts to correct some of the problems of the bilateral trade relationship.

The main point of the possible agreement would be the application of the pact on exchange rates reached in February, before trade negotiations jumped into the air. In August, Trump broadened the scope of the trade war by officially accusing China of manipulating its currency, which prompted a new wave of tariff penalties.

If there are advances on exchange rates today and Beijing offers, for example, to increase its purchases of agricultural products, according to the Bloomberg agency, Washington could respond by postponing or suspending the tariff increase scheduled for next week, an extra 5% on goods valued at 250,000 million dollars annually of trade. The Chinese delegation, for its part, demands concrete gestures from Washington before taking new steps. Depending on the progress on issues such as intellectual property, the United States could void some of the current levies.

"The Chinese delegation arrives with great sincerity, with the intention of cooperating with the United States in the trade balance, market access and investor protection," Liu said yesterday. The overwhelming reaction of Beijing to the comments of support of an NBA businessman to the pro-democracy protests in Hong Kong, added to the US sanctions. to Chinese organizations and companies for their repression of the Uyghur minority, the political climate has thinned and makes the result of the current negotiating round unpredictable.