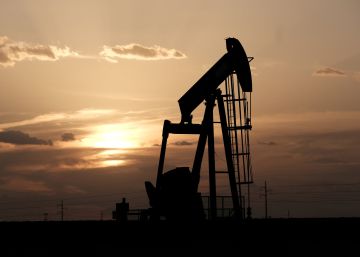 The road that started the United States over a decade ago in search of energy independence has just marked a milestone, at least symbolic. The September trade balance reflects a surplus in oil product exchanges, the first since 1978. Domestic production of this energy source skyrocketed thanks to the new extraction techniques such as hydraulic fracturing.

The US exported oil products worth 15,000 million dollars that month, according to data published by the Department of Commerce. Imports were around 14,750 million. That is, the world's largest economy was a net exporter for 250 million. It was a matter of time before this brand was reached, which must still be sustained and is exposed to factors such as the dollar exchange rate.

This first surplus in four decades, however, shows the change in the market that followed the revolution of fracking. This extraction method allowed to exploit the maximum old deposits and open new wells. The exchange gap was gradually closing and led to the US ceasing to be a net importer. It currently controls 18% of world production.

It was an unthinkable situation when former President George Bush signed a decree twelve years ago to guarantee US energy self-sufficiency. Jimmy Carter also paid special attention to the need to reduce the economy's dependence on crude oil imports. What they didn't anticipate is that the fracking I was going to make him the biggest producer on the planet.

The US Energy Information Administration estimates that oil production It is currently around 12.6 million barrels per day. The 10 million barrels were exceeded in February 2018. Already in November last year, combined exports of crude oil, gasoline and other petroleum-derived fuels exceeded imports for a week, something that had not happened since 1973.

Energy production is one of the issues under debate among the candidates for the Democratic nomination for the presidential elections of 2020, in the framework of the climate change discourse. Senators Elizabeth Warren and Bernie Sanders propose banning the fracking completely if they arrive at the White House. Pete Buttigieg wants to do it in a more staggered way, starting with the new wells.

The data with the commercial exchanges became known after the Organization of Petroleum Exporting Countries (OPEC), to which the United States does not belong, lower the forecasts of growth of global demand in the medium and long term. Now he projects that it will rise to 104.8 million barrels per day in five years and rise to 110.6 million per day in 2040.

Quote when talking about this moderation "stress signals" in the economy. The last 12 months, the poster adds, were "complicated." The 14 OPEC members expect their production to be reduced to 32.8 million barrels per day over the next five years, compared to 35 million they project for the whole of 2019. This happens, they add, while the US continues to increase production.

Mohammad Barkindo, OPEC Secretary General, points out in any case he begins to see a slowdown in production growth also in the US. He explains that it is the result of the "unprecedented growth seen during the last two years." The price of the barrel that is traded in the US fell by 20% in the last year as a reflection of the increase in supply. Brent did 30%.

This tension is reflected in the whole trade balance. The deficit was reduced by 5% in September, to 52,500 million. That last month the last battery of tariffs entered into force in the US battle against China. The gap with the Asian economy narrowed by 13% over the past nine months, but was offset by increases with countries such as Mexico, South Korea and Vietnam.