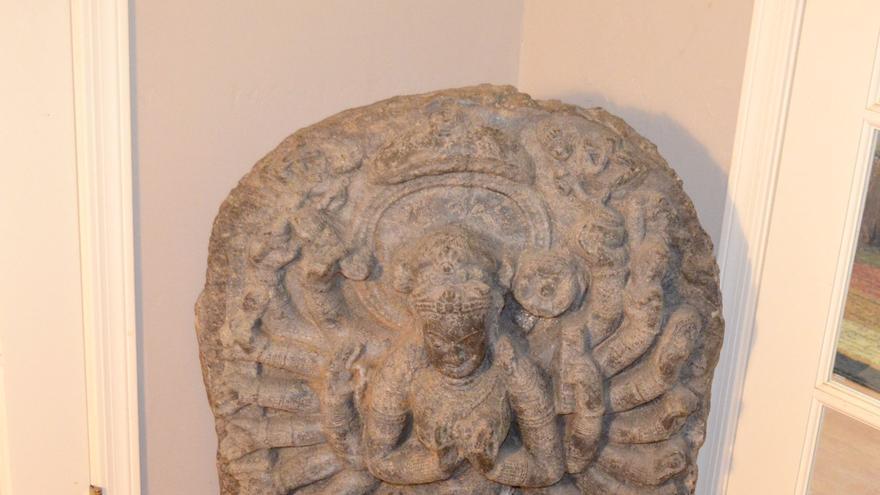 Tucson (USA), Jan 6 (EFE) .- The United States Immigration and Customs Enforcement (ICE) announced this Wednesday that it recovered a Buddhist statue dating from the 9th century from a home in Arizona, and that it was bought and brought to the United States illegally more than half a century ago.

The investigation began in October 2019 when federal agents, along with the Office of Investigations and Homeland Security (HSI), received information that the ancient statue was in a home in Phoenix.

Based on this information, HSI contacted the owner of the residence who had already expressed concern about having the statue, which she had inherited from her family.

The owner said she believed the statue had been purchased more than 50 years ago in the Middle East when she and her family were living abroad.

After learning the origins of the statue, the collector voluntarily agreed to hand it over to federal authorities so that it can be repatriated back to India.

In September, federal agents contacted a professor of Asian art and studies at the University of Northern Arizona to help with the identification and the academic verified that the statue, weighing about 500 pounds (227 kilos) and 3 feet (90 centimeters) tall, was the image of a Buddhist goddess.

It corresponds to Mahayana Buddhism, which literally means “great way”, one of the three most important forms of Buddhism in India.

On January 4, the HSI confiscated the statue for having been imported to the United States contrary to the Compliance Act signed in 1970 between this country and the United Nations Educational, Scientific and Cultural Organization (UNESCO) .

The statue has been in storage and will be shipped to India.

Jesús Monzón sings to the Gran Canaria landscape from Tamadaba