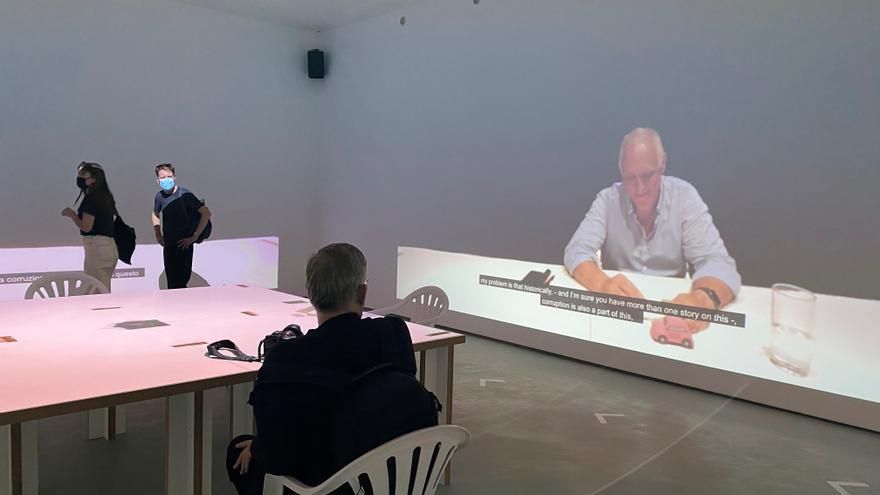 Venice (Italy), May 21 (EFE) .- Uruguayan architects Federico Lagomarsino and Federico Lapeyre, and psychologist Lourdes Silva invite the audience of the Venice Architecture Biennale to immerse themselves in a recorded debate, as if it were taking place on a platform digital in times of pandemic, to reflect on the future of the planet.

The Venetian exhibition will open its doors to the public tomorrow, May 22, and until November 21.

“Our curatorial design has to do with accepting and assuming that architecture as a disciplinary field, from its singularity, cannot answer a question of these magnitudes,” Silva explained to Efe.

Far from offering a concrete answer, Uruguay proposes various scenarios, which arise from the recorded debate of some 60 people in ten conversations on issues such as immigration, cybersecurity, collective housing or social inequalities.

The Uruguayan pavilion, located in the Venetian Gardens, has a white table and the different conversations that the visitor will listen to are projected on the walls so that they can reflect on their vision of the different problems exposed.

“What you are going to end up seeing in the room is something very similar to what we are experiencing (in times of pandemic), conversations on digital platforms, you can see the other’s house, you can see us on the screens in about 30 centimeters” Lapeyre commented.

“Our project is an invitation to sit at a table, to participate in a table, where one will be surrounded by more than 60 people who debate issues that have to do with coexistence. One will arrive at the pavilion and be invited to participate in an immersive installation, “added Lagomarsino.

The video lasts about 15 minutes and exposes the key points of the different conversations, while all the complete debates will be included in a digital catalog so that the viewer can continue to deepen if they wish.

The participants are from children to experts, through demographers, sociologists, figures from the world of politics, a ‘hacker’ and even a seer, all of them offer multiple opinions “that are sometimes dissonant with each other,” Silva said.

Among the questions they try to answer is, for example, “where and how will we die?” A group of children also creates their city of the future with models, while several immigrant women from Peru and Ecuador talk with their children about the places they have visited and from which they have been expelled.

The recording of the different forums was carried out for seven days at the National Institute of Performing Arts of Montevideo, dependent on the Uruguayan Government, and the different guests were accompanied to the room, sat at the table, and began to debate some questions that previously they had been done, while a camera recorded at 360 degrees.