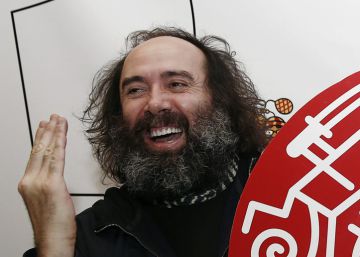 After more than three years of trials, complaints and statements more or less risque, the war between the owner of the design firm KukuxumusuRicardo Bermejo, and the creator of the brand, Mikel Urmeneta, has taken another step, although it is possible that it does not end the controversy.

The Provincial Court of Pamplona has revoked the decision of the Commercial Court of March 10, 2017, partially estimating the appeal filed by the cartoonists of Katuki Saguyaki, a company led by Mikel Urmeneta, reports Europa Press.

The Commercial Court, based on contracts for which the artists yielded to Kukuxumusu the exploitation rights of a series of drawings, He had forbidden artists to reproduce Kukuxumusu's drawings "whatever the scene, situation or adventures in which these drawings may appear represented ”. In practice, the consequence was that, for example, Urmeneta could not draw her blue bull named Mister Testis in any scene or situation.

The Provincial Court of Navarre is based on the fact that the object of the transfer by Urmeneta to Kukuxumusu were drawings, but not the characters that are reflected in them, and states that, in such circumstances “it is unquestionable that the author can continue representing [ those characters] in his works, provided we are not facing a purely mimetic or identical reproduction of what appears in the drawing. ” For the Audience, the prohibition to reproduce the drawings in any scene or situation would be exacerbated.

The authors, the sentence concludes, continue to hold not only the moral right of integrity even over the drawings, but the right of transformation over the characters themselves. The problem is the practical application of the sentence, since Urmeneta, when he was a partner of Kukuxumusu, sold 8,000 drawings about his characters, in all kinds of attitudes. Therefore, the artist could represent the bull but as long as it does not match the positions or scenes that he already sold to Kukuxumusu.

Urmeneta did not hide his satisfaction with the ruling of the Provincial Court. In comments to this newspaper, he pointed out that from now on he will be able to recover the blue bull again, "although in different positions than those I sold to Kukuxumusu. I know what drawings I have sold and now I can evolve the character differently than what I did in the past. Anyway, any drawing I made now about the bull would not be the same, although it is obvious that it will resemble the well-known character. " This artist has planned to promote the blue bull again, in the new business projects he has in hand, with original scenes "because he is a character known to the public for 25 years."

In the previous judicial cases, in which Urmeneta has been convicted on some occasions, the topic of debate has been who could market the drawings sold, which is the current business of the brand. Business promotion or merchandising companies now pay Kukuxumusu for using the drawings on umbrellas, cups, towels or ashtrays. Kukuxumusu no longer has its own open store or template, after conducting an ERE and face a contest of creditors for debts before the Treasury.

Katuki Saguyaki has made a statement in which he thanks "all people and all associations of artists, illustrators and creatives for their unconditional support during this unfair and surreal period."