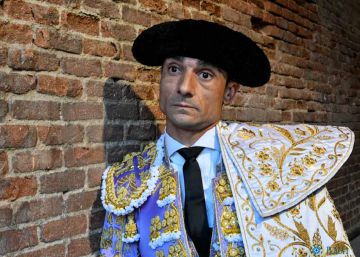 Paco Ureña, the great winner of last season in the main cycles, will not be at the April Fair in Seville; The name of the Murcian bullfighter joins that of the gentleman Diego Ventura, the undisputed leader of the current bullfighting, which is also not on the Sevillian cartels.

These are the two most outstanding notes of some definitive combinations that have leaked on social networks hours before their official announcement, and in which the names of Morante de la Puebla, Roca Rey and Pablo Aguado stand out, which are announced four afternoons each; José María Manzanares and Alejandro Talavante will be on three promenades, followed by El Juli, Antonio Ferrera, Enrique Ponce, Diego Urdiales and Miguel Ángel Perera, who have hired two performances.

Consequently, the list of those absent with merits to be in the Sevillian subscription is long, as is often the case every year, as it is a cycle dominated by the figures. However, the names of Fortes and Rafaelillo sound, two bullfighters beaten by the injuries that have amply demonstrated their merits to appear on the cartels.

There is no news in the livestock section, as it was known in mid-January that four irons would double in the fertilizer: Victoriano del Río, Núñez del Cuvillo, Garcigrande and Juan Pedro Domecq, which are precisely what the trio of bullfighters is distributed that make up the base of the subscription. The others are Hnos García Jiménez, La Palmosilla, Santiago Domecq, Jandilla, Fuente Ymbro, Victorino Martín, Miura and San Pelayo.

Torrestrella bulls, which have reached the ‘category’ of belonging to a hard livestock, El Pilar and Daniel Ruiz, have been left out of the fertilizer.

In the light of the bulls and bullfighters that are announced, the April Fair does not offer news, most bullfighters are amortized, and many livestock farms lack the minimum interest for the amateur.

In total, 15 runs are announced, a rejoneo show and seven bullfights, the same celebrations as last year.

As is traditional, the season will open on Easter Sunday, April 12, and the continuous cycle of runs runs from Wednesday, April 22 to Sunday, May 3.

The posters are as follows: