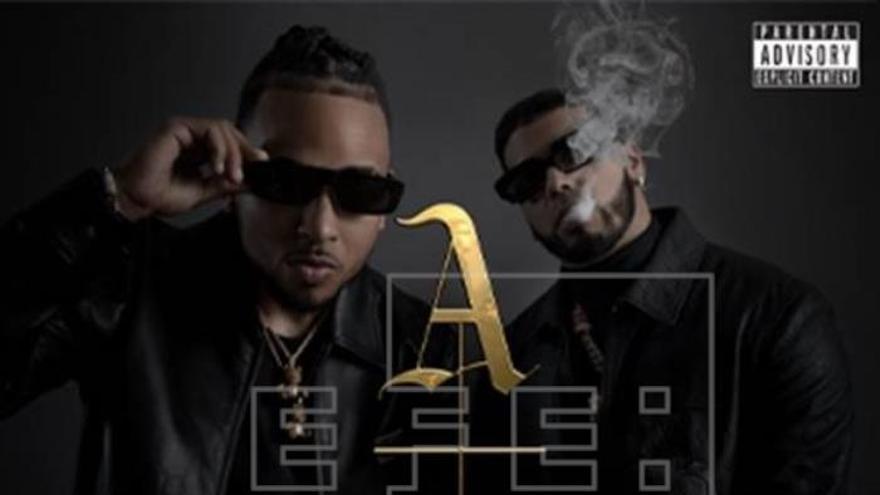 San Juan, Jan 22 (EFE) .- Puerto Rican urban artists Ozuna and Anuel AA released this Friday “Los Dioses”, their first album together with twelve unreleased songs, a project they have been working on for more than five years.

“I am happy that finally ‘Los Dioses’ is out on the street. This is an album that we wanted to make for a few years, but our individual commitments had not allowed it,” Ozuna said in the statement.

“I really enjoyed the process and the experience of working with Anuel AA, whom, as you know, more than a colleague, I consider a brother. I also thank all the team that collaborated in this production, and we hope that everyone will like it. “he added.

Anuel AA, for his part, stressed that “Los Dioses” is “important for both of us, for Ozuna and for me, since since 2015 we had talked about this project and we had not had the time to carry it out.”

“We have a lot of chemistry in the studio. You will see the result and we hope that the public will like it,” he added.

The artists made the album launch official earlier this week by revealing the cover on social media and announcing the pre-sale of “Los Dioses” on digital platforms.

As a prelude to the release of the album, a 20-minute documentary was included, entitled “Anuel AA & Ozuna – Los Dioses”, which premiered last Wednesday on Ozuna’s YouTube channel.

This Thursday the music videos of the singles “Los Dioses” and “Municiones” were released on Anuel AA’s YouTube channel and today, Friday, simultaneously with the album’s premiere, the music video for the promotional single, “Before”, was released .

The music videos were filmed in the city of Miami (Florida, USA) under the direction of Fernando Lugo.

Prior to the release of “Los Dioses”, Ozuna and Anuel AA already had a collection of successful musical collaborations on singles such as “adicto”, “China”, “Cambio”, “BEBE”, and “La Ocasión”, among others.

Since the beginning of the year the two began to give signals on their social networks of the imminent release of the album, great expectation was generated among their followers.

Looking for “a final product that meets or exceeds the expectations of its audience”, according to their representatives, both artists dedicated long hours of work in Miami studios to the composition, production and selection of the 12 songs that are part of “Los Dioses “.

The artists did not skimp on resources, and have also had the collaboration of important urban music producers and composers, including: Dynell, Yazid, Tainy, Hi Music Hi Flow, Carlos Mercader, Ovy on the Drums, Lil Geniuz, DJ Luian, Mambo Kingz, Jowny, Foreignteck, Turn It Up Neo, Yo Poppy, and Legazzy.

“‘Los Dioses’ is an album in which you can see how Anuel AA and Ozuna become accomplices to climb together to another level in their musical versatility,” it was highlighted in the press release.

Similarly, “both venture to merge their distinctive styles to create a proposal that offers a perfect balance between the most popular rhythms and styles of the moment”.

To lay the conceptual basis for the production, the album begins to the rhythm of trap in Spanish with the theme “Los Dioses”.

Followers of this musical style will also be able to enjoy “RD” and “Perfecto”, while those who prefer to dance to the sound of reggaeton, can do so by listening to the songs “Before”, “Never” and “Dime Tú”.

In addition, Anuel AA and Ozuna experiment with different rhythms in songs such as the ballad “Contra el Mundo”, American rap in “La María” and the instrumentation of strings and winds in “Municiones”.

On the occasion of the launch of “Los Dioses”, both appear on the cover of the first digital edition of 2021 of Billboard magazine, making history as the first Latino artists to head the digital version of the publication.