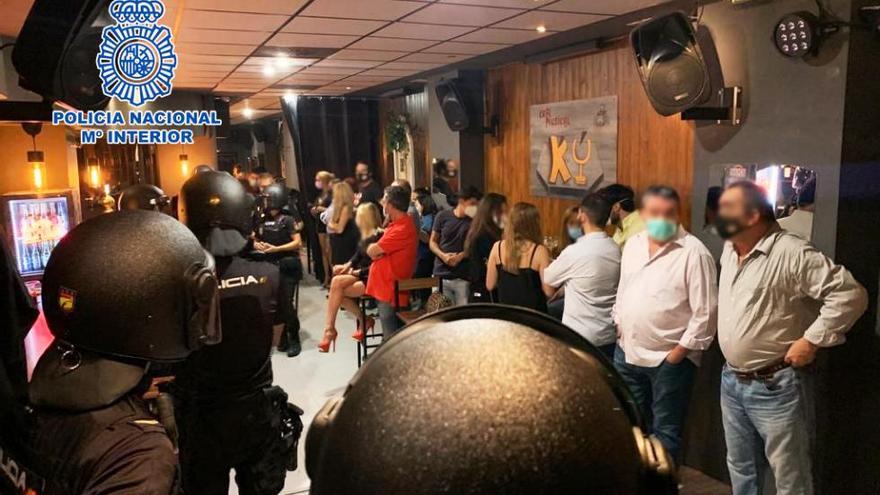 The municipal councilor for Urbanism of the Zaragoza City Council, Víctor Serrano, has announced that the maximum penalty will be applied, which can reach up to 30,000 euros, together with the closure of the premises for six months and the loss of license for the same time, to establishments that organize the so-called "covid parties".

These measures will be adopted after detecting "non-compliance" of the restrictive measures in the face of the coronavirus pandemic in establishments open to the public, such as exceeding capacity and closing times of all activities, without the adoption of sanitary measures such as the mandatory use of mask or interpersonal distance, as happened last weekend in a Zaragoza bar from which 75 young people were evicted.

To apply them, the municipal councilor for Urban Planning has issued an instruction that places special emphasis on infractions that, alternatively or cumulatively, entail the imposition of sanctions. both economic - from 601 to 30,000 euros- such as suspension of activity, closure of the establishment or disqualification of the owner, in all these cases for a maximum period of six months.

Likewise, the procedure allows to take advantage of very provisional measures and the Police "can evict and close the premises without judicial proceedings, although later they can request protection from the courts" as indicated in article 43 of the Law of public spectacles of Aragon, he has cited.

At a press conference, Serrano explained that the toughening of the sanctions is contemplated in the legal system and this instruction "is not a modification of ordinances, but rather that the order of the Zaragoza City Council and the Government Health orders are complied with. Aragon and the Government of Spain ".

He has said that the social significance, the health risks, the degree of intentionality, the social and sanitary alteration, and the recidivism will be addressed because after a three-month confinement, "all these irresponsible ones will be punished" to point out that they are a minority compared to the "high degree of compliance with the standards by the hospitality sector".

Serrano recalled that on September 11, the Zaragoza City Council issued a decree so that nightlife venues can be converted into bars or cafes. Most of the entrepreneurs in this field have been welcomed, but they have observed that there is a minority sector that "continuously fails to comply with the rules". Specifically, he has said that a file has been opened from a place that has requested to be converted into a cafeteria, but "whoever puts the health of others at risk cannot benefit from exceptional measures."

At parties in homes for tourist use, the municipal councilor has recognized that it is "more complicated" to act as it is a private address because it is not concerned with the Law on public entertainment. He has asked for the collaboration of citizens so that they communicate it to the competent authorities because "this way it is easier to detect a situation of this type. It is an obligation of all," he added.