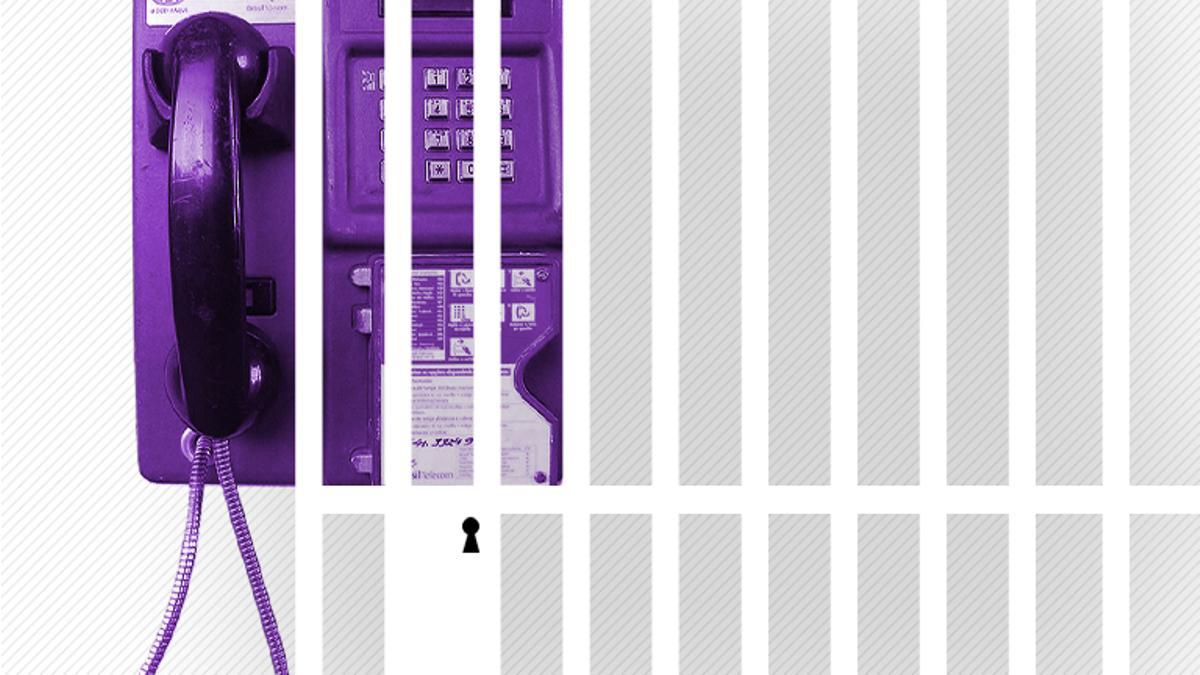 Prison legislation recognizes the right of inmates to "communicate periodically" with their families, friends and lawyers, except in cases of judicial limitation. These contacts —considered key for the inmates' social and emotional well-being and, consequently, for coexistence in prisons— take place through family or intimate encounters and, especially, telephone calls. Some calls that, however, have a price "too high" as reported by express and lawyers.

Penitentiary Institutions confirms to elDiario.es that an eight-minute call from jail can cost up to 2.45 euros. That is the price of mobile communications during normal hours (Monday to Friday from 8 a.m. to 8 p.m.), which are usually the most common according to the sources consulted.

The price is reduced to 1.70 euros for eight minutes if the call is made to a mobile phone during reduced hours (Monday to Friday from 0 to 8 hours and from 20 to 24 hours and Saturdays, Sundays and holidays throughout the day). Calls to landlines are cheaper: 0.28 euros for eight minutes in the same province and 1.13 if it is to the rest of the national territory. Since the pandemic, prisoners can make 15 calls a week - previously there were ten - and each call can last a maximum of eight minutes. Therefore, if an inmate uses the maximum number of telephone communications that he is allowed, he could spend up to 36.75 euros weekly. Monthly, the amount would be around 150 euros.

According to information provided by Penitentiary Institutions, these prices, which were reduced in March 2020, are somewhat below what it costs to call from other public pay phones such as booths installed on the streets. However, they are well above the rates that can be found in the free market, where closed-price plans abound with unlimited calls to both landlines and mobiles.

Each prisoner has ten numbers authorized by the management and pays for their communications through the so-called pocket accounts, in which their environment gives them funds to meet the expenses within the prison and where they also receive the money for their work activities. in prison workshops, in case they are carried out. The weekly spending limit is set at 100 euros. And with that balance they must deal with these calls and the purchases they make at the commissary.

In addition, in Penitentiary Institutions they explain that the prisons and Social Insertion Centers dependent on the Ministry of the Interior have grants to give “punctual” help for telephone communications, among other circumstances, to those who do not have resources. And the law also provides for face-to-face visits by relatives and lawyers.

The current service provider is Telio Iberia SLU, a company dedicated exclusively to the commercialization, installation, management and operation of telecommunications for public use in Penitentiary Institutions. The company, whose parent company is in the Netherlands, was incorporated in September 2016 after the partial spin-off of Telefónica Telecomunicaciones Públicas, the historic subsidiary of Telefónica cabins.

The contract dates back to 1994, when it was awarded to Telefónica. Since then it has been updated several times, the last in 2019. That year, the system of physical cards for the payment of calls was changed to a digital pin through an addendum by which an urgent digitization was agreed. The idea is to put the service out of competition again soon, they confirm from Penitentiary Institutions.

The information deposited in the Mercantile Registry shows the beneficial business of managing calls from prison. Telio Iberia SLU's turnover reached 10.46 million euros in 2019/2020 and its profits were 5.03 million. In other words, the company earned practically half of what it invoiced. A result that exceeded that of the previous year, in which the net amount of the turnover was 9.69 million and the profits reached 4.46 million euros. The accounts also include the distribution of 1.46 million in dividends charged to the 2019/2020 financial year and do not reflect the existence of salaried personnel.

The company's income "corresponds mainly to the sale of telephone cards to prisons located in the national territory," the accounts collect. Income from the sale of these cards reached 10.9 million euros in the last audited year, from which 684,000 euros must be deducted in "prepaid card discounts".

The company's own memory reflects that its billing "skyrocketed" in March 2020 compared to the preceding months because the company advised prisons to increase card orders due to the possible difficulty of supplying them during confinement.

To questions from elDiario.es, a spokesperson for Telio Iberia SLU explains that the prices of calls “obey what is established by law” while there are regulated prices of a base rate published by the operator Telefónica de España for the rates at home, there is also a regulated surcharge for telephony for public use and finally the penitentiary centers have a price with a discount on the previous regulated one.

Many inmates consider the price of calls from prison excessive. “These fees force family members to make a great effort. In my case, my wife and my mother. I never made use of all the calls due to lack of means and my lawyer only called him if it was very urgent. But there were other companions who could hardly communicate due to lack of money ”, affirms a man who spent three years and a month in prison in the centers of Seville I and Huelva and who prefers not to be identified.

“Someone is getting rich at the expense of the underdog. It is inconceivable and impossible to pay 150 euros in calls monthly. The inmates' right to communicate exists but only for the rich or family members who sacrifice themselves, ”says the relative of another inmate who also requests anonymity.

Telephone rates from prison are also “disproportionate” for attorney Marina Fernández, who recalls that the majority of the prison population comes from vulnerable situations and that, on many occasions, their economic, family and social possibilities are precarious. "It is very unfair. Contact with the outside is key for people who are deprived of liberty. Many of them also have psychological problems or drug use ”, affirms this lawyer. Calls to mobiles, which are the highest priced, are the most common in your experience. "Many lawyers do not even have landlines", sentence.