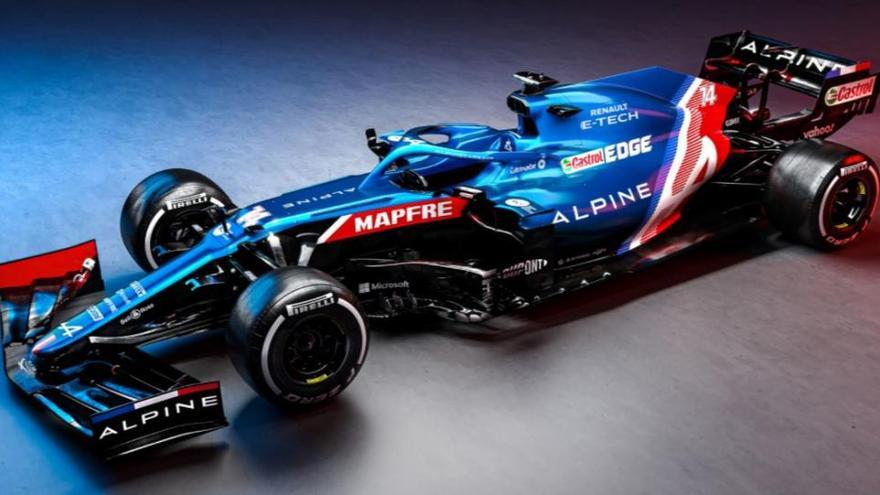 The French team of Formula 1 based in the United Kingdom Alpine F1 Team has presented this Tuesday its new A521, a single-seater with which they will debut in the ‘Gran Circo’ by the hand of the French driver Esteban Ocon and the Spanish Fernando Alonso, what is “very motivated” for returning to a team, being then Renault, with whom he achieved his two World Cups.

“Proudly representing the colors of the French and British flags, as well as the illustrious and historic Alpine racing colors, blue, white and red … Here’s our 2021 F1 car, the A521!“, they presented, virtually, the new car in the Alpine F1 Team.

A presentation that did not include Fernando Alonso, who is recovering from his accident while riding a bicycle, although the Asturian sent a message of optimism and ambition: “I’m very happy to be back after two years away from F1. I am very motivated to start this new episode with Alpine, and of course it is very special to return to the team with which I have achieved so much in the past. ”

“The spirit is strong in both factories, Enstone and Viry-Chatillon, and all we are very excited with those who are ahead of us“added Alonso, who returns to Formula 1 two years later and after having excelled in the Endurance World Cups and having made his debut with note, among other things, in the Dakar rally.

Yes it was, virtually, next to the new A521 of that historic Alpine electric blue with red and white touches, a young but veteran driver in the Renault group team: Esteban Ocon. “It looks amazing, it makes me proud to be French. I can’t wait to get behind the wheel,” he said.

“I am very proud to be from the Alpine F1 Team, it is a team that has united French passion with British pride, it is a perfect agreement. I am excited about the project, I want to be more ambitious. I am happy with the team’s goals, and the best way to show that ambition is to make ourselves visible and be at the forefront in the races, “he ambitioned.

Both Alonso and Ocon will try to make Alpine debut in Formula 1 in style. Despite having two cars in the past, they did not compete. Yes, Renault did, with success in the 2005 and 2006 World Cups thanks to the titles of Fernando Alonso.

Now, Alpine picks up the baton from Renault and he does so at the controls of his new team director, the Italian Davide Brivio, who arrives from MotoGP and after turning Suzuki into world champion, with the Spanish Joan Mir, in the last campaign.

“As a technical director I seek the best of performances and that the pilots can perform at their best. You have to know where we need to improve to reach an optimal level. We are lucky to have two great drivers, like Fernando Alonso, one of the most determined people in the world of sport, “he said.

“Alonso is an experienced driver, a title winner, and the best thing is that he unites the team. He knows us well, people from the past, but we are prepared to face the future. The experience of playing Fernando and Esteban will be good. Esteban is going to learn a lot from Fernando’s experience, and this one that Esteban already knows the team very well, “concluded Brivio.

Luca de meo, the CEO of the Renault Group, concluded the presentation with an ‘Allez Les Bleus’. “It will not be an easy 2021 but we will do everything possible to demonstrate, with podiums, the work done,” said the leader, who assures that he will face the debut of the Alpine F1 Team with enthusiasm and optimism.