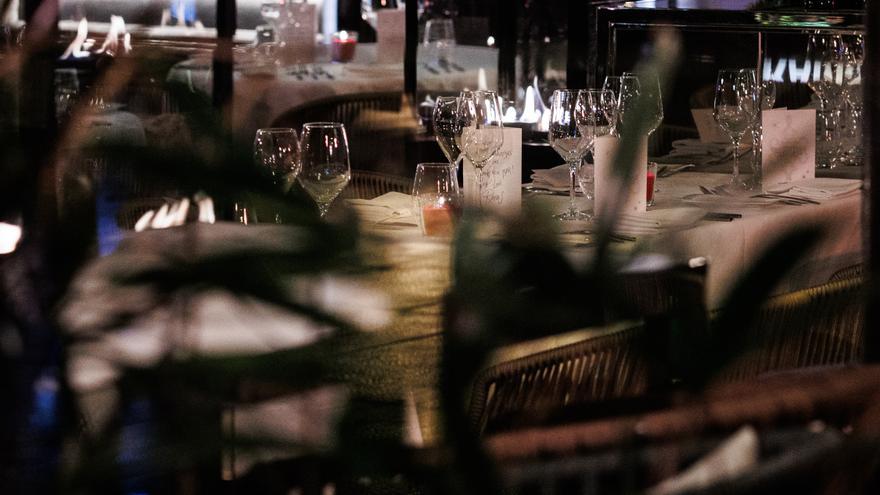 In María's family, the denialism of her sister Julia - fictitious names both at the request of the first - has broken what had always been a cohesive group prone to reuniting. Part of the vulnerable group due to age and health, María decided that she was not going to swallow with her sister's refusal to be vaccinated against COVID and moved away from her. "We addressed the issue once, very early in the vaccination period. He sent me denialist hoaxes on WhatsApp, I told him how could he believe those things and to stop doing it or I would block his number. His answer was that how could I do it. believe me (alluding to the official version about vaccines), but he stopped sending them to me. " This New Year's Eve will be the first in a long time that they have been separated.

Maria was not the only one in the family to take action. Two other sisters - there are five - told Julia that it was better not to visit them this Christmas, as she used to do. The result is that she has not been invited to the traditional family dinner on New Year's Eve, although this event has also seen the usual numbers of diners drastically reduced during the pandemic.

If family and friendship management is already complicated in times of pandemic, when one or more people in that environment have decided not to get vaccinated against COVID, the situation can be even more tense. What to do? Include that friend or cousin at dinner or not? Try to get them vaccinated? Take more protective measures or the same as if they were vaccinated?

For the epidemiologist Pedro Gullón, if we have unvaccinated family members or friends with whom we want to have a dinner or a meeting, the work should start in the previous weeks to try to find out why they have decided not to be vaccinated and see if there is any way to get them to do so. do. Be careful, yes, not to stigmatize. "Right now we are in a moment of high community transmission, and we can also use dinner to bring up the subject. But we should not stigmatize unvaccinated people either, this is very complicated from an ethical point of view. We can try to convince them, because of their well and that of others, but we do not have to take extra measures with those who are not vaccinated, "he says.

Care measures must therefore be identical to those we implement to meet vaccinated people: try to meet outdoors, in groups as bubble as possible, keep our distances, wear a mask, ventilate if we are in a interior, and recurrent hand washing.

Inmaculada Cuesta, member of the work group of the Vaccination Strategy against COVID on behalf of the ANENVAC, points out that unvaccinated people are "much more at risk of contracting the disease and of doing it seriously." "The risk is balanced in terms of transmission, anyone can transmit the disease, and that is why we must not lower our guard under any circumstances, even if we are all vaccinated. But an unvaccinated person suffers much more from the disease and transmits much more viral load for a longer time. So sitting them at a table supposes an added risk to that of all the others, "says the expert.

Antonio and Paula are a couple of engineers who are over 40 and who since their time as students share a group of friends from the faculty. A group of about 15 people who have endured geographical changes, couples, the appearance of children ... But the pandemic has created a gap that "may take time to close," they acknowledge. "We were always a group of critical people, from the left and that was reflected in the chat we shared. But with the pandemic and especially with vaccines, some began to share data from unofficial channels, strange Facebook groups: what if graphene , the lies of the WHO, Bill Gates ... And the friendly discussions became daggers ", Paula sums up.

Antonio also points to vaccination as a turning point, and acknowledges that the tone rose with child punctures: "Someone commented that he did not get vaccinated for himself or for his children but out of solidarity and collective responsibility and another friend, who is against the vaccinated, was offended and decided to leave the chat. "

However, before the arrival of the parties the most conciliatory tried to repeat the annual meeting of the gang. But there was no quorum. "No one said it openly, but I think that what happened to me happened to many: I was not going to drink beer with unvaccinated people in a closed space," acknowledges Paula. "Besides, why stay if you know that any conversation is going to end in a confrontation? Antonio wonders.

The expert Inmaculada Cuesta endorses prudence: "I do not want to enter into emotional controversy, but speaking from a purely scientific point of view, the truth is that unvaccinated people transmit the disease much more because they suffer from it with a much higher viral load, for longer and they are much more at risk of having it in a serious way. In fact, the vast majority of people currently in ICUs are unvaccinated".

Pedro Gullón also assures that a table where there are full of vaccinated has much less chance of transmitting the virus, although he insists that omicron "has a lot of capacity to be transmitted, even among vaccinated, although in a milder way ".

"We already know that vaccines prevent transmission, although it is not their main objective, but to reduce serious cases, deaths and hospitalizations. But they also partially stop transmission, with which a non-vaccinated person has a better chance of catching the disease and transmitting it. Even so, we must not demonize them or abandon them at the table; ahead of everything that has to do with COVID we are human beings and we fraternize, "says Gullón.

Ana and her boyfriend Rafa are 25 years old. He only has the first dose of the vaccine, which was given in the summer. According to her, "out of carelessness, misinformation and, deep down, out of fear." It is something that has generated a lot of conflict in the couple, to the point that they have hardly seen each other these days, since Ana did not want to expose herself to a contagion and that her family would be at risk when they meet for Christmas. Rafa has spent the holidays alone with his brother, because a few days ago his father and uncle tested positive and are confined. Her grandmother has passed and will spend all the celebrations alone, at the risk of contagion. He has already agreed to take the second dose.