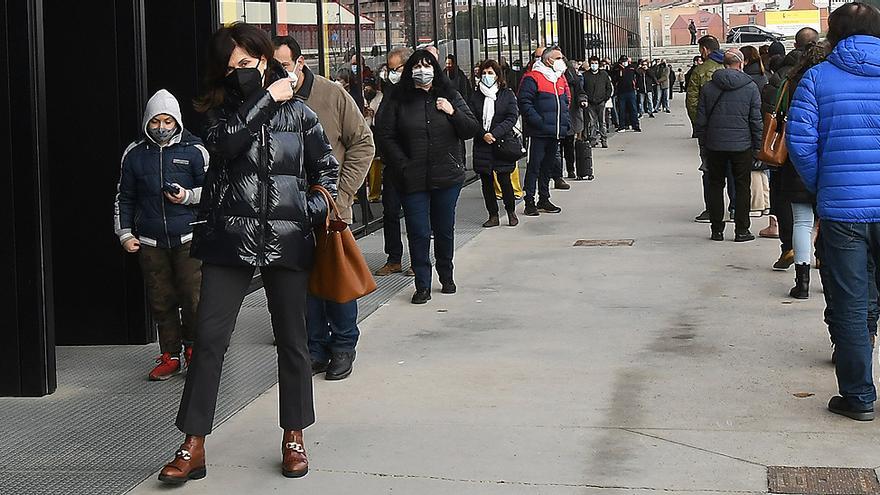 Nobody could imagine that with almost 90% of the Spanish population vaccinated, there would be a new stake of the Covid-19 of unknown dimensions. The concern among citizens is maximum. However, the current tsunami has, precisely thanks to immunization, characteristics so different from the rest of the waves that some experts think that it could suppose the beginning of the end of the pandemic. Others, however, are not so optimistic.

The debate has been opened, among others, by the doctor Javier Zulueta, who has worked at the Clínica Universidad de Navarra and is currently a pulmonologist at the Monte Sinaí Hospital in New York. On December 23, he wrote on Twitter that he "has the impression" that the Omicron variant "ends the pandemic ", since the vast majority of cases that causes they are mild. "In South Africa the incidence is falling just as fast as it rose. This is over," he wrote, in a tweet that, given the need for good news in the face of such an uncertain outlook, has more than 87,000 'likes'.

I have the impression that Ómicron ends the pandemic. The infection rate is brutal, but the vast majority with very, very mild symptoms. In South Africa, incidence is falling just as fast as it has risen. This is over.

He immediately came out in support of his former partner the doctor Jose Luis del Pozo, director of infectious diseases of the Navarra University Clinic. The also specialist in microbiology pointed out, in the same social network, that he agrees with "the optimistic approach" because he is seeing "the natural evolution of a virus in fast motion."

During the time that I have fought covid19 in the trenches with a pulmonologist / friend / colleague like Dr Zulueta, I have learned that listening to his reflections is always worthwhile. I agree with your optimistic approach @ClinicaNavarra @mgsanemeterio @drmcferry @one V

In statements to El Periódico de Catalunya, Del Pozo explains his conclusion. First of all, acknowledges that the current situation is "bad", unambiguously, given the saturation in Primary Care, emergencies and the increase in hospitalized patients, which will continue "in the coming weeks." However, it emphasizes that it is a hello "different" which, due to the high vaccination coverage, is causing "milder pictures".

For this reason, for the first time in the pandemic, the incidence and hospitalization curves are very different. The first grows exponentially and without even showing a flattening while the second increases slowly. This scenario helps, according to Del Pozo, vaccination but also "natural evolution of the virus", given that the very serious variants have less possibility of replicating because the infected die or are admitted and remain isolated for longer, while the mild strains have a more" contagious capacity ".

"We have known for a long time that viruses that jump from animals to humans have a tendency to die out or settle to the population causing milder symptoms, it is the natural evolution that is also expected with the Covid ", he maintains. That is why he considers that the current wave supposes" a inflection point"and that from here on" there will probably be a seventh or eighth wave "but now more" residual ", so that the Covid becomes one more "coronavirus".

It has also joined the optimistic thesis the Deputy Minister of Health Assistance of the Community of Madrid, Antonio Zapatero, who considers that "we are in a transition stage"in which Omicron can make Covid become" an acute respiratory disease with endemic characterHowever, the deputy counselor has acknowledged that, for now, there is no conclusive "evidence" and "it takes time" to know how the pandemic will really evolve.

Despite this, he has predicted that next week the contagion peak in Madrid, something that almost no one dares to predict despite the fact that in South Africa there has been a vertical drop in infections.

"It will last for months"

In fact, the physician and researcher Salvador Macip, warns that the situation in South Africa is so different from the Spanish one that "it is difficult to draw parallels." In his opinion, the end of the pandemic "depends on not appearing new variants "serious, given the vaccine shortage in much of the world. The UOC professor also shares that Covid will become an endemic disease, "but it is premature to say when it will happen, whether in the next few months or next year." "We have for months surely", predicts.