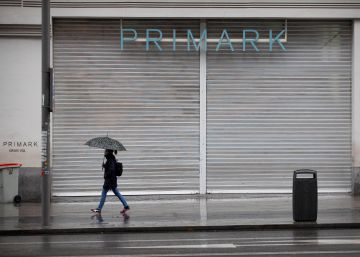 The decree of the state of emergency in Spain has caused the temporary closure of the almost 15,000 establishments that the textile sector has in the country. An activity that will remain for weeks without its main source of income, since online accounts for an average of 7% of the sector’s sales, much less in small merchants, which also do not have the financial lung or the ability to recover. of large groups.

But small, medium and large operators will encounter a common problem when they begin to be able to close their stores: the amount of merchandise accumulated and that has not been able to be sold in stores in these weeks and in those that are to come. A problem that still seems distant given the current situation, but that the sector will have to face if, as expected, it can go back to work before summer arrives.

Once the winter sales were over, the new collections began to reach the premises, although February and March are traditionally off-peak months in terms of sales, as sources in the sector explain, so that the bulk of them usually move from April , when temperatures start to rise.

In April, the stores will continue to be closed for at least another two weeks, and it remains to be seen the rate at which they will be able to open with all the material to sell.

Added to this is another problem: although there were fears of a possible shortage due to the closure of factories in China, the main suppliers of the large companies in the sector are working again and sending material to Spain. As logistics sources linked to the textile sector explain, warehouses begin to fill with material that cannot be taken to stores, both Spanish and the rest of the world, which have also begun to close, and for which it continues to arrive, while the activity Online does not serve to decrease the stock.

As recognized by the same sources, this will generate an urgent need to sell once the activity recovers, and this translates into an intensification of the already frequent promotions prior to sales, and above all a “historic” summer discount campaign by the amount of gender left to sell.

The coronavirus has had an impact of enormous dimensions in a sector that did not start the year on the right foot. Accumulated sales between January and February were 2.4% lower than those generated in the same period last year. The closing of almost a month of the stores will mean an almost lost semester.

The Malaga textile company Mayoral, specialized in children’s mode, yesterday announced the donation of 3,000 special protective suits for health personnel, in addition to 10,000 gloves and 20,000 masks that will arrive in Spain between this week and next. The firm also claimed to be “looking for more material to get it to our country as soon as possible.” This joins initiatives such as those of Mango, which has mobilized two million masks that it will transport through its own logistics chain; or Inditex, which has mobilized material from China and is studying the possibility of producing protective suits.

Who has to go to work from Monday to April 9?